With red carpet events returning in full swing this year, celebrities have made it their business to pull out all the stops again. There’s been countless events in 2022 and we’ve seen plenty walk down in all kinds of dresses and suits. While some surprised us with their fresh-off-the-runway gowns, several pushed the boundaries of what conventional formal attire should look like. More notably, there were daring dressers who proved that it’s fun to take fashion risks. Think Rihanna’s edgy maternity style or consider Timothée Chalamet’s elevation of a sparkly Louis Vuitton jacket by going shirtless.

At major award shows and movie premiers, Hollywood’s mainstays and newcomers did not disappoint. During the Oscar season, we saw Megan Thee Stallion, Ariana DeBose and Zendaya deliver unexpected, statement looks made by Gaurav Gupta and Valentino. When it came to film festivals at Cannes and Venice, rising stars made their mark in custom designer pieces as we awaited some of 2022’s buzziest films like Baz Luhrmann’s Elvis and Olivia Wilde’s Don’t Worry Darling.

And then there was Kim Kardashian, who created a stir with her Met Gala appearance. Wearing the exact Bob Mackie dress that Marilyn Monroe had for her walk up the Met Museum’s steps may not have achieved Kim K’s intended outcome, but the controversy surrounding her choice to fit into a delicate piece of fashion history managed to turn red-carpet dressing into a serious debate.

From Hollywood A-listers to red carpet underdogs who deserve more of the spotlight, scroll to see Vogue Singapore’s shortlist of the breakout style stars who defined 2022 with their distinctive fashion perspectives.

This year, no other celebrity has risen the ranks to achieve It-girl status quite like Julia Fox—just with her daring wardrobe. On the streets, the Uncut Gems actress became notorious for wearing the most outrageous outfits and on the red carpet, Fox ruled the avant-apocalypse aesthetic. Her dramatic style sparked trends too, from intense graphic eyeliner to barely-there latex garbs and more. While her slew of skimpy tops and ridiculously low-rise pants raised eyebrows, they entertained the fashion world nonetheless. It’s safe to say that for all of Fox’s 2022 antics, she’s made us want to be more experimental with our style.

The cool mom: Rihanna at a Fenty Beauty party in Los Angeles

Throughout 2022, Rihanna did not let her impending motherhood stop her from maintaining the streetwear looks and high-octane glam she’s known for. The singer made that sentiment clear back in February with her skin-baring ensemble at a Fenty Beauty launch party: a sparkling, lime green top and silver-purple ombré trousers by The Attico. The singer never once attempted to hide her changing figure with a baggy dress either, which made headlines for revolutionising pregnancy style. From what Rihanna has shown us with her sartorial wisdom, maternity fashion can be joyous and rebellious, too.

2022 saw Anne Hathaway coming back with a series of head-turning public appearances. From Valentino’s Pink PP ensembles to vibrant jumpsuits by Christopher John Rogers, Hathaway has worn all sorts of on-trend outfits. Most notably during fashion month, Hathaway had the internet abuzz because of her accidental Devil Wears Prada look at the Michael Kors spring/summer 2023 show. At the premiere of her latest film Armageddon Time, Hathaway made a strong start for her Cannes Film Festival debut that confirmed her triumphant return to the movies. The actress showed up in a sequinned white Armani Privé column gown and paired the dress with Bulgari’s Mediterranean Reverie necklace.

Sadie Sink may be nineteen years old, but the Stranger Things actress has proven herself to be one to watch this year. Be it Fendi pantsuits or Miu Miu dresses, Sink has always found a balance between elegance and comfort. As the actress finds herself getting bigger roles, she’s also getting bolder with her red carpet looks. As seen at the Venice Film Festival premiere of Darren Aronofsky’s The Whale, Sink looked every inch the movie star in a sparkling Alexander McQueen tulle dress with crystal harness embroidery. It’s a breakout red carpet moment for Sink and she’s one to watch in the years to come in our books.

The first Monday in May always lives up to its name as “fashion’s biggest night out” with the Met Gala‘s theatrical dress codes. While several ignored this year’s theme of Gilded Glamour, Blake Lively made an entrance with a transformative Versace gown that paid tribute to New York’s architecture. As the co-chair ascended the museum’s stairs, she undid an oversized copper bow that revealed rest of her metallic ensemble: a teal train embroidered with the constellations found on the ceiling of New York City’s Grand Central Station. It’s testament to Lively’s dedication to the museum’s sartorial challenge and we’ll be watching closely at her next Met Gala appearance.

The best supporting actor nominee may not have won big at the Oscars this year, but he did serve one of the best menswear looks on the red carpet. Seeking to veer away from the traditional black and white suit, Kodi Smit-McPhee and his stylist Jared Eng tapped Bottega Veneta to create a powder blue ensemble: a double-breasted tuxedo and matching boots with the maison‘s interreciato weave. To finish off the outfit, Smit-McPhee layered plenty of Cartier jewelry from head-to-toe. It’s a great Oscar debut for Smit-McPhee and Matthieu Blazy, who showed us that red carpet style for men doesn’t have to be flashy or boring. Suiting can subtly challenge conventions, when there’s attention to fit and colour.

Throughout the press tour for Luca Guadagnino’s Bones & All, Timothée Chalamet and Taylor Russell never failed to surprise us with their statement looks. At the Venice Film Festival, Chalamet’s backless red suit and Russell’s green couture gown sparked a viral sensation. Later at the 66th BFI London Film Festival, Chalamet and Russell continued their masterclass in red carpet styling with a white Alexander McQueen suit and custom Schiaparelli dress, respectively. It’s been an exciting year for the two young actors in the realm of the silver screen and we’re hungry for more thanks to the magic of their stylists Erin Walsh and Ryan Hastings.

Out of all the celebrities who slipped into a vintage dress this year, Kylie Jenner takes the crown for delivering an unforgettable moment straight from the Mugler archives. At the opening of the Brooklyn Museum’s exhibition ‘Thierry Mugler: Couturissime’, Jenner turned up in a black corseted gown from the designer’s autumn/winter 1995 show. Jenner truly committed herself to the theme of the event, pairing the form-fitting dress with feather-trimmed opera gloves. The pièce de résistance? A diamond headpiece from Mugler‘s 1999 collection. The overall look, regal and theatrical, is certainly one of the year’s best tributes to the late designer in light of his passing in January.

Tilda Swinton is undeniably the bleached blonde of Hollywood who isn’t afraid to pull off a daring look, no matter how avant-garde it may be. The Fashion Awards earlier this month saw Swinton collaborating with flamboyant British designer Charles Jeffrey—a union that delivered an otherworldly ensemble on the red carpet. Swinton and Jeffrey both share Scottish origins and a love for the arts, which translated in their collaboration. Swinton showed up in a floor-length and double-breasted trench coat that’s covered prints by Scottish artist John Byrne, paired together with a quiff hairdo and bold red lip. If anything, it would be great to see the designer and his muse pursue another artistic endeavour together.

From the runway to viral products, Vogue Singapore recaps the best of beauty in 2022 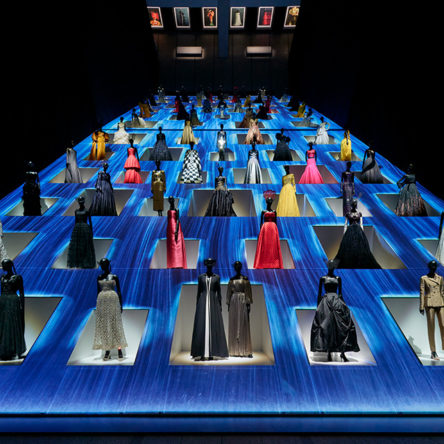 Fashion lovers rejoice: Here’s what to get up to this festive season 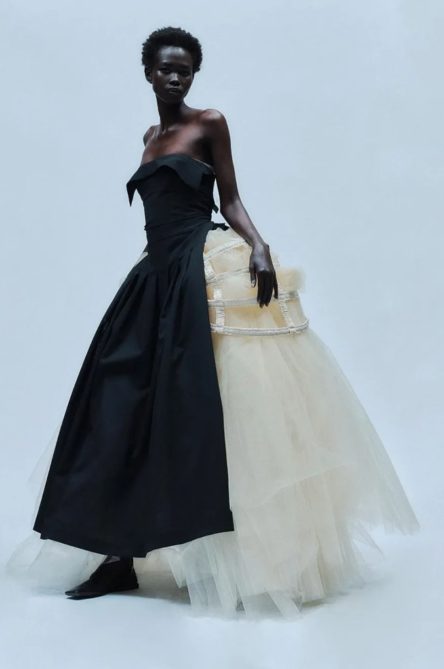 The emerging fashion brands that deserve to blow up in 2023 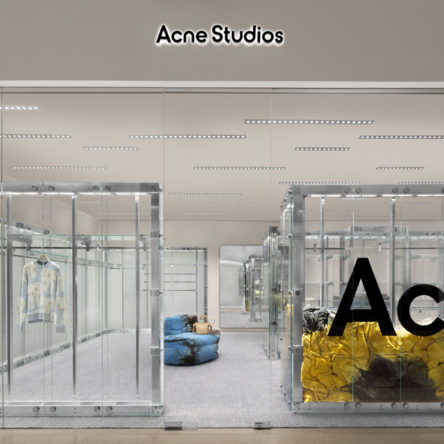