The pandemic has kept Prabal Gurung from visiting his native Nepal for nearly three years. “It’s a tale of two cities,” he said of his new fall collection, “the city I live in, New York, and the city that I long for, Kathmandu.” Gurung’s heritage has informed other collections in recent seasons, most notably the spring 2020 show where the models emerged at the finale wearing sashes printed with the question “Who gets to be an American?”

The east-west dialogue here was in a lower key. Gurung adapted the traditional midriff-baring choli blouse, adding crisscrossing straps that connected the top and bottom of dresses in embellished tweed or sequinned animal prints. Other dresses applied sari draping techniques; turquoise or rhododendron print silk swagged at the hip or cowled at the neckline. The go-to dip-dyes that Gurung produces in Nepal made a return appearance here on stretchy ribbed knit dresses; he paired them intarsia’d furs that picked up their colours.

“I always say my woman is unapologetically feminine and glam, but this has a little more pragmatism to it,” Gurung said. By that, he must’ve meant the single black pantsuit in a shimmering cloqué, belted at the waist for a flattering shape. More tailoring wouldn’t have gone amiss, particularly considering the emphasis on bared midriffs elsewhere. Backstage Gurung explained that he has a lot of mother/daughter pairs as private clients, but those moms were a little underserved here. One look that delivered unapologetic glamour? Precious Lee in Gurung’s purple sequins. 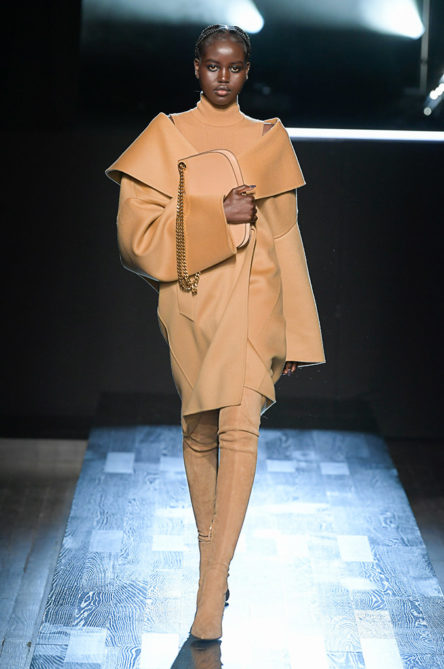 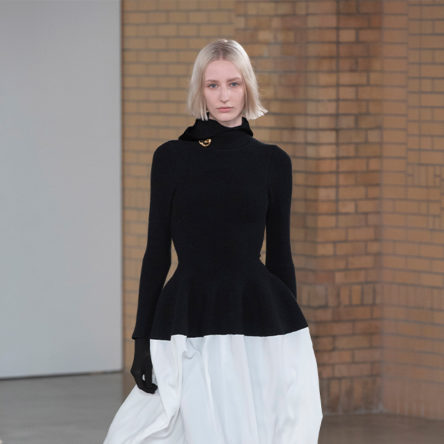 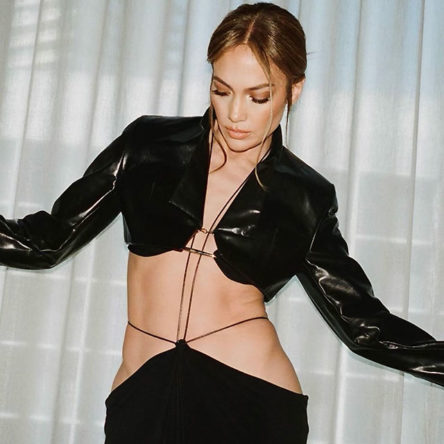