There’s something so obnoxiously buzzwordy about ‘the metaverse’—the marketing machine’s new mantra—you almost feel sorry for the science fiction writer who coined it three decades ago. When Jonathan Anderson referenced it in his J.W. Anderson collection last week, he said, “I was using it more in an ironic way. The idea that it doesn’t really do anything.” For all its techy surrealism, his Loewe collection was not a wardrobe for the metaverse. In fact, it felt a lot like it was trolling the very idea of our digital lives lived on phones, and the hoopla whipped up around trendy concepts like the metaverse.

If our attraction to VR and AR and whatnot is founded in the idea of possibility, Anderson’s collection was a twisted take on how these imaginings translate into real life. He illustrated it in decidedly normal things made abnormal. Shorts were embellished with sparkles that looked like raindrops, as if it had rained crystals. A wool coat had a gilded stain on its lower back “as if you sat on a park bench and it was gold.” Coats and tops were punched with big bathroom eyelets like you’d digitally dragged your most mundane morning surroundings into your wardrobe. Shoes looked like bags, and transparent coats were actually made of leather. Executed with deliberate naivety, Anderson’s subversions were testament to the frustrating limitations of the digital age: We’re so close, yet so far.

A series of garments satirised our relationship with technology. The sleeves and lapels of a furry coat had fiber optic lights inside them creating the illusion of wetness, the illuminated waistband of trousers made them seem like they were floating, and the entire frame of a coat was lit up. “It’s the idea that you become backlit because everything on a phone is backlit,” Anderson said, referring to the way we see things on our phones and the way our screens light up our faces. Balaclavas with heart-shaped peepholes played on the idea of digital frames.

Similarly, the orbital hem of a shirt and the waistband of shorts were bent in separate directions so it looked like you’d skewed them in FaceTune. It evoked the DIY editing accidents you sometimes spot in people’s selfies where the person looks like a supermodel while the retouching process has turned the background into an abstract painting. We all follow someone like that. And those t-shirts and jumpsuits with faces and bodies printed on them like optical illusions? They were worn by the models who posed for them, distorting and reshaping their physiques the way we do it on those beautifying apps.

Anderson’s collection was an exercise in the surreal, but a post-digital era take on the genre, which he said was more “psychotic” in an existential way. (Try hard to understand the metaverse, NFTs and cryptocurrency for long enough, and you’ll make yourself psychotic.) “Who are we? Where are we going? Is it real, is it not real? Are we in that moment? Do we believe what we say?” In a world where we’re more fascinated with creating a metaverse than improving the real one, those were good questions.

Poignantly, the designer included elements of camouflage in the collection—printed on thick, rubberised silk—as an extension of those thoughts. “There’s something in camo at the moment that feels very odd as a relic: what we don’t want; what it was purposely used for. We don’t even do war anymore, we kind of do digital war,” Anderson reflected. Many elements in the show ultimately served as little wake-up calls: snap-out-of-it mechanisms. He presented the collection in a venue lined with torn up flags and covered in crystallised sand. “It’s not about sand as a pleasant experience,” Anderson forewarned. “In the end, everything turns to dust anyway.” 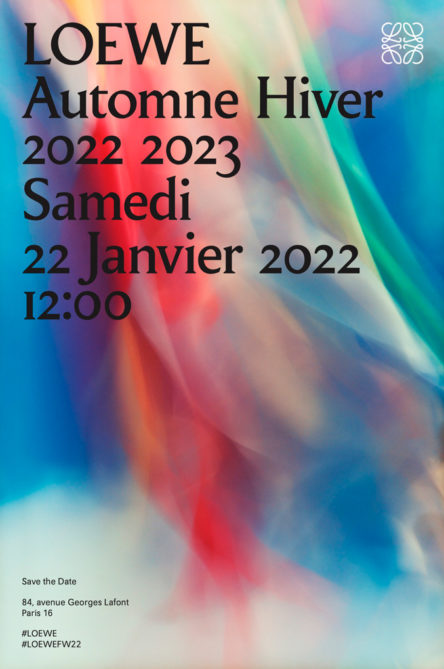 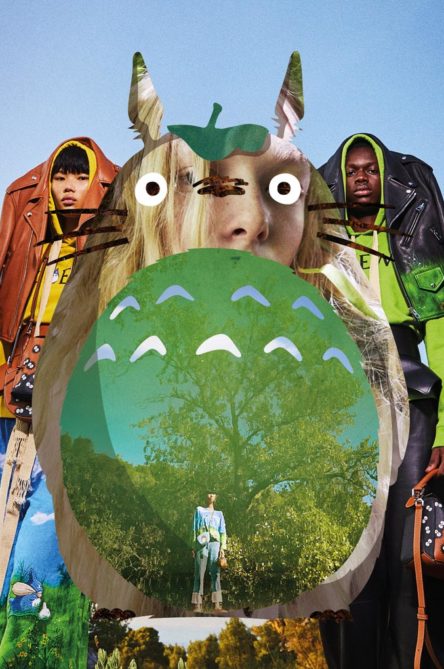 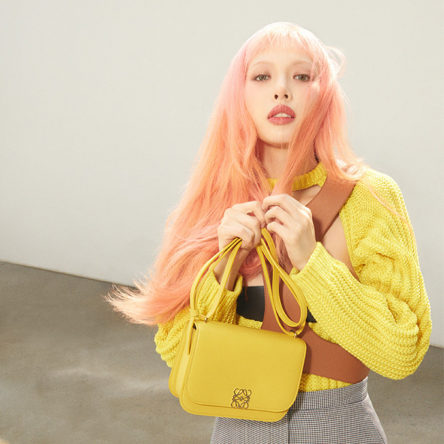