After four years, the Jurassic World trilogy is finally making its comeback in theatres on June 8. This time, Jurassic World Dominion will be featuring an ensemble cast filled with familiar faces from the original Jurassic Park franchise. Jeff Goldblum, Laura Dern and Sam Neill, the powerhouses of the original Jurassic Park movie will be returning to reprise their roles, making this the first time the trio will be appearing on screen together since the 1993 film. Currently making their way through Mexico City and London, the cast has been making waves across cities while promoting the new film.

The standout style star amongst the gentlemen? Undoubtedly, Jeff Goldblum, who rocked a black and white ensemble, styling a suave leather jacket over a printed shirt along with some sharp Prada shoes. The 69-year old actor is no stranger to the fashion world, having made his runway debut with Prada for fall/winter 2022 at Milan Fashion Week. Since playing iconic roles in classic films like Independence Day and The Life Aquatic with Steve Zissou, the Internet’s favourite ‘Zaddy’ has successfully won over Gen Z for his eccentric mumbling mannerisms and larger-than-life personality. But most importantly, he’s known as the ‘drip king’ on Instagram for pulling off the wildest of ensembles effortlessly.

Possibly a match made in heaven—Andrew Thomas Vottero, Goldblum’s stylist has undeniably played a pivotal role in the actor’s style evolution, including but not limited to his current quirky garments. Besides killing the eyewear game with his funky frames, Goldblum is never one to shy away from clashing graphic prints and bright colours. Perhaps it’s his towering 6ft model-like frame that completes the look, but what’s certain is that the silver fox takes the cake in serving up the best and boldest fits. Below, Vogue Singapore looks back at his greatest fashion moments.

Goldblum works a Prada shirt, made in collaboration with French artist Christophe Chemin.

Tan suits for the win

Looking dapper in a tan suit, Goldblum jazzes things up with a loud printed button-up along with a pair of gold-rimmed Jacques Marie Mage aviators.

Sporting yet another Prada graphic button-up, Goldblum proves that age is just a number when it comes to wearing bold prints.

Goldblum’s idea of an athleisure fit consists of a metallic Celine windbreaker along with a pair of Dries Van Noten shorts.

In this ensemble, Goldblum pulls off a Loewe x Paula’s Ibiza shirt paired with floral shorts by Pleasures, completing the ultimate maximalist look with a pair of lime green calf-hair loafers from Marni.

Only Jeff Goldblum himself could pull off this devilish yellow cardigan from Brain Dead over a rainbow tie-dye T-shirt along with a pair of shamrock green pants.

These zebra print pants from Isabel Marant are a Jeff Goldblum favourite, having made multiple appearances on the star’s Instagram grid.

Not just your average black suit

Goldblum does not play when it comes down to elevated suits. This textured Givenchy set is paired with a snakeskin printed tie and complementing shirt from Saint Laurent. Zebra print makes yet another cheeky appearance on his footwear.

Yes, iridescent light-up skates are part of this look. His graphic tee from Online Ceramics is paired with a jacket from Bode, serving up the bold spirit of the ’70s.

The silver fox dresses up a simple graphic tee and black slacks with a cerulean blue fringe jacket, not forgetting, his signature Jacques Marie Mage spectacles. 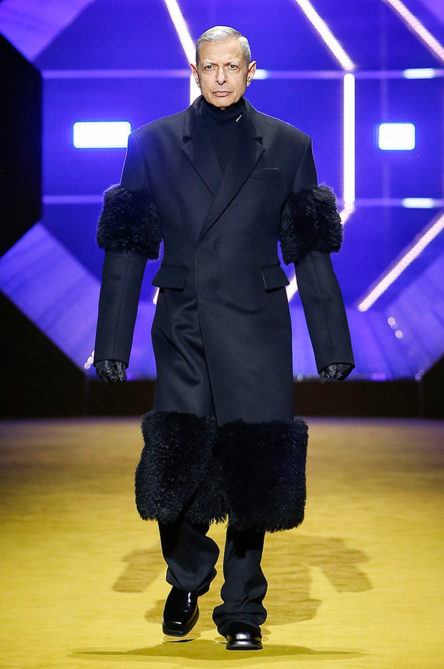 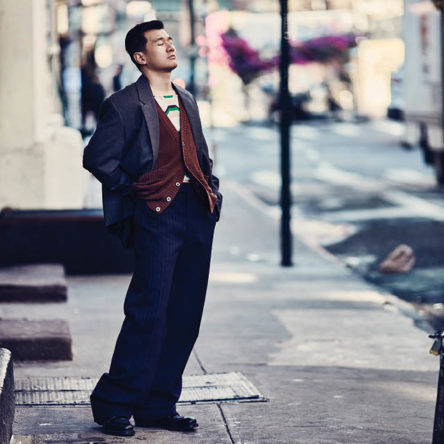 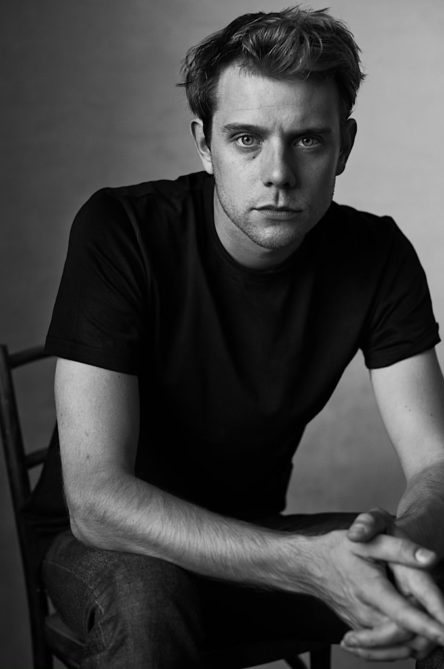 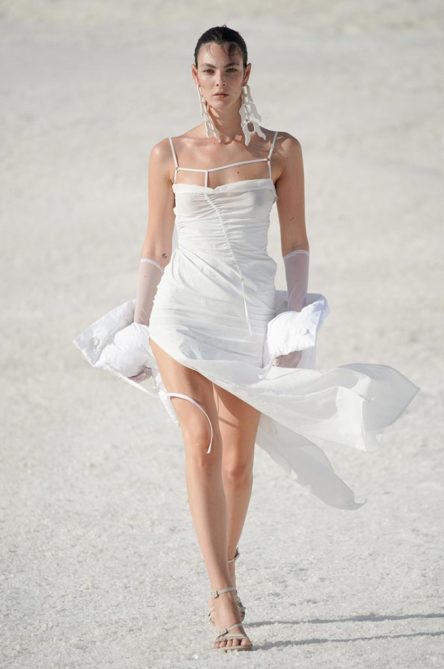 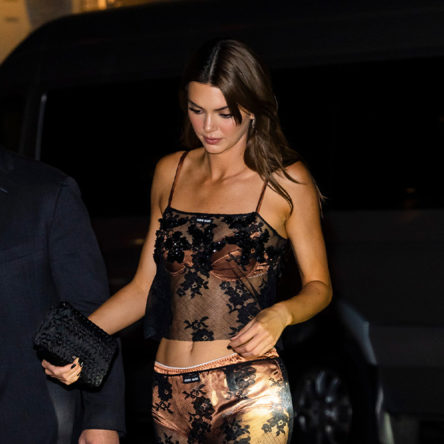 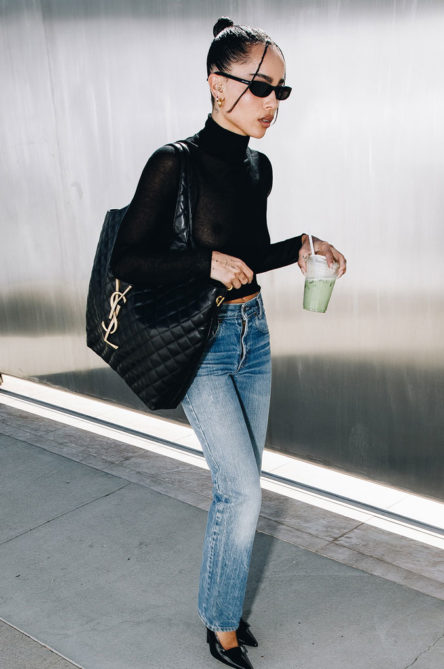