Since last March, the world as we know it has been dramatically transformed by the global COVID-19 pandemic. And, the fashion industry is no exception. Fashion weeks worldwide have been cancelled, brands have shuttered, and runway shows and photoshoots have had to be radically pared down. At the heart of this maelstrom is one of the industry’s most crucial but also most vulnerable groups: fashion models. Now that travelling for work and gathering on sets are much more restricted, many models have seen their job opportunities plummet.

But these unprecedented times have also given rise to unprecedented innovations. Over the past year, the fashion world has risen admirably to the challenge of moving things online. Virtual photoshoots, digital runways, and augmented reality try-ons are just a few of the exciting developments we have witnessed. Local modelling agency Basic Models Management even started a class to educate models on curating their online presence as well as a content creation studio that models could use to film social media content.

To find out more about how the pandemic has upended the fashion industry, Vogue Singapore speaks to three of Singapore’s top models—Diya Prabhakar, Kaci Beh, and Aimee Cheng-Bradshaw—about how they’ve tried to make the most of a tumultuous year.

On not being able to travel for jobs

Diya: I’ve been living and working in New York for the past four years, and I would also go to Milan and Paris for work. Pre-pandemic, I would only return to Singapore twice a year, in July and December when things were slower in Europe. But I came back to Singapore last March when the pandemic hit and have been here ever since. I never used to get much work in Singapore because I wasn’t around long enough and I thought I didn’t really have the look that local brands prefer. But to my delight, all the work I’ve gotten in the past year has proven me wrong!

Now, my New York agency does a Zoom call every three months with all the models who are overseas to check up on us and give updates about the situation in NYC. But even when they said that I could go back in late 2020, I didn’t think it was safe to go. A part of me envies models who are still in New York because they are getting all the opportunities since no one else is there. But I’m still glad I made the decision to return to Singapore because I want to stay safe and I might have gotten depressed being alone in New York.

Kaci: In the past, I would travel to Europe every February and September for fashion week. I would stay there for about two months, travelling between places like Milan, London, and Paris. Because of the pandemic, I missed out on two fashion weeks and a lot of opportunities to shoot or walk for brands overseas. I felt like I wasted my whole year. I did consider travelling back to Europe for work, but forking out money for quarantine just didn’t seem worth it to me.

Aimee: I used to travel once or twice a week for work, mostly to Europe, but I am unable to do as many overseas projects now.

Aimee: I walked in Louis Vuitton’s SS21 ‘Phygital’ show in Singapore. It was a hybrid format where there was a small audience but it was livestreamed. Although there weren’t many people watching, I felt the same energy and adrenaline I would usually get from a regular show. It was also exciting knowing my family could watch safely from home.

But the challenge with digital shows is that it requires a lot of artistic shots to create the final video. At another show, us models were basically doing walking shots non-stop for almost four hours…my feet were so sore by the end!

Kaci: Doing digital shows feels kind of weird because there’s a smaller audience—the atmosphere doesn’t seem as “grand” as before.

Diya: I did a digital show for The Front Row around mid-2020. It felt more like a video shoot, because they filmed the models walking in a straight path at the National Museum of Singapore, then spliced the video and arranged the clips to make it look like we were walking down a runway. It required a lot of coordination to make sure all the frames lined up and they had to be very strict about the length of each clip. I think they did a great job with the final video considering it was everyone’s first time!

At a typical show, I would only get one shot to be the centre of attention and I would always be worrying about a complicated outfit, the shoes not fitting me or potentially tripping. But since this digital show was more like a video shoot, I had more time to get a feel of things and get comfortable. So I think I actually did better!

Diya: Last July, I did a virtual videoshoot for Pomelo by myself at home, although the Pomelo team gave me directions over Zoom. I was a little nervous about people seeing my personal space, but I thought my room looked really nice on camera! I lucked out because someone came over to help me set up the film equipment and lighting, while some of the other girls had to do their own set-up. They were coached on how to do it over Zoom and got family members to help, but the process was still very complicated. It ended up taking them 12 hours just to get a few pictures.

Diya: Hygiene during the glam process has improved so much. In the past, make-up artists would use the same brush on as many as 40 girls, and my skin would end up breaking out. But now, it’s mandatory to use separate brushes for every model.

Aimee: Brands are engaging a more diverse spread of change-makers over social media, especially since the Black Lives Matter movement began last year. And because in-person shoots are less likely now, models can take more charge of the process, which allows them more room to showcase their creativity.

Kaci: I think people are becoming more creative when it comes to runway shoots and photoshoots, such as webcam shoots, virtual runways with funky CGI effects, or even using a treadmill as a runway.

On exploring non-modelling paths during the pandemic

Aimee: Last year, I started a YouTube channel to share insights about the modelling industry and also talk about things I love. I had tons of time to create YouTube content while staying home during the Circuit Breaker.

I also made use of all my downtime to train as a spin instructor! For quite some time, I’ve been wanting to develop a passion outside of modelling, and it has been the most exciting journey so far. I started teaching officially this March.

Kaci: I started my own clothing brand called Mr.Kaci with my boyfriend. In the past, there were people who would make snide comments about my rather androgynous style. But I can proudly say I love the way I dress, so I wanted to curate an online store selling clothes I personally adore.

I use Tellonym and Instagram to share with my audience what fashion shows and shoots are like during the pandemic. I also started using TikTok to create runway shows at home using my own clothes.

Diya: It’s been hard doing both school and modelling. I’ve been doing online classes with my college in New York, but because of the time zone difference, my schedule is messed up. I wake up at 5am for online classes, go back to sleep around 9.30am when they end, then wake up again at 2pm. I have more classes at night, so I only sleep at 2am before having to wake up at 5am. On days when I also have modelling jobs, I might only get two hours of sleep.

On self-care during the pandemic

Aimee: Exercise boosts my mood and energy so much, and it’s extra motivational to work out together with my family—we now go to the track for runs together. My new bullet journaling hobby has also helped my mental wellness a lot.

Kaci: I’ve picked up new hobbies such as making patchwork clothing and illustrating. I also started an Instagram food account where I do food reviews.

Diya: I like running outdoors and doing at-home workouts. Once in a while, I get hit by the urge to pursue some random goal. For instance, if I want to improve my flexibility, I will aim to do stretches every day. Right now, my new goal is to not snack so much and get in better shape since it looks likely that I’ll be going back to New York soon. When I was living in New York pre-pandemic, I was so stressed out since I had to manage everything alone, from school to modelling to taking care of myself.  So it’s really nice being back home and enjoying my mum’s homemade meals. I just feel so light and happy.

A professional matchmaker shares how COVID-19 has changed romance 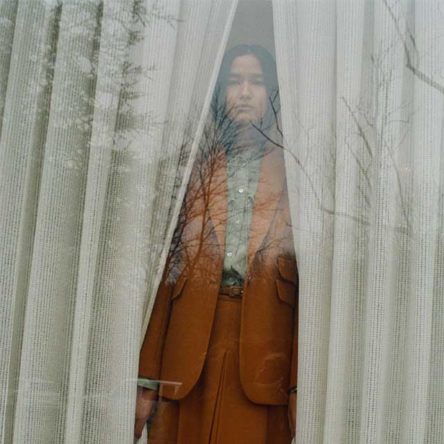 Ask a psychologist: How can we stay mentally buoyant during new Phase 2 (HA) measures? 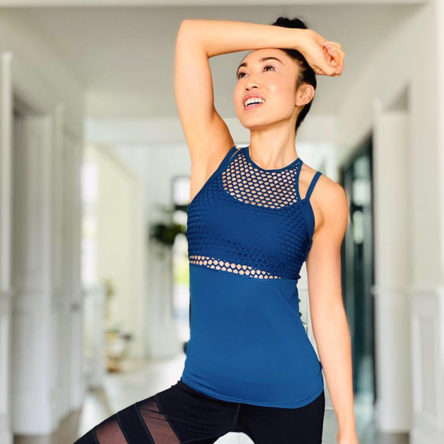