Singaporean cinematographer Lavender Chang has made a film. Her second venture with artistic collaborator John Clang, Chang has once again slipped behind the camera to bring an artistic vision of nightmare, obsession, and illusion. The result is A Love Unknown, which follows a woman in New York and her estranged daughter in Singapore, each grappling with anxiety, depression, and existential despair. The film follows them over the course of four days, dipping in and out of two parallel universes.

Interested in ideas of time and mortality, Chang was an award-winning photographer first, exhibiting works in the likes of China, Malaysia, and Singapore. An ambitious artist, though, Chang has never been one to shy away from a conceptual challenge—or to stop growing. In 2018, she put on her cinematographer’s hat for the first time, jumping onto Clang’s debut feature, Their Remaining Journey.

The rest, as they say, is recent history: in 2020, A Love Unknown premiered. It has since gone on to become an official selection at the International Film Festival Rotterdam and the DMZ International Documentary Film Festival. Later this month, will open the Singular Screens programme at the Singapore International Festival of Arts, and be available to stream via SIFA On Demand.

Chang took time out of her busy schedule recently to sit down with Vogue Singapore and talk about her love for shooting on film, discovering new projects, and developing artistic relationships.

How did you initially become interested in photography?
I was a painter first. I encountered photography first at Temasek Polytechnic, where I was majoring in visual communications, then started making art with it at the School of Art Design and Media at Nanyang Technological University. Since then, I’ve juggled art photography with commissioned projects, focusing mainly on portrait photography. I find that attempts to capture a person’s essence helps me to understand people better, and helps me approach my art with a more personal perspective. It’s important to me that what I do to support myself also contributes to my artistic growth.

How much of a community is there in Singapore for photographers?
The photography community in Singapore is close-knit; we have [gathering and exhibition] places like Deck and Objectifs. But it is also a rather crowded scene with lots of competition. There are still far fewer female photographers than male. I do feel that it is more difficult for me to seek commission work as the industry still prefers to trust my male peers. Still, I love being a female photographer and the obstacles will only make me want to prove myself more.

I also appreciate that my gender makes most of my subjects feel comfortable to be in front of my lens. For example, some of my projects require me to have a heart-to-heart talk, or go to people’s houses to stay overnight. Some people have told me they would not have agreed if I hadn’t been female. Maybe one day I can be Annie Leibovitz of Singapore! Joking aside, I feel very fortunate to have this opportunity to be a working photographer. It is definitely not an easy route.

When did you first start doing cinematography?
I was never trained in cinematography. So it was a shock when John Clang approached me to film his debut feature, Their Remaining Journey. I didn’t hesitate—Clang told me he was looking for an art collaborator, not a cinematographer. I focus a lot on instincts and feelings. It was a big risk for Clang, as I had no idea what I was doing. The only thing that was floating in my mind if I could create something meaningful and important. The pressure of not wanting to fail the team gave me the courage to move my foot a step forward. But I am still trembling as I think back…

How did this particular project, A Love Unknown, come about?
For our films, [Clang and I] explore life and mortality. We seek to build a bridge for people to share their inner feelings and fears. We invite these people to act as themselves in our films, to make their existence noted in time and history through our films.

A Love Unknown explores the topic of mental struggle and celebrates the strength of women. We approached our two lead actors to see if they would be willing to be a part of this project, having heard about their struggles. We told them that it would be a docufiction and all they had to do was to act as themselves. They both said yes to us instantly.

As for my involvement in this film, I don’t remember if I was ever being asked. I think it very natural for me to be a part of all these films with Clang, as we are true collaborators. We both want to create something that has a meaningful purpose in our life, even though it may not be appreciated by the masses. We are okay with that.

What was the most challenging part of the process for you?
We are working with people who suffer from depression, and half of the film is based on their actual life stories. It’s very precious and fragile, and I have to always remind myself to observe and be sensitive towards their feelings. It’s important to remain objective while filming, allowing them to reveal their essence and feelings in the film. Clang gave me a lot of freedom and trust during the filming. Some scenes were just me and the actor on set, alone. I needed to build the connection and intimate feeling with the subject, so they could be honest and real. I needed to be invisible and breathe quietly.

John Clang is also a photographer—do you two share a common artistic language?
I loved John Clang’s artwork even before I knew him in person. I remember the first exhibition I saw was Clang. A Self Portrait at Jendela Gallery, The Esplanade. His work has these quiet thoughts behind it. It’s like water dripping through the stone. His films focus on mundane people who go through their life and everyday struggles. So, human-ness is the key element. Just like when you look at my photography; sometimes you don’t see the human but you can sense their presence and essence in my work.

I would like to think that both Clang and myself tend to focus on the passage of time in our work. We are both very mild-mannered people and so it is rather easy to discuss our differences during filming. It is never about making a good film, but it is always about the process of trying to make something that resonates.

What mood or ideas are you trying to coat out of the camera in this film?
I hope people who watch the film are able to realize that everyone has their problem in life that may be small to others but huge to you when it’s yours. That it may be a very mundane life, yet this is the life that most people have, even in a developed country. Sometimes, when we look at other people’s lives, we are more able to try and see our own from an outsider’s point of view.

What advice do you have for aspiring photographers or videographers?
We can only create wonderful things when we love what we are doing. The process may be tough but as long as you are interested in your work, the journey will always come with joy and we will have vivid memories to share as we take on all the challenges. One doesn’t fail from attempting—one fails from giving up.

What’s next for you, creatively?
I am working on a long-term documentary as co-director with John Clang. It will be my second feature film as director. Meanwhile, I am working on a new art series. As usual, my artwork explores time. I am also planning on an exhibition in the latter half of the year. And most importantly, A Love Unknown will be having its Singapore premiere in the Singapore International Festival of Arts this May, curated by the Asian Film Archive. I look forward to screening it in my hometown, it means a lot to me!

A Love Unknown stars Renée Ting and Min Ko. It is written, edited, and directed by John Clang.

Selected performances from SIFA v2.020, as well as selected films from the Singular Screens line-up will be available on SIFA-On-Demand from 31 May to 12 June, 2021, on SISTIC LIVE. More information is available on sifa.sg. 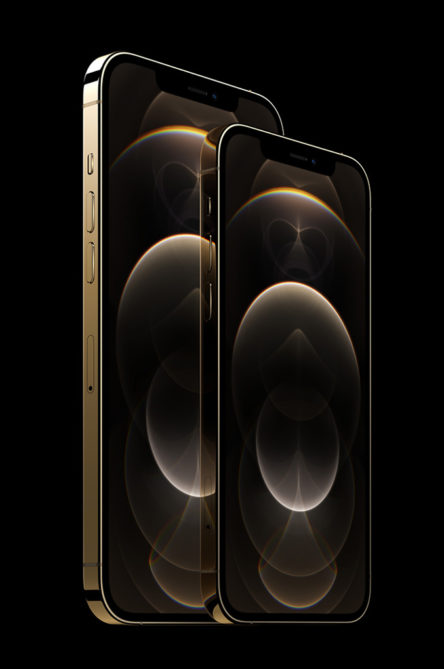