You might struggle to remember which films were the big winners at the Oscars in 2006, but chances are you remember Michelle Williams’s mustard-yellow Vera Wang gown from the night. The Oscars dresses as seen on the red carpet is the most scrutinised of the year—and a chance for the stars to earn themselves a spot in fashion history.

The demure white Givenchy dress Audrey Hepburn collected her Best Actress trophy in in 1954 lives long in the memory, and Lupita Nyong’o’s Oscar-winning moment in 2014 was made all the more special by her powder-blue Prada princess gown.

Oscar night 2021 was a big night for Chloé Zhao–who became the first non-white woman and only the second woman ever to win the trophy for Best Director—but also for Pierpaolo Piccioli. The Valentino creative director was behind Best Actress nominee Carey Mulligan’s spectacular gold two-piece, as well as the biggest “wow” moment on the red carpet in the form of Zendaya’s sublime yellow dress.

This year, all eyes will be on Best Actress nominee Kristen Stewart, who has been delivering some stellar ’90s-inflected looks as momentum builds around her turn as Princess Diana in Spencer. She wore a nude Dolce & Gabbana slip dress inspired by glamazon Nadja Auermann to the Critics’ Choice Awards, but our money’s on Chanel for what could be her big moment at the 2022 Oscars.

In the meantime, revisit some fashion highlights from ceremonies past, below.

Lupita looked incredible in powder-blue Prada in 2014, the night she was named Best Supporting Actress for her harrowing performance in 12 Years of a Slave.

Robbie rarely wears anything but Chanel. In 2020, she opted for a ’90s couture gown from the maison’s archive.

Swank’s backless navy Guy Laroche gown showed off the results of all those Million Dollar Baby workouts at the 2005 ceremony.

Jaws dropped as Chan swept onto the red carpet in neon pink Valentino ruffles in 2019.

Cruz missed out on a Best Actress trophy in 2007, but her romantic blush Atelier Versace gown made her a winner in our eyes.

Paltrow collected her Best Actress trophy in 1999 in a candy-pink Ralph Lauren gown. It was too sugary sweet for some, but it’s among the most memorable Oscars dresses in recent history.

In 2002,  Berry became the first woman of colour to win a Best Actress Oscar for her performance in Monster’s Ball. She claimed her place in Hollywood history wearing a dramatic Elie Saab gown with a sheer bodice and flowing deep red skirt.

Williams’s mustard Vera Wang gown for the 2006 ceremony—teamed perfectly with a red lip—deserved its own trophy.

Negga was a lady in red Valentino lace at the 2017 Academy Awards.

Roberts memorably chose vintage Valentino for her winning night in 2001.

Kidman’s bespoke chartreuse gown for the 1997 Oscars was custom-made by John Galliano, newly-installed at Dior.

These days vintage is easily the most fashionable red-carpet choice, but back in 1989, River Phoenix’s date Martha Plimpton was way ahead of the curve in her silky 1930s gown. Not to mention the chicest woman at the ceremony.

In 2002 Winslet chose a scarlet Ben de Lisi gown with floral detail. She was nominated for Best Supporting Actress for her performance in Iris.

Watts had a mermaid moment in shimmering navy Armani Privé in 2016.

At the 2013 ceremony, the star famously tripped walking up the steps to collect her Best Actress trophy for Silver Linings Playbook. But the most memorable bit was her cloud-like Dior Haute Couture gown.

This story was first published on Vogue UK. 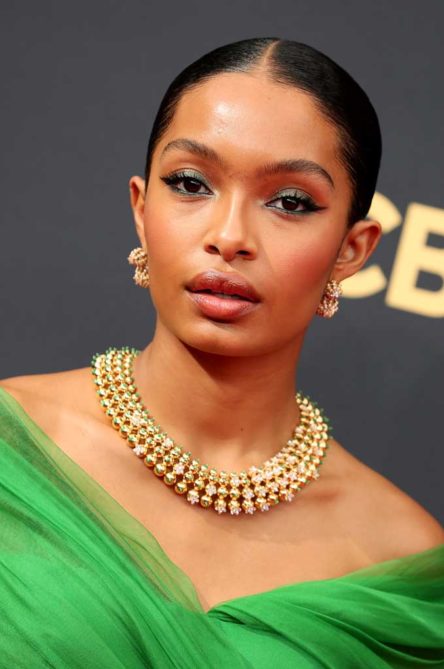 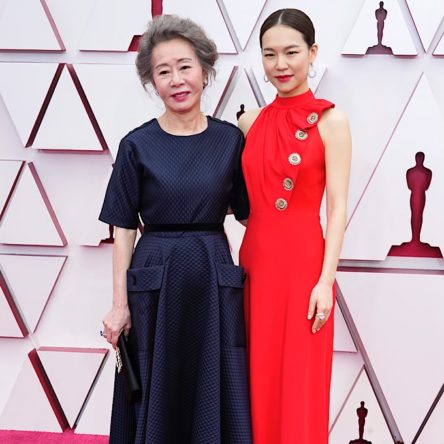