Simplicity isn’t the first word that comes to mind when you flick through the Givenchy looks, or see the giant double-tiered light structure they were presented on. But there was a newfound straightforwardness to Matthew M. Williams’s second runway proposal for the house, which felt a little more streamlined than seasons past. “I’m interested in making clothes that people wear, and that ease of it, so I guess it was finding those archetypes for today that I found interesting,” he explained before the show.

Rendered largely in dark green and black, the collection was a mainly streetwear-focused wardrobe composed of the stereotypes that come with the territory, at least from a fashion perspective: layered and tiered T-shirts and sweatshirts with logo graphics in the vein of metal band merchandise; baggy denim trousers and leather tracksuits; and voluminous floor-length pimp coats that floated along the stadium-like structure bathed in the light of four surrounding LED lamps that looked like those used on football fields.

“It’s a language of light that we’ve been building for the show,” said Williams. “It’s about coming to an arena for me; that’s the all-encompassing mood.” As a former creative director for the music industry, he expresses himself in the grand gestures of music videos and concert venues. It was clear in his throbbing and quite invigorating soundtrack (which he insisted was intended to be light), in his sprawling La Défense venue that many a show-goer bemoans because of the 45-minute drive to get there, and his natural dialogue between sportswear and eveningwear.

Drawing on adornments and constructions he found in the house’s archives—from Audrey Hepburn’s pearls to the intricately strapped back of an evening dress—he translated the decorative language of Hubert de Givenchy into the contemporary tropes he was investigating. From eveningwear to easy-wear, if you will, it materialised in pearl embroideries on jeans, beaded tops used for layering (which later turned into cocktail dresses), and long T-shirts sliced up from the bottom to resemble a kind of garter belt.

“It’s just about today. My work is really instinctual,” Williams said. That was clear in the black fabric gloves he wore backstage and for his bow, and the balaclavas that featured in the show. “With Covid, people have been wearing masks, so I’ve been exploring these balaclavas and gloves for that reason. It’s almost a new archetype people are using in their daily lives. In America, a lot of the kids of friends I know wear them.” At Givenchy, you could say Williams was simply mirroring our current culture’s everyday approach to clothes on a very elevated runway. 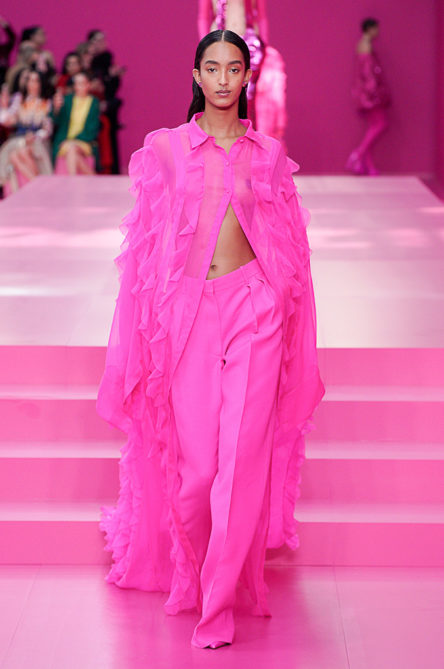 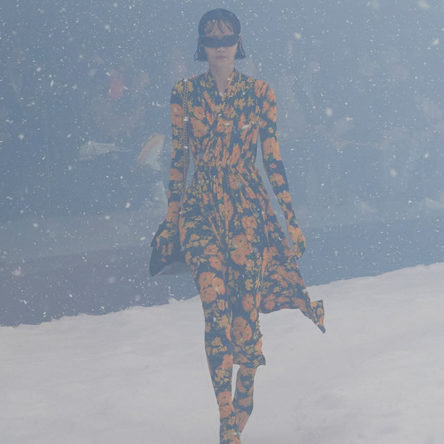 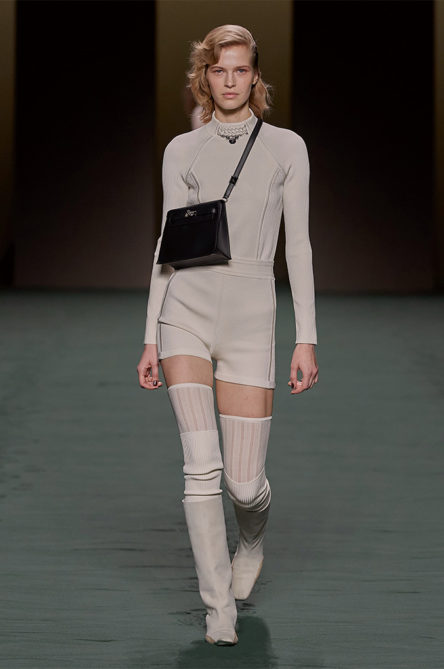 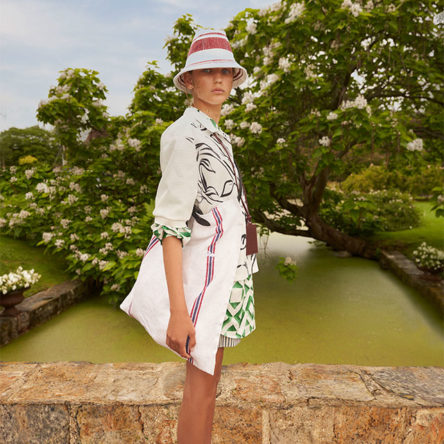 Look no further, Longchamp has your French summer wardrobe sorted