Notions of revolution and revolt prove popular amongst luxury fashion houses of today. In turn, it seems that arguments, too, have been made about the performativity of certain gestures or showcases; an attention-grabbing manoeuvre that allows designers to cash in on an already-fraught socio-political climate. Balmain opened their fall/winter 2022 collection with a two-tribes dance reflective of the current Ukraine invasion, a “push back against hate, lies and aggression” as stated in the maison’s show notes.

Giorgio Armani, on the other hand, chose to respond to the Ukraine crisis by switching off the music during its Milan Fashion Week showcase as a sign of respect towards the unfolding tragedy. Then, there was the Balenciaga fall/winter 2022 presentation, which transcended typical trappings and messaging to deliver on a politically-, socially- and intellectually astute show that was one for the books.

The location: the Parc des Expositions du Bourget. A select few guests were granted appointments—where, upon arrival, they found T-shirts in the colours of the Ukrainian flag and a letter from Demna placed on their chairs. The show notes from Demna explained his personal connection with the current situation in Ukraine, as well as his inner conflict as to proceeding with the supposed frivolities of Fashion Week. “I decided that I could no longer sacrifice parts of me to this senseless, heartless ego war,” he wrote. “This show needs no explanation. It is a consecration to fearlessness, resistance and the victory of love and peace.”

And indeed, it was. This was all conveyed via an immersive set where models had to trudge through the snow in the throes of a make-shift blizzard; an explicit conveyance of the climate crisis plaguing us earth-dwellers. The clothes, too, reflected said grim circumstances amalgamated with a hint of theatrical flair—dresses and jumpsuits were closely moulded to the form to suggest fashion reduced to the bare essentials, but also came in glaringly bright hues and prints that drew the eye.

Bags were oversized iterations held at the handle’s base, resembling up-scale trash bags. To ensure guests left with a clear idea of what the Balenciaga fall/winter 2022 collection was really about, the final two looks comprised head-to-toe ensembles in yellow and blue—the colours of the Ukrainian flag. As if anyone could forget. 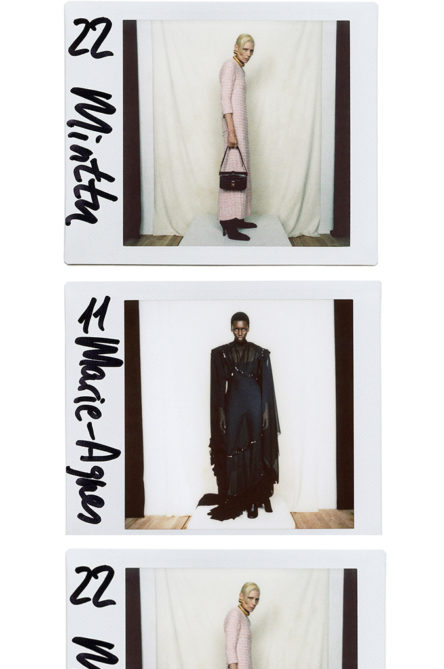 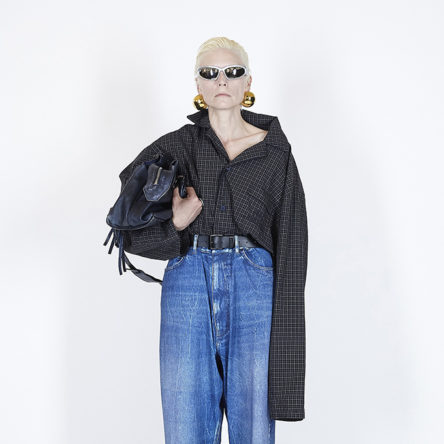 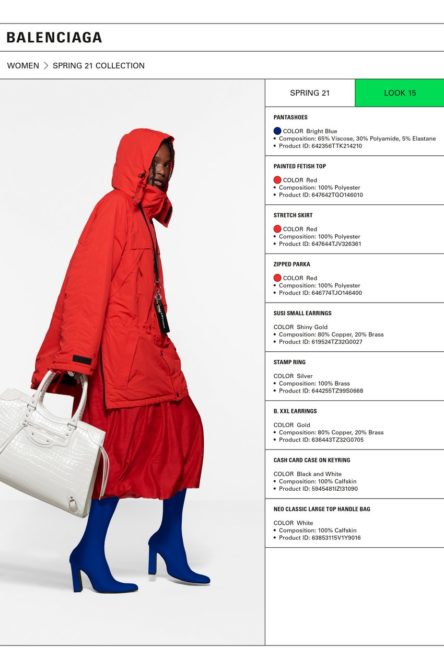