Suzi de Givenchy is in a season of resplendence. Over the past three years, the Hong Kong-born Parisian has walked runways all over the world, poised with a chameleon-like canvas arguably afforded to only the most seasoned models in the business. In her arsenal? A look as striking as it is sui generis: long jet-black hair, elfin bone structure and a genteel yet cool demeanour. At Off-White, de Givenchy embodied the late Virgil Abloh’s take on political streetwear; at Maison Rabih Kayrouz, she amplified a glamorously serious take on oversized suiting, and at Lemaire, she carried a sophisticated softness. Despite a heavy-hitting repertoire, however, de Givenchy is sparing with the word ‘model’. So sparing, in fact, that before all else, she calls herself a daydreamer.

At the age of four, de Givenchy and her family left Hong Kong for New York City. Raised by a single immigrant mother of four, 55-year-old de Givenchy recounts a simple yet pleasant childhood. “Young Suzi was skinny, insecure and tall for a Chinese girl, but paradoxically, she was happy and optimistic as well,” she shares. Modelling was a world far off in the distance, and fashion, even more so. “Needless to say, fashion was not a huge priority in our home. We got hand-me-downs from our church and we would mix and match whatever came out of those magical bags. You should have seen some of those ’70s pattern mixes.”

Fast forward to today and de Givenchy has become a style savant of sorts. It’s her ‘accidental charm’ that has led to her being peppered across YouTube videos and home tours alike. And while many marvel at the vintage warmth of her lofty Paris apartment—a considered mix of designer, second-hand and sentimental items guided by the expertise of her interior design past—it is her stylish ease that most are taken by. Just like her collection of statement furniture pieces from Charles Eames and Hansen, de Givenchy’s wardrobe is a curation of sophistication and joie de vivre.

“Young Suzi was skinny, insecure and tall for a Chinese girl, but she was happy and optimistic as well.”

Billowing shirts are cut off at the waist by angular trousers; cosy blazers find themselves atop white tank tops and structured shorts, and dresses are accented with dainty accessories. It is clear that de Givenchy has found her place among the influencers and tastemakers of today, albeit unknowingly. Her Instagram page, which has more than 19,000 followers, is all but the cherry on top. Don’t expect a slew of perfectly curated photographs, though. Amid campaigns for Schiaparelli and world-renowned magazines are earnest and efficaciously warm updates about her life: the time she ran a marathon in Paris, the autumn bloom of a camellia plant and loving portraits of her family.

At heart, de Givenchy is all about living life to its fullest. “When I was 18 or 19, I had a very brief, almost non-existent, dabble with showroom modelling and I can’t say it was a passion or career goal. In any case, life had other plans for me. My husband Hubert and I had an interior design company.”

For her 20th birthday, de Givenchy set off for Paris. It was in the city of lights that she met Hubert de Givenchy, the nephew of French aristocrat and fashion designer, Count Hubert James Marcel Taffin de Givenchy. The couple married and had three children. “I moved to Paris for love and I have been called a hopeless romantic who looks at life through pink-coloured sunglasses,” de Givenchy muses.

“I have learnt that love, whether it is with a life partner, child or friend, cannot exist in its purest form without respect, honesty and communication.” After 30 years together, de Givenchy was widowed. She fondly refers to her late husband as the love of her life. “I would say that this period of my life was a very important chapter. It was full of love and many happy moments. It contributed largely to forming the woman I am today.”

“I have learnt that love cannot exist in its purest form without respect, honesty and communication.”

The loss brought about an unexpected reckoning for de Givenchy. Despite a prolific last name and familial ties to one of the greatest couturiers of the 20th century, the door to sartorial stardom was still firmly shut. That is, until—as with most things in fashion—a fated yet casual dinner party in 2019. There, Versae Vanni, booking director of modelling agency Next Management, scouted de Givenchy. “I thought it was a big joke at first,” de Givenchy shares.

“However, after many conversations with Versae, he made me realise that it’s not just about me and my ego. It’s about the bigger picture and what I can contribute and inspire with my presence and what I represent in that picture. It was also very important for me to show my sons that there is no age to reinvent yourself.”

At 52 years old, de Givenchy walked her first show for Off-White’s spring/summer 2020 collection in Paris. Vanni’s intention, it seems, was to get de Givenchy to see the sort of impact she could make purely by being visible. And if the last three years and countless bookings and campaigns are anything to go by, he was right on the nose.

“It’s about the bigger picture and what I can contribute and inspire with my presence.”

Joining the ranks of Maye Musk, Daphne Selfe and Carmen Dell’Orefice—who all have successful careers as mature models—de Givenchy has been instrumental in the continued challenging of female beauty standards in fashion. Assuming this position as an Asian model, especially, has been her ultimate superpower. And though opposing ideas of Asian conventions of beauty is something the model is passionate about—she eventually wants to break into beauty modelling, in particular—she is quick to negate labels.

“I know I am a woman with a certain amount of life experiences but oftentimes I feel like a young woman who is just starting out in life with everything to learn still,” she shares. It’s this very fresh perspective that has afforded de Givenchy the golden torch of renewal in an industry that dates back to 1826.

What has this fresh perspective looked like? Signed with Next Models in Paris and London and D Management Group in Milan, she has infiltrated brands both big and small and made a case for age representation. Beyond that, however, is a light-hearted and knowingly playful approach to fashion’s often stoic and serious parameters. It is, more importantly, a rejection of what ageing should look like, on and off camera.

“What does mature mean anyway? I know some young people who are much more mature than some older people I know. I believe that we are all unique individuals who have their specific life experiences and characteristics and can all bring something to the table and that has nothing to do with age or gender,” she adds.

“Life is a constant renewal in order to grow and advance, in order to be a better person.”

This isn’t to say that she doesn’t have her doubts or bad days. “The struggles I felt or have had have almost always come from myself. That little part of me that doubts and questions my place in the industry. I don’t have these feelings as much anymore as I evolve and learn my craft. I am learning to be kinder to myself and to not take things personally when options don’t work out. That it’s not about me but the whole picture. It has been a life lesson,” she shares.

As the year is just beginning, de Givenchy is keeping busy. While she’s gearing up for some quality family time before the upcoming fashion season, she also hints at a few editorials that are in the pipeline. She reflects on Vogue Singapore’s theme of Renewal. “Renewal, rebirth, renaissance. Such a fitting title for our current times. Especially after these last couple of years with the pandemic. I can really relate on a personal level as well. Life is a constant renewal in order to grow and advance, in order to be a better person.”

And as we wait with bated breath to see the series of runways and campaigns she will grace in the new year, Susan Moncur’s book—which de Givenchy so gleefully shared on her grid—has gotten it perfectly right. They still do shoot models of all ages—as they should. 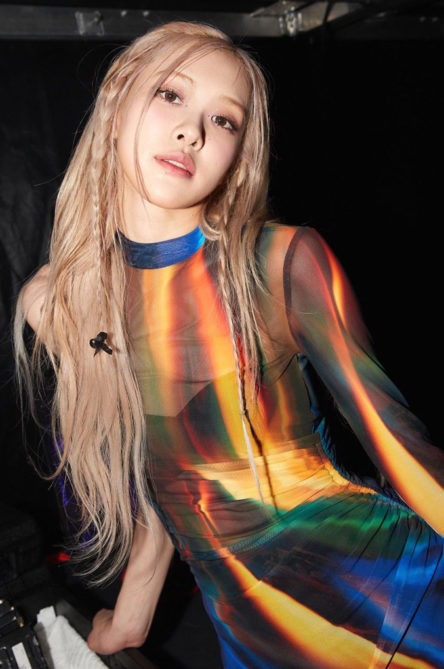 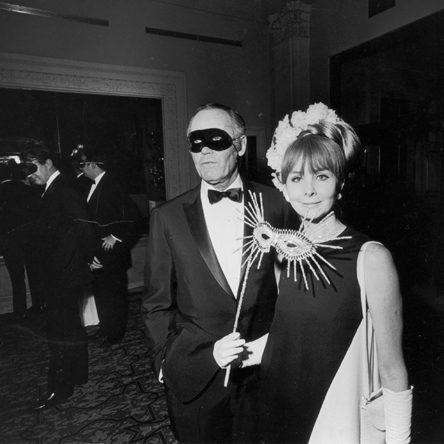 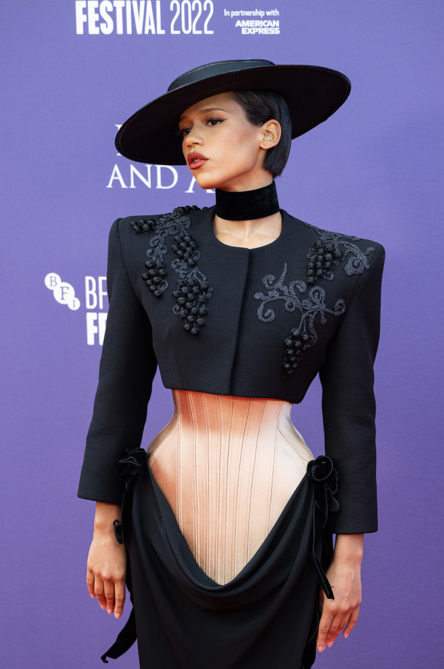 The most impactful fashion moments of 2022