Few restaurants in the world have the cult status possessed by Nobu. Having transcended the insular bounds of the culinary world to enter the realm of universal pop culture, the iconic restaurant is synonymous not only with modern Japanese cuisine, but upscale dining at its most exuberant.

Today, the Nobu name represents an empire of over 50 restaurants and 15 hotels—a far cry from its 1994 start as a singular branch in Tribeca, New York. Launched by chef Nobuyuki Matsuhisa (in partnership with Robert De Niro, no less), the restaurant first drew attention for its inventive take on Japanese food, with Matsuhisa injecting bright Peruvian flavours into delicate Japanese dishes to create a new sort of fusion no one had seen before.

25 years have passed, and the restaurant has evolved into a status symbol marked by famous guests and celebrity sightings. Yet, the true marvel of Nobu remains the enduring originality of its culinary ethos—one that the restaurant has seamlessly transported to Singapore as it opens on the island for the first time.

Nestled amidst a tranquil Japanese garden in the Four Seasons Hotel Singapore, the newest edition of Nobu exudes a softer glamour than some of its American counterparts. It is unlike the laid-back beach vibes of its Malibu location or the glittery opulence of Nobu Miami. Here, you’ll step into elegant woodsy interiors framed by intricate Japanese wallpaper, with the main dining room branching out into several private enclaves. The biggest of these exclusive rooms houses its very own chef’s table, and is the first Nobu in the world to do so.

If you have visited a different location of Nobu prior, the extensive menu in Singapore will strike you as fundamentally familiar. To maintain consistency, new branches of the restaurant are typically launched by a team largely comprising of Nobu alumni from around the world. Nobu Singapore is no different, with Executive Chef Hideki Maeda leaving his post as Head Chef at Nobu London to helm the substantial kitchen team here. As a protégé of Matsuhisa, Maeda has spent much of his illustrious culinary career in the former’s tutelage and executes his signature menu items to perfection.

The famous Black Cod Miso—a celebrity in its own right—comes out glistening and tantalisingly flaky, each soy-glazed bite so luscious and tender it is difficult to balance on a spoon. It is preceded by a number of refreshing cold plates and warm appetisers, each one laced with potent bursts of yuzu. The Sashimi Salad, too, lives up to its reputation—spirals of tender tuna sashimi on a bed of fresh greens dressed in the thrillingly tart Matsuhisa sauce.

Amongst the lesser-known dishes that claim their time in the spotlight is Maeda’s favourite dish—a finely seared scallop sitting in a bright green pool of a particularly flavoursome jalapeno sauce. It is an apt display of what first put Nobu on the map—the artful melding of two cuisines poles apart. In the same vein, the Anticucho Rib-eye Steak paired with a hearty, spicy Peruvian-style sauce is one of the few heavy dishes on the menu, effectively anchoring the delicate Japanese flavours of earlier courses.

No Nobu experience is complete without an over-the-top bed of sushi, and the menu is Singapore offers everything you would expect and then more—from the beloved otoro to the rarely-found sea perch. “We have a bigger sushi selection here than many other Nobus,” says General Manager and Nobu Kuala Lumpur import Gopi Kanala. “We are lucky to have access to premium produce and seafood in Singapore, which allows us to carry items most other restaurants are not able to.”

If you are left with some room, dessert is an elaborate affair. With ice-cream filled parcels of mochi and Valrhona dark chocolate lava cakes on offer, you may not give the cheesecake a second glance. Surprisingly, the humble American classic comes out on top, owing to the complex yet subtle raspberry-wasabi sorbet and darkly-flavoured cherry sauce it is served with.

From top to bottom, the food Nobu Singapore puts out is resoundingly excellent, worth both the bill and the two months of waiting time the newly-opened establishment has racked up. Still, the allure of Nobu lies equally in everything that comes before and after the meal.

From the pair of wooden chopsticks to the napkin on your seat, everything is emblazoned prominently with the restaurant’s logo, as is the wall you first encounter upon entrance. There is joy and occasion in stepping into the newest home of a modern culinary institution—in dressing up for it and experiencing it for the first, second, tenth time. And if Nobu Singapore is any indication, the storied restaurant’s charm is not getting old anytime soon. 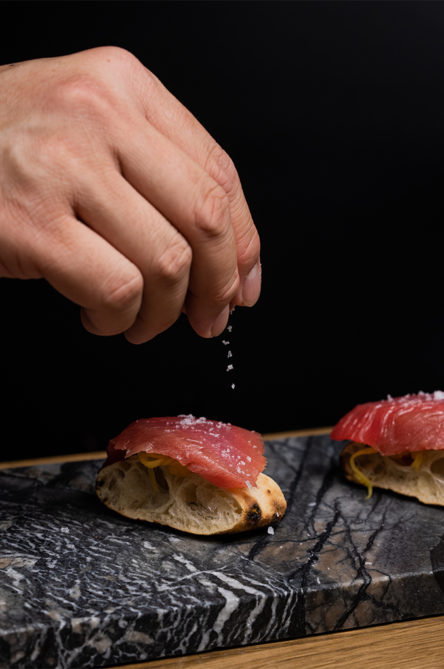 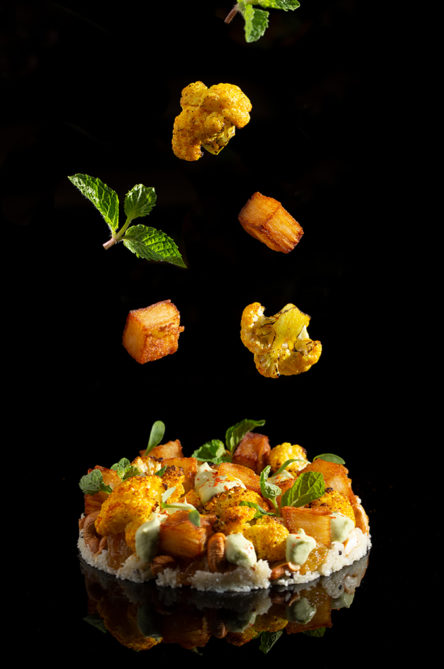 Why modern Indian restaurants are taking Singapore by storm 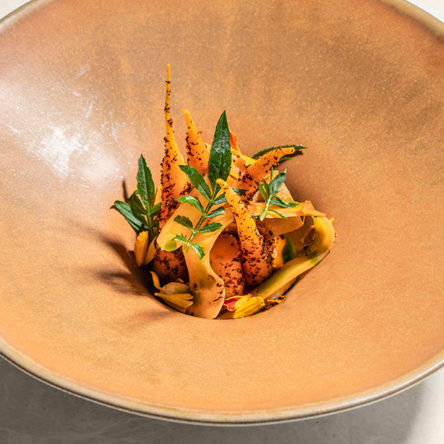