Mooncakes have long been a cornerstone of the Mid-Autumn Festival—so much so that the occasion is also known as the Mooncake Festival. Traditionally, it is on this day that the Chinese believe the full moon shines brightest, coinciding with the end of harvest celebration in the middle of Autumn. Also strongly tied to the legend of Chang’e (the mythical Moon Goddess of Immortality who flew to the moon), the Mid-Autumn Festival is an occasion for outdoor reunions amongst friends and family—where loved ones come together to indulge in mooncakes and gaze at the moon.

While there are numerous types of mooncakes crafted to symbolise the lunar body, it is the Cantonese variety that’s most widely found. With a salted egg yolk set within smooth lotus seed or red bean paste and encased in a thin, golden crust, the traditional Mid-Autumn delicacy is best accompanied by tea to balance out the sweetness of its filling. Another iteration that has grown in popularity over the last few decades is the snow skin mooncake, introduced in Hong Kong in the ’60s. Served chilled, these mooncakes have been likened to mochi ice cream for their chewy exterior made from frozen glutinous rice, and their extensive range of creative fillings.

With this year’s Mid-Autumn Festival quickly approaching, hotels and restaurants in Singapore have gone above and beyond to prepare for the celebration, dreaming up the most indulgent and opulent mooncakes—each with their own unique, delicious spin. From beloved timeless classics to the most adventurous of flavours, there is something for everyone indeed.

With an inventive take on traditional Cantonese cuisine, Cherry Garden is no stranger to blending classic and contemporary flavours together. Their Low Sugar Silver Lotus Paste mooncake is baked to golden-brown perfection and comes with either a single yolk or double yolk—but if you’re seeking something more novel, try the new Chestnut with Taro Coconut, infused with a toasty aroma, or the Hongyu Black Tea with Pomelo, Citrus Peel and Pumpkin Seed, which features fragrant notes of Taiwanese black brew and the tanginess of fruit. And to round off the restaurant’s Mid-Autumn repertoire, an array of new snow skin creations joins their signature Lychee Martini and Chocolate Truffle. Look forward to a refreshing Lemon Genmaicha, a zesty Tangerine with Melon Seed and a rich Black Sesame with Roasted Walnut.

In celebration of their 135th anniversary this year, Raffles Hotel Singapore has pulled out all the stops to create a luxurious selection of skilfully handcrafted Mid-Autumn delicacies. The star of this year’s offerings is undoubtedly the limited-edition Brass Lion Butterfly Pea Gin With Pandan and Lemongrass Snow-Skin mooncake, the result of an exclusive collaboration with Brass Lion Distillery. Along with a decadent new Baileys Chocolate Truffle Snow-Skin flavour, it joins returning favourites such as the Champagne Truffle Snow-Skin and the Da Li Rose and Strawberry Snow-Skin mooncakes. For the classic baked variety, look to the Double Yolk with Macadamia Nuts and White Lotus Paste mooncake, a timeless classic best enjoyed with aromatic Chinese tea.

Orders can be made online, or at the Raffles Mooncake Booth from 13 July to 10 September, 2022, 9am to 8pm, North Bridge Road Atrium, Raffles Singapore.

This year sees the return of some of JW Marriott’s most beloved mooncake flavours, along with luscious new inventions that showcase the best of the hotel’s creativity. Classic mainstays such as the ever-popular Traditional Baked Single Yolk Lychee Lotus Paste have been brought back, alongside the introduction of a fragrant new Nyonya Gula Melaka with Pandan Paste. What’s truly exciting, however, is the hotel’s vibrant all-truffle line-up of handcrafted snow skin mooncakes. New to the table are the Lemon Truffle with Green Tea Lotus and the Black Tea Truffle with Pu-Er Lotus, which join returning spirit-infused favourites such as the Martell VSOP Chamomile Truffle with Red Dates Lotus and the Royal Salute Caramel Sea Salt Truffle with Honey Purple Potato.

Homegrown luxury tea brand TWG is proving once again that they are the experts at all things tea and tea-infused. The signature Constellation is a timeless favourite infused with Singapore Breakfast Tea, while the Blossom boasts a ruby red Bain de Roses Tea-tinged crust that gives way to a velvety lychee white lotus centre. Their dreamy snow skin creations are equally luxurious—from the majestic Illumination, encased in gold leaf and accented with the fruity and floral notes of Immortal Moon Tea, to the ethereal Pure, with its snow white skin and matcha centre.

Both beautiful and practical, The Ritz-Carlton’s mooncakes are presented in an exquisite box that doubles as a vanity case. For classic baked mooncakes, choose between the new Black Sesame with White Lotus Seed Paste and Roasted Walnuts and the classic White Lotus Seed Paste, available with or without salted egg yolks. Also look forward to their delightful repertoire of snow skin creations, featuring much-loved flavours such as Mini Snowskin Green Tea, Snowskin ‘Mao Shan Wang’ Durian, and their signature Mini Snowskin Lycheetini—which has a lychee liquor-infused ganache at its core.

This year, The St. Regis Singapore offers a selection of mooncakes that perfectly blur the line between the old and the new. Their selection of baked mooncakes is highlighted by the introduction of the fragrant new Pandan Paste with Melon Seeds, which joins returning favourites such as the unique White Lotus Paste with Assorted Nuts and Yunnan Ham. The hotel also has an exceptional array of snow skin mooncakes that boast familiar Asian flavours with creative flair, including the Yuzu Paste with Cream Cheese Truffle and the Royal Milk Tea Paste with Irish Coffee Truffle.

Labour of love: How Singapore's Peranakan cuisine has evolved 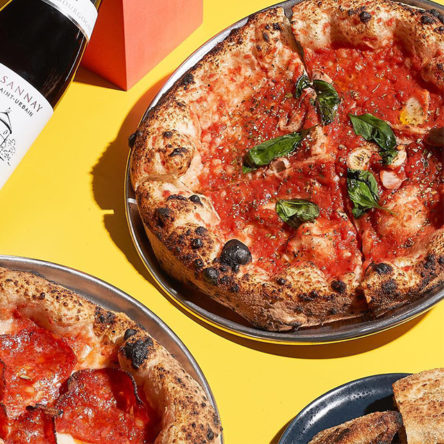 Vogue's guide to the best pizza in Singapore 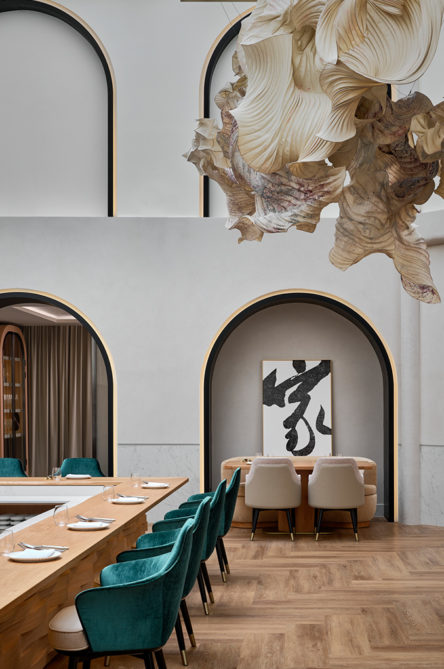