Singapore may be small, but is well-known for its voracious appetite—just look at the remarkably dense concentration of food packed into our tiny island. From pillowy naan laden with butter chicken, to springy tendrils of wanton noodles, each dish speaks volumes about the multicultural make-up of Singapore.

Despite being such a food-centric country, our homegrown Peranakan cuisine gets merely a small piece of our collective culinary attention. With exotic flavours available at every turn, it is only in the last two decades that this traditional cuisine has risen to prominence.

Many Singaporeans do not have a complete understanding of everything Peranakan cuisine has to offer, but most have long been infatuated with at least a few of its flavours. Whether it is a fiery beef rendang with kerisik (ground and toasted coconut flakes) or a kaleidoscope of aromatic nonya kueh bursting at the seams with sweet, gooey gula melaka, Peranakan dishes are firmly seated in our nation’s Rolodex of most-loved foods.

Once relegated solely to the home kitchen—even labelled by some as ‘grandmother food’— Peranakan fare now finds its place in cafes, fine dining restaurants and even at international food conventions. Yet, its origins remain a thing of mystery to many. How did this cuisine arise and what does its future hold?

Historically, the exact origins of the Peranakan community are difficult to trace. There are great cultural differences between even the different groups in the community, such as Nonya Peranakans, who have Chinese and Malay heritage, and Chitty Peranakans, who have a mix of Tamil, Chinese, and Malay heritage. The former, who make up the biggest proportion of Peranakans in Singapore, are descendants of Chinese immigrants who married Malay and Indonesian women in the 19th century in the British controlled Straits Settlements of Singapore and Malaysia. Hence, this unique group of people are also known as Straits Chinese. Men are known as babas, while the women are referred to as nonyas.

“The exact origins of Peranakan food can be hard to pin down. I liken it to several rivulets leading to a larger stream—it can be difficult to point out a beginning or an end. It reflects the multi-ethnic nature of our country and region,” says Shermay Lee, food consultant and founder-owner of Shermay’s Singapore Fine Food.

A sixth-generation Peranakan, Shermay is descended from a long lineage of nonyas and babas—her uncle, founding father Lee Kuan Yew, was one of them. Her grandmother, Lee Jim Neo, was a celebrated expert in her heritage cuisine, especially well-known for her legendary cookbook, Mrs Lee’s Cookbook: Nonya Recipes and Other Favourite Recipes (facing page). First published in 1974, this book was one of the first to formally record such recipes, which were then typically passed only through word of mouth. It has now become a rare collector’s item—one that her descendants continue to consult till today.

Shermay proudly counts herself as one of them. The 45-year-old trained chef is now focused on preserving her family recipes with her own bestselling line of cookbooks, marinades and nonya curry powder, and is widely considered a veritable expert on nonya history and cuisine. And when it comes to the food, Shermay leans towards the traditional. “In Peranakan cooking, overly refined dishes can seem pretentious. I love homely Peranakan food served in a rustic way,” she muses.

Home is where the heart is

If you’re not fortunate enough to have a Peranakan grandmother who can whip up nonya laksa with her eyes closed, you can turn to private dining ventures like The Ampang Kitchen. It’s run by Raymond Leong, who hosts small groups in his house and prepares authentic dishes for them. His customers—many of whom affectionately call him Uncle Raymond—are often regaled with the 74-year-old’s extensive knowledge of Peranakan food, which he freely imparts. Surprisingly, Leong is Cantonese, but has had a love affair with nonya food for as long as he can remember. He prides himself on having mastered even the most traditional dish—like the banana flower kecai, a traditional salad of vegetables topped with fresh prawn, banana flower petals and a generous dollop of coconut cream. The dish is so labour-intensive to prepare that it is rarely found in Singapore, even in food establishments run by native Peranakans.

“I use Sarawak pepper, which is the most fragrant in the world. It’s three times the price of other types of pepper, but it’s worth it because it produces the best dish”

First introduced to Peranakan cuisine as a young boy, Leong honed his nonya cooking skills in his 50s, through a two-week cooking class taught by an expert in Kuala Lumpur. With no fancy equipment or artificial ingredients in sight, he learnt how to do things the old-fashioned way. To this day, he is a staunch traditionalist who believes in preserving nonya recipes—which he knows like the back of his hand—in their purest form.

The proof is in the pudding—Leong’s dishes are rich, explosive and full of flavour. His beef rendang contains 17 ingredients, with succulent chunks of meat enveloped in a moreish sauce that has been caramelised over the better half of a day. He is also a stickler for quality produce and spices—even if they cost substantially more—and the resultant difference in his food is palpable.

“When a recipe calls for pepper, I use Sarawak pepper, which is the most fragrant in the world. It’s three times the price of other types of pepper, but it’s worth it because it produces the best dish,” he says.

At The Ampang Kitchen, piping hot food is doled out in generous portions and the homely feel is reminiscent of dinner at your grandparents’ house. Whether they are tucking into the delightfully tangy assam fish, the refreshing kerabu salad or the pulot hitam enriched with dried longans, diners can unbutton their collars and really get comfortable. Here, both the food and dining experience is true to Peranakan cuisine’s roots—familial and focused on building a sense of community.

A 10-minute drive away from Leong’s spacious villa at 39 Jalan Ampang is a restaurant in the hip Dempsey enclave that has earned its stripes (and one Michelin star—a first for Peranakan food) through its modern take on traditional fare. Helmed by 33-year-old Singaporean baba Malcolm Lee, Candlenut couldn’t be more different with its lofty ceilings, lush interior and upscale ambience.

When Candlenut opened in 2010, Peranakan fine-dining was a lesser known concept—the cuisine was almost synonymous with heavier, hawkerstyle meals. It was not a common path for a young chef like Malcolm to take, especially since he could easily have delved into French or Italian cuisine, both taken more seriously by food critics of the time. But it was his heritage nonya food that won him over. With Candlenut, Malcolm wanted to dispel the seemingly popular notion that Peranakan food was greasy and old fashioned. To achieve this, he presents a modern take to his audience, many of whom belong to a new generation that indulges in dining out and is led by rapidly changing tastes.

“I used to joke that if you bring your date to eat Peranakan food, you’re going to break up. Now, we host proposals and weddings”

“Fine dining in this context is not about truffles and caviar. I’m not trying to deviate from what Peranakan food actually is–it’s curry, rice, sambal and kueh. My philosophy is that you must not change the dish, but you can refine your presentation and adapt it for your audience,” says Malcolm, over an engaging Zoom call. “We are known for serving smaller portions than the typical Peranakan servings, so each table can try more dishes. Nowadays, people want to taste more; they don’t just want to eat.”

The dishes at Candlenut present elegantly, as one would expect of a fine dining restaurant, but the flavours pack a formidable punch. The signature yellow coconut crab curry, for example, is adorned with delicate swirls of coconut cream and fresh herbs, encasing mouthfuls of delicate blue swimmer crab meat within. The dish is fiercely aromatic and balanced finely on the edge between piquant and sweet, with just the right amount of spice to stimulate your palate.

The restaurant is also known for its subversive take on the classic nonya ingredient buah keluak, a poisonous nut from Indonesia that takes at least three days to prepare. Typically used in savoury curries, Malcolm raised many eyebrows when he put it in a dessert—infusing the nut’s earthy flavour into a heady concoction of bitter chocolate, sweet caramel and hints of spice from chilli flakes.

With fine-dining Peranakan food now on the rise, the cuisine has become a window into its elusive culture for a younger generation. On a typical night at Malcolm’s restaurant, a large number of young people are seated in small groups, eager for their taste of the restaurant’s unique flavours, alongside an older, more nostalgic crowd.

“We did 50 tables on Valentine’s Day at Candlenut—for Peranakan restaurants, this was previously unheard of. I used to joke that if you bring your date to eat Peranakan food, you’re going to break up. Now, we host proposals and weddings.”

Fine-dining versions of traditional Peranakan dishes are also well-suited to palates that find the cuisine unfamiliar, yet intriguing. This includes Candlenut’s emerging tourist clientele, who make up a part of the cuisine’s growing international appeal. These diners may not be fully accustomed to the larger-than-life style of Peranakan fare, but are still interested in tasting Singapore’s native food.

Perhaps this is just the beginning of glowing embers waiting for its chance to fan into flame. In the last three years. Malcolm has noticed an influx of young chefs who are switching tracks from continental cuisines to traditional Asian food. Nonya cooking, in particular, seems to be a favourite and he expects to see many new interpretations and dining concepts rising up in the next few years. 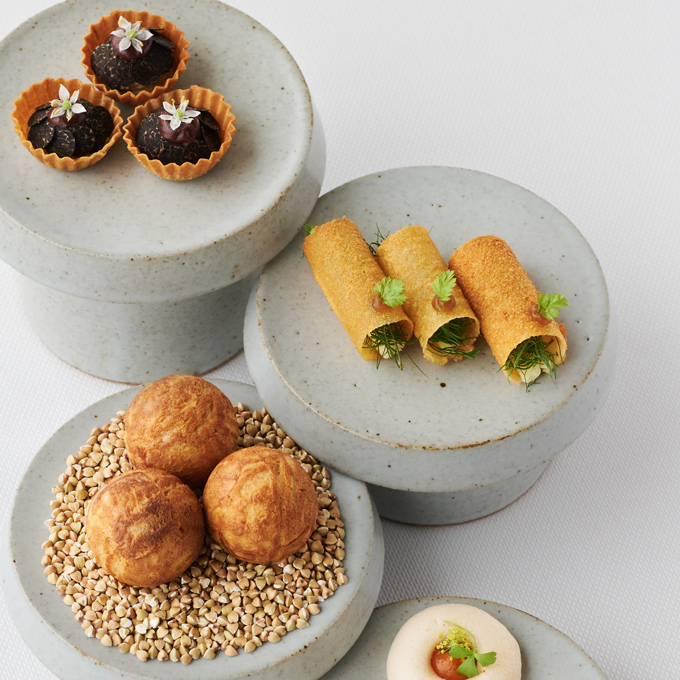 Even a traditionalist like Shermay is not against a little experimentation with Peranakan food as long as those bringing the cuisine into the new age take time to learn the basics first. Her advice? Don’t try to deconstruct something before you learn how to construct it.

Malcolm laughs wryly as he sums it up: “Gone are the days when fashionable food was equated with international flavours. Now, people have started finding it cool to eat curry and rice.” 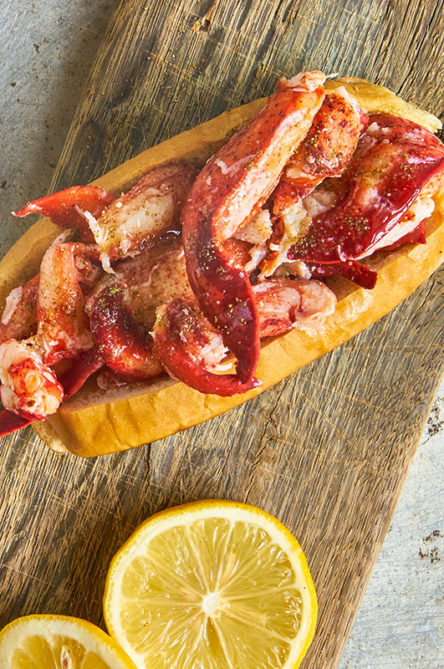 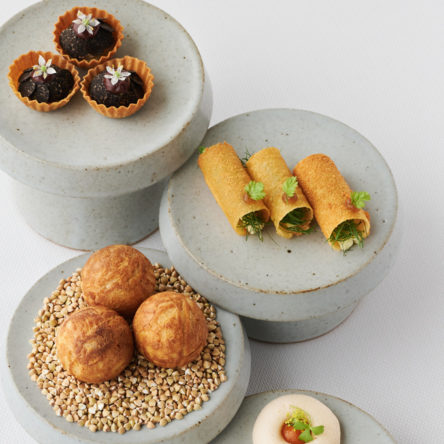