It was a time not too long ago that fashion publications were restricted by binary viewpoints, whereupon cisgender association was considered to be the norm. During that period, it was common to see articles advocating for stealing pieces from your significant other’s wardrobe, encouraging a clear distinction between men’s clothes and women’s. Menswear was smart and tailored, and typically came in a muted palette. It comprised ties, cufflinks, as well as thick, chunky belts. To see a woman sporting men’s clothing was a novelty, of sorts; a trend sported by ‘cool girls’ in the vein of Alexa Chung and Cara Delevingne. Thankfully, recent years have turned said constrictive sentiment on its head, where garments are no longer rigidly catered to one’s gender identity. Men can don on skirts and women can most certainly pull off a suit from the pages of menswear catalogs. And this is precisely what the Louis Vuitton fall/winter 2022 show banked on—delivering a motley collection of bomber jackets, bowling shirts and padded blazers that emphasised this new status quo.

Of course, said creations came with wit and flair typically associated with the brand. Iconic prints from the house’s storied archives were incorporated on cravats and collars, where it provided an intriguing visual detail to an otherwise ordinary white button-down. There were pinafores, too, which were crafted from tweed and brocade that harboured exaggerated pockets; a tongue-in-cheek reference to the significantly smaller dimensions of receptacles seen in womenswear. Equally as eye-catching were the peplum tops that flared out and trailed off into a tasseled hem, granting a utilitarian edge to what was otherwise considered to be a predictably feminine silhouette.

Is it fair to assume that the Louis Vuitton fall/winter 2022 collection was an optimistic projection of what creative director, Nicholas Ghesquiere, hoped to see from the fashion realm and consumers over the next few years? A new era that isn’t bound by any archaic and superfluous significance to specific fits and cuts? We certainly hope so. If this is the future that Ghesquiere is forecasting, we’d certainly like to be a part of it. 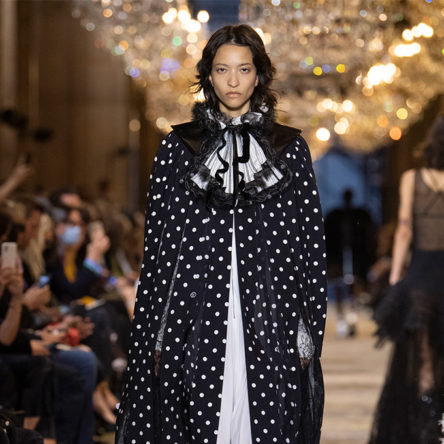 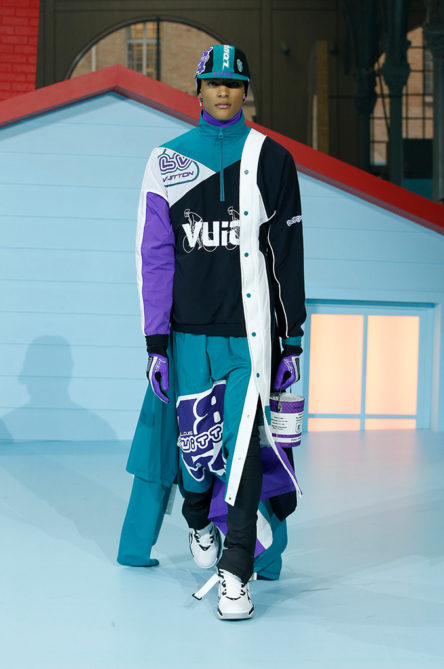