During his eight collection residency, Virgil Abloh turned the house of Louis Vuitton upside down and inside out. He made the exclusive inclusive. This afternoon in Paris apparently marked the final collection of that arc, and in the set at least it appeared to come full circle. The collection was named Louis Dreamhouse, and around the runway were scattered the upended elements of a house that had been hit by some enormous force of energy now spent.

In one corner was a staircase (nodding to The Truman Show set of season 4), from which some opening dancers, after some apparent security issue had been resolved, bounced up and down on hidden trampolines. An empty bed rested alongside the roof and chimney, from which a homey puff of steam emerged. On the other side of the roof was a long dining table, down which sat the Chineke! Orchestra musicians whose performance of a Tyler, the Creator-composed piece contributed swooningly to making the show so moving. On the wall above them a stopped clock read the time as eight, on the dot.

The collection unfolded on 20 dancers and 67 models. Abloh’s great gift as both designer and lightning rod—masterfully to navigate an elusive commonality of commodity and community in order to service the former and uplift the latter—was posthumously still very much alive, even when referencing death. The inclusion of a Jim Phillips-esque Grim Reaper graphic was a breathtaking detail from a man designing his own legacy while gazing upon his own mortality. Bags came shaped as bouquets. The closing four all-white looks, some featuring Leonardo-esque wings, required no interpretation.

To focus overly on the merch at a show attended by his widow and so many friends that it acted also as a form of memorial feels almost grubby. However Abloh did articulate himself very specifically through design, and here his instinct to cross-pollinate categories in order to erase boundaries was in full force: lushly magisterial suiting, both quirkily detailed and jewel-accessorised, played alongside the “streetwear” tradition this designer refused to tolerate being marginalised.

Then there were the two tapestried looks, one on a topcoat, the other on an acutely waisted—almost Bar-shaped—parka, upon which were reproduced De Chirico’s The Melancholia of Departure, a piece the artist created multiple versions of. These, said the notes, were illustrative of the 2020 Abloh-termed concept named “Maintainamorphosis,” defined as “the principle that ‘old’ ideas should be invigorated with value and presented alongside the ‘new,’ because both are equal in worth.”

Returning then to the “old,” it was back in June 2018 for collection 1, his very first for Louis Vuitton, that Abloh transmitted multiple references to The Wizard Of Oz, all of them specific to Dorothy’s fever dream. Today, as members of Abloh’s design studio came out en masse to a standing ovation after his very last collection for Louis Vuitton, they stood within the inside-out of Abloh’s cyclone-scattered dreamhouse. What an irreplaceable force he was. 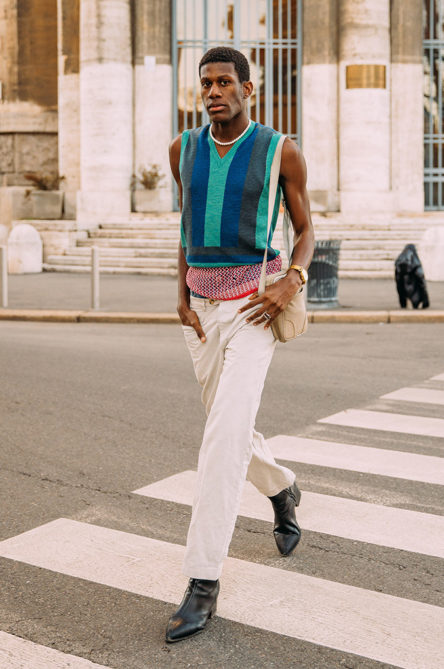 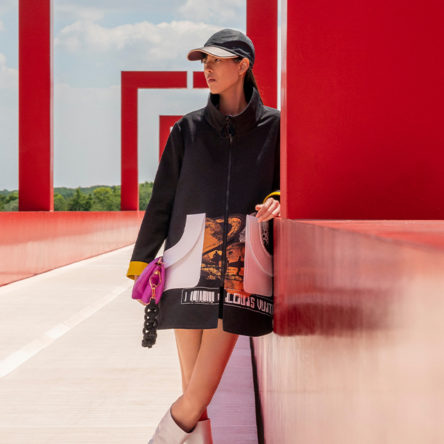 Out of this world: Louis Vuitton's cruise 2022 collection was a retro-futurist fantasy 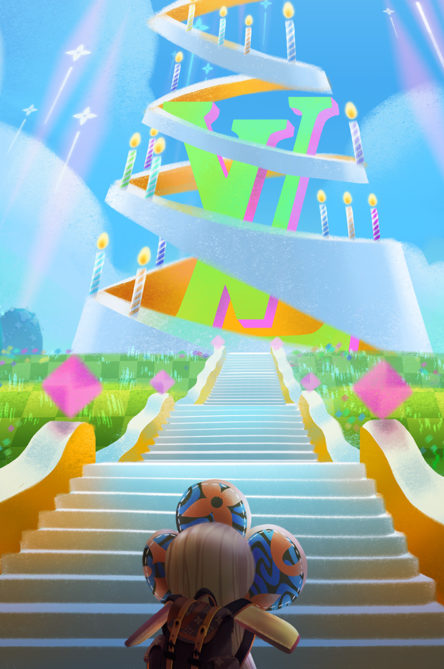 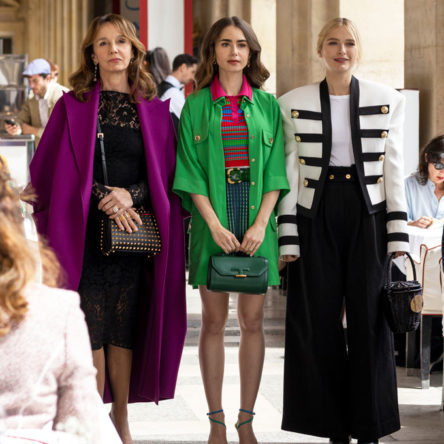