Loewe creative director Jonathan Anderson has a knack for executing great collaborations. Since joining the Spanish label in 2013, the designer has released an array of brilliant capsule collections with the likes of Sotheby’s, Net-a-porter and Studio Ghibli’s My Neighbour Totoro. The latest sees Anderson team up with another Studio Ghibli cult classic: Spirited Away. “I love how [Studio] Ghibli has been able to achieve this incredible kind of emotional craft and apply it to an image,” the designer tells Vogue. “Spirited Away is one of my all-time favourites.”

The plot for the 2001 film, directed by legendary Japanese animation maestro Hayao Miyazaki,​​ is as complex as it is fantastical. While moving to a new neighbourhood, a 10-year-old girl Chihiro and her family wander into Kami—the spirit realm in Japanese Shinto folklore. It is here that the protagonist’s parents are turned into pigs and she must work to bring them back to human reality. “[This capsule] is for the superfans, because that’s what the project is about: engaging with people who have an obsession with Miyazaki’s work,” says the British designer of his target audience.

Loewe shoppers can expect prints that feature Chihiro, the dark spirit entity named No-Face and the adorable—and bewitched—soot-balls from the basement of the bathhouse where the story is predominantly based. “The collection looks at different types of craft and we’ve applied it to everything from the blankets to the way in which the embroideries have been done—it’s about having fun with the narratives of the film,” explains Anderson. “My favourite pieces are the Hammock bag with Chihiro’s face in 360 embroidery all over, and the hand-knitted crew-neck sweater with the Yu-bird and Bô intarsia motif—it’s a mix of lurex embroidery with 3D crochet technique on the wool ball, which emphasises the craft—a big signature of Loewe.”

Beyond the collection, there’s much to look forward to for anyone obsessed with Studio Ghibli. Not only is there a new film—How Do You Live?—due to be released (we patiently await an official date), a theme park based in Japan’s Aichi Prefecture is set to open its doors in autumn. For now, enjoy a piece of Miyazaki’s magic, as well as Anderson’s creative genius, through Loewe’s latest capsule offering.

The Loewe x ‘Spirited Away’ capsule collection will be available for purchase on 7 January at Singapore’s Casa Loewe and Marina Bay Sands stores. 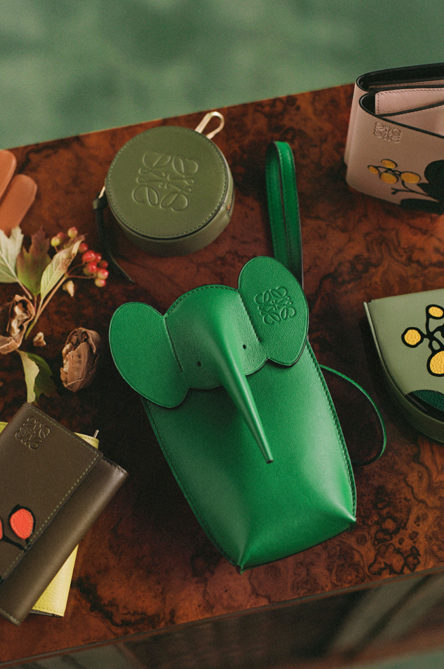 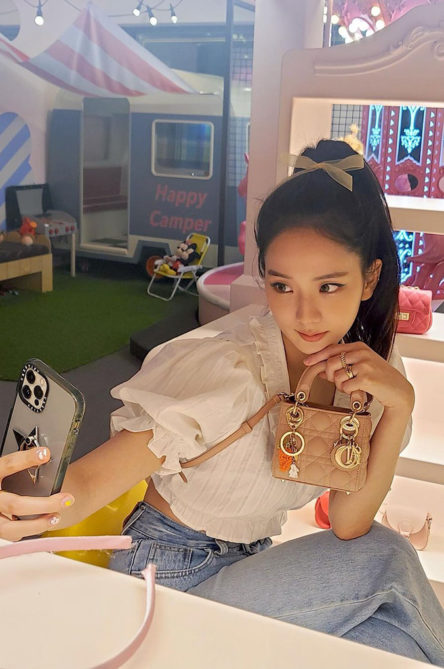 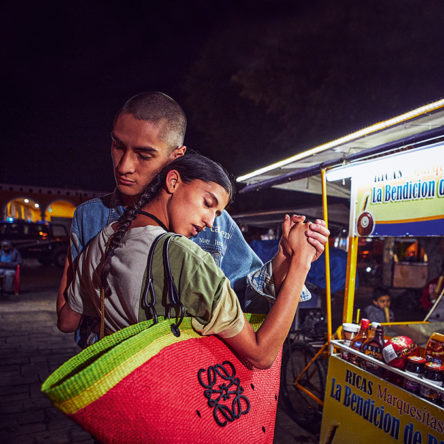