There’s something immortal about Gucci’s It bags. Each marks a different moment in fashion history—from the Jackie to the Diana, every design has secured its place in the bag hall of fame. The latter, in particular, was popularised by Princess Diana when she toted it with her now-iconic gym get-up. You know the one: sweatshirt, biker shorts and yes, a Gucci bamboo bag. Today, the ageless image from 1996 reads like a mood board of 2021 style. Recently reissued as the Gucci Diana, it’s clear that the bag’s unexpected material still holds its appeal.

This immortality seems to be embedded in Gucci’s DNA. Last year marked the brand’s 100th anniversary and reinvention continued to sit at its heart. “It’s Gucci’s birthday,” says creative director Alessandro Michele in a behind-the-scenes-reel of Gucci’s centenary film, Aria. “It pretends to be old, but it’s like a baby every year.”

Indeed, no other brand has entered the cultural lexicon quite like the Italian luxury house. Over the last century, the word ‘Gucci’ has been mentioned in over 22,000 songs. From Lil Pump’s ‘Gucci Gang’ to Bhad Bhabie’s ‘Gucci Flip Flops’ (featuring Lil Yachty), Gucci’s centenary collection this season is a self-aware nod to its influence on pop culture.

The house’s history with bamboo shares a similar resonance. In 1947, Gucci introduced bamboo handles as a solution to leather shortages after the war. Fashion houses at the time were struggling to stay afloat amid severe fabric restrictions, but the Italian house found a way.

Bamboo proved to be a prescient choice—it was readily imported from Japan and turned out to be extremely durable. Eight decades on, the handles continue to be expertly curved under the heat of a flame, a process conceived by Florentine artisans.

This method of heating and bending bamboo has since been patented by Gucci, making each handle—and each bag—unique. The handles are then lacquered and toasted, and arguably remain the most storied part of any Gucci bamboo bag.

Meanwhile, Hollywood’s infatuation with Gucci can be traced back to 1950s Italian cinema, where Ingrid Bergman carries a version of the bamboo bag in Viaggio in Italia (1953). The likes of screen legends Elizabeth Taylor, Bette Davis and Katharine Hepburn were also spotted as visitors to Gucci’s Florence shop—the home of Gucci’s bamboo-bending technique.

More recently, the Gucci Diana was reintroduced in three sizes and seven colourways, accompanied with neon leather bands bound around its bamboo handles. In celebration of Gucci’s 100th anniversary, the Diana received an update as part of a centenary capsule collection—one that leans fully into Gucci’s presence in rap music. The special collection comprises pieces emblazoned with the words, ‘Music is mine, Gucci seats reclined’, and the Diana is one of several in the capsule that pay homage to hip-hop duo Eric B & Rakim’s 1988 track, ‘The R’.

Over on the runway, the bamboo bag took on a range of styles. Unlike Princess Diana’s slouchier, roomier favourite, the ones in Aria are decidedly more structured. Hung off harnesses or as mini appendages to leather corsets, bamboo elements appear as the twist-locks on tiny bags or as quintessential handles.

True to the Gucci cinematic universe, the bamboo handle bags are available in a myriad of colourways taken directly from Michele’s expansive yet devastatingly specific palette. For the maximalists at heart, the checkered motifs are a nod to the uniforms of equestrian jockeys and horse-racing tracks. For the purists, the woody handles are perfectly complemented with lustrous shades of marigold, taffy pink and of course, black.

Don’t forget the straps, too. The lifeblood of any heritage brand is found in its ability to translate and transmute house codes. Gucci’s red and green Web stripes have long breathed a sportiness in what has otherwise been an era of decadence for the house. As a sidekick to the bamboo handles, most iterations in the Aria collection come with convertible and detachable Web straps—allowing you to wear the purse on your shoulder or as a top handle.

Much like the recognisable horsebit found on Gucci loafers and accessories, the bamboo elements on Gucci bags root the label firmly in history—even if Michele has set an intention to shift away from his brand of retro nostalgia. Just this season, he pulled what was perhaps the ballsiest move in recent fashion history.

He ‘hacked’ the early looks of Demna Gvasalia’s Balenciaga (with Gvasalia’s permission), plastering signature Demna shapes with unabashed logomania. Even Balenciaga’s City bag was ‘Gucci-fied’, treading the precarious ground between appropriation and authenticity. The disclaimer was loud and clear—this was not a collaboration, but a “hacking lab made of incursions and metamorphoses”, according to Michele’s show notes.

How does one begin to address the legacy of a 100-year-old brand? For Michele, this meant going back to its origins—Guccio Gucci’s humble beginnings as a lift boy in London’s Savoy hotel, now expressed as embellished helmets that read ‘Savoy Club’. At times, Aria felt like an exercise in remixing what Gucci has looked like in the past century.

As the lines between luxury and street continue to blur, Gucci seems less interested in upholding that boundary and more interested in embracing the pockets of culture it has managed to reach over the last 100 years. There’s a self-awareness to Michele’s helm—just look at 2018’s collaboration with former knock-off artist yet long-time Gucci aficionado, Dapper Dan.

The tides are turning at Gucci, but history and tradition remain a sanctum of references for Michele. Apart from the brand-hacking at work, Aria’s calls to Gucci’s past were found not only in the reimagined bamboo bags, but also in the form of his predecessor Tom Ford’s red velvet suit.

The overpowering retro fever that has long defined Michele’s tenure at Gucci seems to be making way for something more irreverent; more unpredictable. And why wouldn’t it? There’s much to be immortalised for a brand as culturally adhesive as Gucci. With 100 years behind—or in front of—him, it’s clear Michele has one eye on the past and the other on the future. 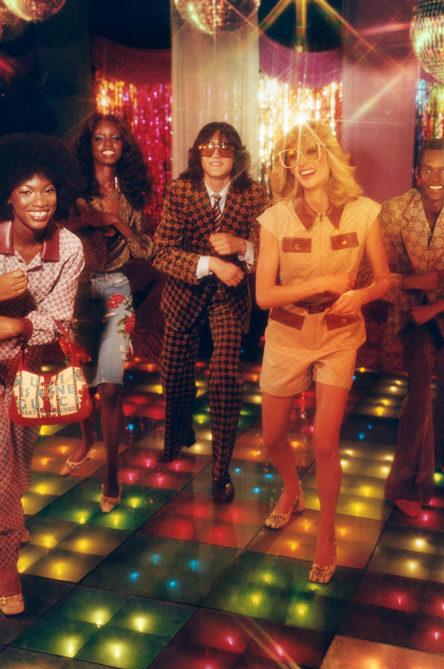 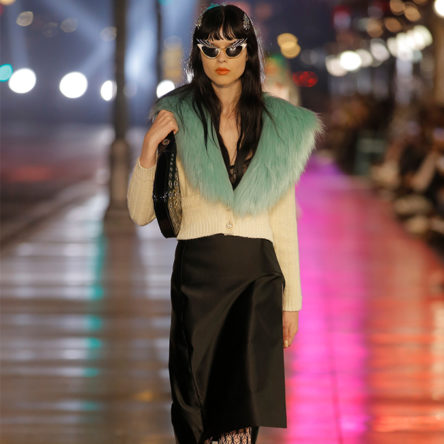 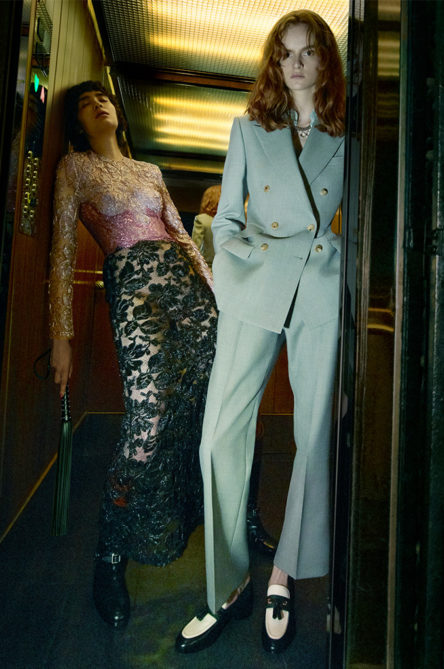