In a way, attending fashion month is a marathon—jetting from show to show across two continents and four countries over the course of several weeks can be a tiring feat. But even the most jaded editors know that it’s nothing compared to running an actual marathon. Cynthia Erivo, however, did both this past week. The star went from running in a London marathon to attending Louis Vuitton’s spring 2023 show in a matter of just two days.

On Sunday, Erivo completed the 2022 TCS London Marathon—her second after running 2016’s New York City marathon. “It was highly emotional,” says Erivo of her impressive run. If you think that jetting to Paris for the Louis Vuitton spring 2023 show after such an accomplishment would be a tiresome prospect, you’d be correct—though Erivo was totally game. “I knew I was coming to Paris the next day and my legs weren’t completely healed, so if you look carefully in some of the pictures, I’m moving quite slowly because stairs are an interesting thing to approach—both going up and down,” Erivo says. “But I made it, and I spent the entire next day in heels, so I felt quite accomplished!”

Erivo shares that the presentation’s theatrical setting made it all worthwhile. “The production design for the show was really beautiful—a post-apocalyptic, alien-esque vibe—and the music was really great,” says Erivo. As someone who frequently wears Louis Vuitton on the red carpet, Erivo was taking in designer Nicolas Ghesquière’s new pieces and eyeing looks for future appearances. “My favourite look was the black leather halter-neck dress that looks like the buckle on the boots that were in the show two seasons ago,” she says. “It had a cream belt at the neck and a cream massive belt at the hem of the dress. That was my favourite.”

Naturally, as a red-carpet star and fashion lover, Erivo needed her own statement look for the front row. Styled by Jason Bolden, she chose Louis Vuitton’s bronze crisscross top, which she paired with high-waist leather harem pants. “It turns out [Bolden and Louis Vuitton] were saving this look for me,” says Erivo. “I guess they know me well enough to know I like dangerous things and things that are daring. I like how it felt—it felt very Egyptian.” She completed the look with a monogram top-handle Louis Vuitton bag and sky-high platforms. “Louis understands my love of a skyscraper heel,” she says. (Remember: This woman just ran a marathon.)

Now that both her marathon and Paris Fashion Week are over, Erivo will now be getting back to work on preparing for 2024’s Wicked, her upcoming movie musical costarring Ariana Grande. (Erivo will portray the wicked witch Elphaba; Grande will play Glinda the good witch.) She can’t tell us much about the project yet—but she does give us a teaser. “Prep for filming is going really well,” Erivo says. “You can expect, hopefully, a wonderful story about two brilliant women who are trying to figure it all out. And a lot of good singing.”

Below, a closer look inside Erivo’s Paris Fashion Week.

Embroidered to perfection at the Ritz.

A quick morning run to start the day.

The breakfast of queens.

A look for a meeting.

Louis understands my love of a skyscraper heel.

Meet Giselle, the captain of the cat eye.

Fun fact: Mother Navaisha surprised me and refused to let me leave without touching up my buzz cut.

Jason—hands of magic, heart of gold, style of a god.

Profile in the style of Vogue.

And now we walk—giving them Nefertiti. 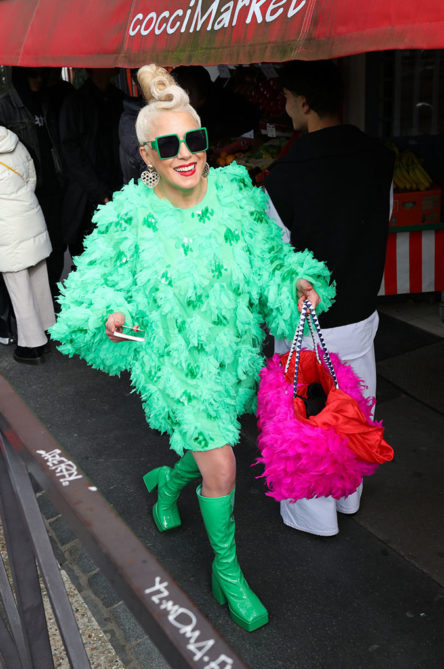 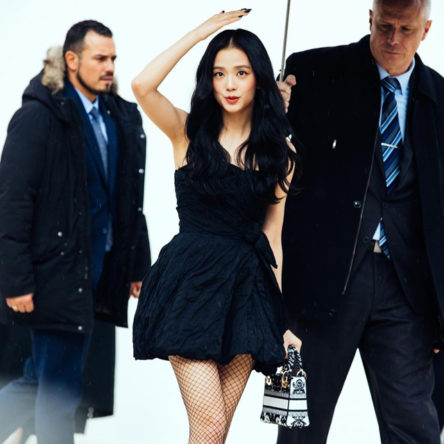 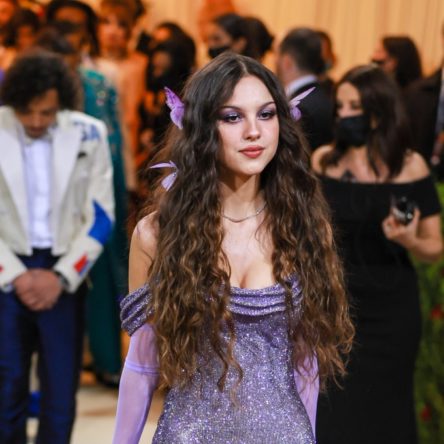 The best beauty looks from the Met Gala 2022