Gibran Baydoun—of Lucali BYGB fame—has done it again. Just a year after opening his nonchalantly hip offshoot of the renowned restaurant from Brooklyn, New York, he has a new baby ready for Singapore’s discerning crowd to sink their teeth (and camera-ready phones) into. Corduroy Palace is the bright spark cum love child born from a marriage between a dive bar in the middle of America and a grand hotel ballroom. You could call it an unorthodox wine hall, midtown Manhattan dining room or, in our opinion, a tiny marvel hidden away in the back streets of Tanjong Pagar that will unravel a different experience for everyone.

When your eyes finally adjust to the darkness upon walking through Corduroy Palace’s signature maroon canopy, you’ll find yourself transported to a place that is frozen in time. There are no windows or any trace of natural light. The golden glow of the bar lights creates a soft ambience. Two shelves above the bar are stacked with an assortment of art books and bottles. On the floor is a tapestry of 21 vintage and antique rugs hand-stitched together, while an eclectic selection of modern and contemporary artwork fills the walls. There is even a furry column in the middle of the restaurant made of genuine Schulte mohair, the actual fabric used for Steiff teddy bears, as a nod to Baydun’s favourite story, Corduroy by Don Freeman.

Corduroy Palace seats only 49 people—and deliberately so. Baydoun wants his diners to fully soak in the dining experience, which is why each table is held for three hours per group. There is a need to unwind here and to let your senses be transported to that decadent place that Baydoun, alongside creative strategist and designer Jason Schlabach, have created. Slide into your booth seat and you’ll start to notice the music echoing against the exposed brick walls, which sounds like what Liza Minnelli would probably dance to in Halston. You almost expect Roxy Music’s saxophonist lurking near the back area, ready to head out after a quick break.

“The first song we had was a Prince song, ‘The Love You Make’, because that is the mantra of the restaurant”

Roxy Music, it transpires, was at the heart of Corduroy Palace’s first brainstorm session. Baydoun and Schlabach share a conspiratorial chuckle as they reminisce how their playlist was the first thing they came up with. “If Bowie, Brian Eno and Bryan Ferry met up with each other up in New York, what would that night have been like and where would they go?” asks Schlabach rhetorically. Their Apple Music playlist—a mix of soul, krautrock, alternative rock, The Zombies, Kanye West and Blood Orange—is one of the duo’s proudest achievements. “It’s almost 12 hours long,” Baydoun muses as he scrolls through hundreds of titles. “The first song we had was a Prince song, ‘The Love You Make’, because that is the mantra of the restaurant. The only love there is, is the love we make.”

While his playlist purrs Roxy Music’s ‘Do the Strand’ seemingly on command, Baydoun zips through Corduroy Palace with the well-trained eye of an expert, ensuring everything runs to his exacting standards. Before his move to Singapore five and a half years ago to run Adrift by David Myers, he worked at Ralph Lauren and Momofuku in New York. During our visit before its official opening, we had the pleasure of Baydoun sitting with us for our meal and running through Corduroy Palace’s dishes with unbridled pride.

The sleek restaurant operates between the familiar and unfamiliar. It’s a wine hall with dishes that are both diner-like and fine-dining all at once. The convenience store-style freezer—inspired by installations by mid-century artist Dan Flavin—houses bottles of classic, cult, natural and biodynamic wines (ranging from $100 to $2,000). “At 2.30 in the morning, all I want is a bottle of wine, a dozen oysters and a dozen xiao long baos, and just go back and forth all night. Throw a gorgeous tinned fish in the mix and I’m set,” says Baydoun of his drinking sessions.

As such, both oysters and xiao long baos—made by two ladies from You Peng at Beauty World Food Centre, whom Baydoun also invited to teach his team the right way to serve and prepare them—are suggested together with champagne. “The menu started with these two items. We’re calling the oysters the Downings Dozen, after Thomas Downing, who was the first black restaurateur in America. He had a restaurant that was responsible for making oysters a fancy item instead of a poor man’s item,” Baydoun ruminates. Another must-try is the caviar, scooped tableside atop chef Ariana Flores’s delicate panna cotta, which guests can sprinkle with their choice of egg, chives or cheese.

There are favourites jazzed up with a whisper of fine dining. The classic prime rib is superbly tender, drizzled with au jus, while the Waldorf salad is a refreshing mix of spinach, apples, grapes and egg. Also on the menu is a jacket potato, twice the size of your fist and stuffed to the brim with a generous amount of scallions, sour cream, cheese, bacon and butter. “The potato is over the top; it’s a heart attack,” Baydoun says in between satisfied mouthfuls. We’re instantly taken back to Ponderosa, an iconic restaurant in Singapore in the ’80s and ’90s, and its timeless American fare.

The difference is that your food arrives on a charming range of crockery, from yellow glass ’70s-style plates to fancy pewter silverware and solid white dinner plates with CP emblazoned on them. They’ll definitely elicit a second look and a myriad of swoons. The cutlery is a mix of east and west, featuring tortoiseshell-handled knives and jade chopsticks alongside regular steak knives.

“Lucali BYGB was my soft landing, but I feel like Corduroy Palace is a full expression of all these wild ideas in my head,” explains Baydoun. On the wall opposite, a Samuel Fosso self-portrait from the series 70’s Lifestyle looks over the diners, the only piece of art to have a person in it. “When you have something you have to get off your chest as a creative or a restaurateur, you have to get it off your chest. This space called out to me—if you know that this is right and it’s asking for it, it’s harder to not do it.”

With Astor Bar's new cocktail menu, a taste of New York is closer than you think 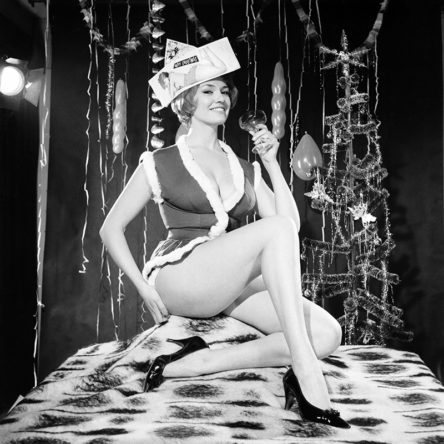 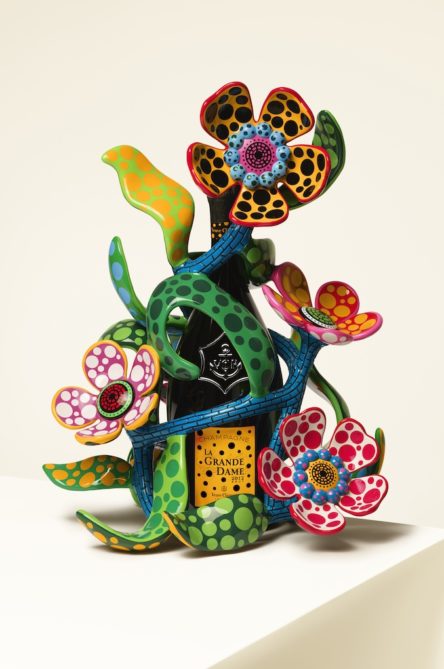 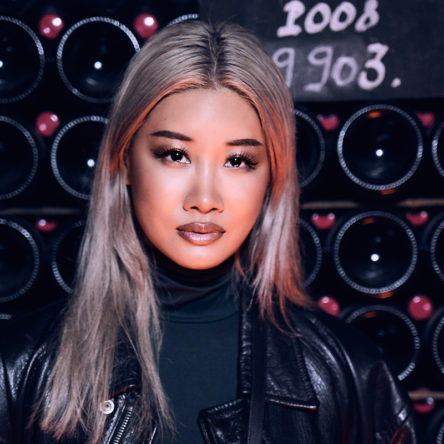