Dining out is the Singaporean pastime of choice, and nothing reflects our gastronomical culture more than the bustling restaurant scene that has bravely survived nearly two years of pandemic-induced restrictions and struggle. Months of rapid rule changes—dining-in being only allowed in pairs, no, groups of five, or was it eight?—and sudden lockdowns may have put the industry under pressure, but they have hardly broke its resilient spirit. The good news is that even through all of 2021 and early 2022, trendy new restaurants have cropped up across our island, from inventive takes on homegrown flavours to handmade pizzas straight out of Italy.

So where’s the it-crowd eating tonight? If LA-inspired cuisine is on your mind, head to Rosemead on Cecil Street for a taste of Cali food culture. If it’s a special occasion you intend to splash out for, the nine-course degustation menu at new fine-dining restaurant Caviar is well-worth the splurge. Each well-dressed plate that leaves their kitchen is laden with generous amounts of—you guessed it—caviar. And for a Friday night party, look to local DJ KoFlow’s new Japanese-fusion outfit Honcho, a curated three-story operation dishing out dinner, drinks and a good time.

Wherever you choose to go, there is something soecial to look forward to, and the best thing about dining out in Singapore is that you will never run out of options. Here, Vogue compiles the best new restaurants and bars newly launched on our shores—and worth a visit on your next night out.

The godfather of Singaporean cuisine Damian D’Silva is back with a brand new all-day dining space tucked away in the east. The name Rempapa is an extension of rempah, the Malay word for spice paste, which forms the aromatic base for most of D’Silva’s creations. The range of dishes on the menu (which spans from brunch to dinner) encompasses D’Silva’s own heritage: a melange of Peranakan and Eurasian influences he was immersed in as he grew up in the kitchens of his grandparents and aunts—all gifted cooks in their own rights.

Expect new iterations of the best-loved dishes D’Silva has served up in his previous establishments, from explosive rendangs to his addictive kuehs. The inspiration for one particularly flavourful lamb leg rendang comes from his grandfather, who strictly favoured lamb in his own rendang recipe. In D’Silva’s version, he lovingly adds herbs such as daun salam (Indonesian bay leaf) and kaffir lime leaves, then leaves it to meld together over a low flame until the sauce thickens and the lamb is fork-tender. D’Silva’s ultimate goal with this new space is to bridge the gap between a new generation of Singaporean diners and the heritage recipes he holds most closely to his heart. To that end, he has added a collection of fusion dishes that retain the essence of local flavours while adapting them to the palates of modern customers. His Pork Chop Curry Rice, for example, models itself after the popular pork katsu-don while highlighting the taste of Hainanese curry rice—familiar by sight but with a different, deeply nuanced flavour profile.

If you’re yearning for the return of Singapore’s nightlife scene, newly opened Honcho might be the closest you’ll get to stepping into a club all year. Perched amongst the hip line of Ann Siang Hill eateries, Honcho is the brain child of musician and producer Wayne Liu, better known as DJ KoFlow. Lauded as a hip hop veteran in Singapore, Liu’s immersive brand of party music clearly permeates the three-story concept, the lowest of which is an alluring basement bar shrouded in mystery and mood lighting. This level of the restaurant is reserved for club members and invited guests, designed as a space for business meetings and creative collaborations.

You’ll find the main restaurant on the ground floor, modelled after a Japanese izakaya and decked out in futuristic design elements reminiscent of your favourite nightclub, with a bar deftly serving up handcrafted cocktails like the Tanglin Spark—a refreshing mix of local gin, rosemary and lime. You might be tempted to guess that the food won’t be the highlight in a place so atmospheric, but each dish that leaves the kitchen is beautifully plated with flavour to match. Steady hits like the Wagyu Brioche Toast (perfectly cooked beef is topped with smoky mushroom and caviar for a memorable bite) and Foie Gras and Scallop Sushi are accompanied by unexpected favourites like the Sakura Tomatofu, which stars a delectable sakura mascarpone tofu, drizzled with tangy yuzu vinaigrette and topped with the juiciest Japanese tomatoes. You might not have tasted anything like it before, but you’ll definitely want to again.

Obviously, at the front and centre of new fine-dining concept Caviar is the prized ingredient it is named after. The restaurant features eight distinct types of Sturgeon roe across its menu, each type cleverly incorporated into a range of dishes rather than relegated to its usual culinary role: a luxurious but isolated topping.

At restaurant Caviar, you’ll find the ingredient in the most unexpected of places—including a Polenco Siberian variety laced through an elegant dessert plate of Sakelees ice cream (sakelees is a by-product of sake-making, and still holds 8% of the alcohol) served with dehydrated lime meringue. Caviar and ice cream may not be the most intuitive mix, but the former’s buttery-salty finish sets off the sweet yet acidic flavour of the latter to create a unique experience on the palate. When it comes to the savoury items, the local team of young but precocious chefs seem to take the inclusion of caviar in nearly every dish as license to be liberal with cream, so be prepared to loosen your belts as you make your way through the indulgent menu. From Polanco Siberian Reserve caviar delicately ladled onto an velvety bowl of potato, confit egg yolk and Iberico lard to the tender halibut dressed with a flavourful pil-pil sauce and the umami flavour of ikura, each dish is an exercise in opulent dining fit for a special occasion. The stand-out, however, is clear: a French-originated dry-aged pigeon served two ways, complemented perfectly by the silky amber pearls of Superior Oscietra caviar.

Amongst the new crop of artisanal pizzerias in Singapore is the cosy Milano Pizza & Wine on Craig road. Milano’s speciality is its innovative and painstakingly-researched pizza dough, developed in conjunction with world-renowned expert piazziolo Anthony Falco. The restaurant’s signature 12-inch Neo-Neapolitan pizza dough, for example, goes through an entire 24-hour period of natural fermentation, and is made with Australian organic stoneground wheat flour, Italian pizza flour, and their own sourdough starter. A range of creative toppings are available, from the light yet luxurious Crab and Lobster Bisque to the spicy, kimchi-flavour Koreatown.

Milano’s Sicilian Grandma pizzas are square-shaped and two-inches deep. The dough for this trendy variety is laboriously rested, folded, and rested again over a day, allowing the pie to retain its light, airy, and honeycombed texture for a truly unique bite. To further elevate the meal, start with a truly more-ish steak tartare with anchovies and jalapenos folded in, served up with a delightfully fluffy pane fresco, and wash it all down with your choice from their extensive collection of natural wine.

New modern-Californian dining hotspot Rosemead has taken over what used to be The Black Swan, another favourite of gourmands. This latest concept from Jigger & Pony Group, which is named after executive chef David Tang’s hometown in California, is housed in a conservation building—the former home of Kwangtung Provincial Bank in the 1920s.

Today, it oozes country-chic with remnants from its original glory—such as intentionally retained wall stains—lending it nostalgic charm. As for the underlying premise of its cuisine, it’s simple: to convey Los Angeles’ vibrant food scene while mirroring the global food culture of Singapore.

Location tag Rosemead on Instagram and you’ll see a barrage of plushy rolls adorning your feed. The housemade shokupan happens to be the restaurant’s hidden weapon—lavished with a glaze made out of maple syrup, smoked bacon and kombu and fitted with a pillowy soft center. Carbs aside, other stellar sides include the Chitose farm cherry tomatoes, roasted on hot coals—then seasoned with a sizzling nduja vinaigrette and pork crackling. With dishes like the aforementioned, backed up by mains like the whole roasted chicken showered with black winter truffle shavings and seafood cooked with Asian nuances, one can definitely taste the hospitality brimming from the veritable food culture of Cali when dining at Rosemead. 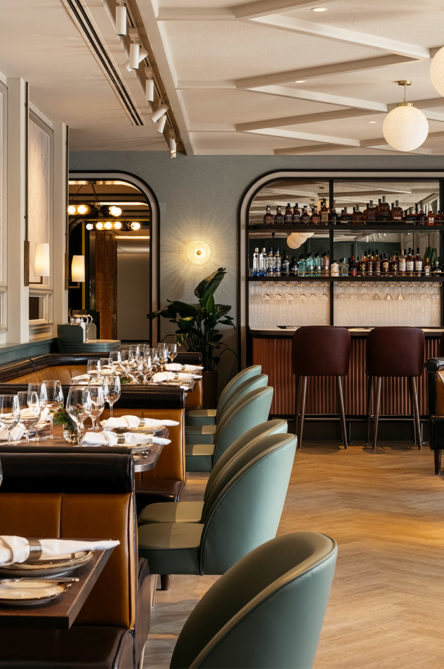 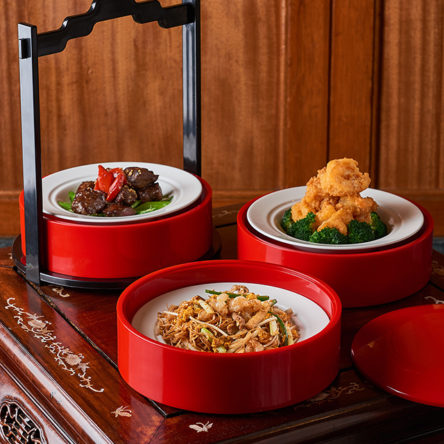 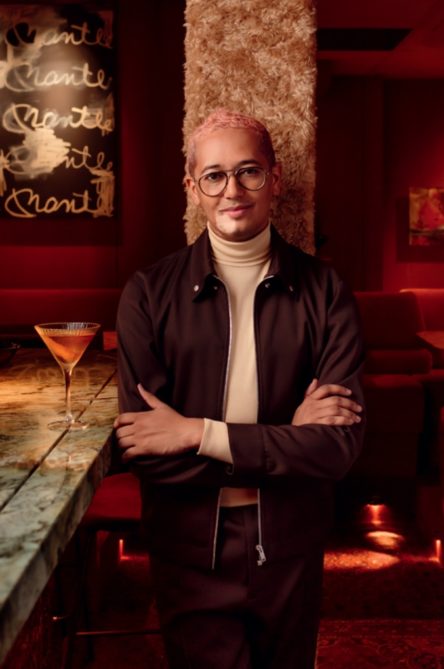