Yohji Yamamoto is a man who makes his own weather. That thought came to mind at the end of the Yohji Yamamoto fall/winter 2022 show when he sent out a pair of models in heavy sweaters swaddled several layers deep and mini umbrella hats with long strands of yarn fringing them like falling rain. Fashion has been buffeted by change. The pandemic has prevented some of Yamamoto’s Japanese peers from returning to Paris, and meanwhile a new generation of digital-native designers is moving to the metaverse. The trend cycle just keeps spinning faster. But a Yohji show is unchanging: the models padding out on flat boots or trainers at a stately pace so that every graceful cut and artful twist and drape of his densely layered looks can be appreciated.

Tonight’s show began with an exploration of denim, cut into cropped versions of the familiar jean jacket or draped into asymmetrical shirt dresses, short in front and long in back, or with an irregular hem. Some pieces were bleached with a ghostly apparition. White cotton shirts got the Yohji treatment, too. They came with cowl necks or long jabots or crisscrossed at the torso as if a giant napkin had been tucked into a collar. And his tailoring was as expressive as usual, every jacket an exercise in deconstruction, and each one subtly different. The most outspoken pieces in the collection were the puffer jackets with couture-like volumes, though the patchworks of black lace that he shaped into a dress and egg-shaped skirt or simply tied around the shoulders like a shawl were a close second.

Yamamoto’s codes are currently in vogue. The trend cycle has come around to the romance of his graceful shapes; you can see evidence of it on other Paris runways. But when the cycle spins again, you can count on Yohji himself to keep the flame alive. 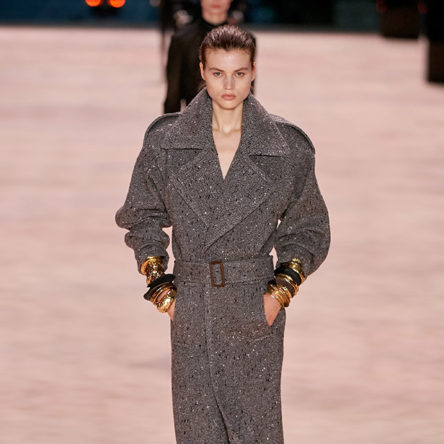 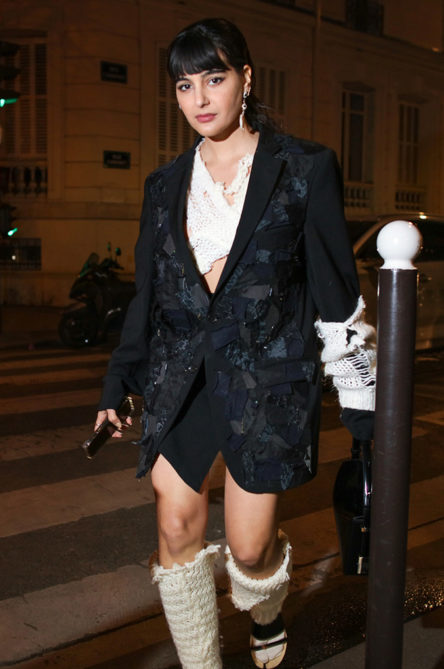 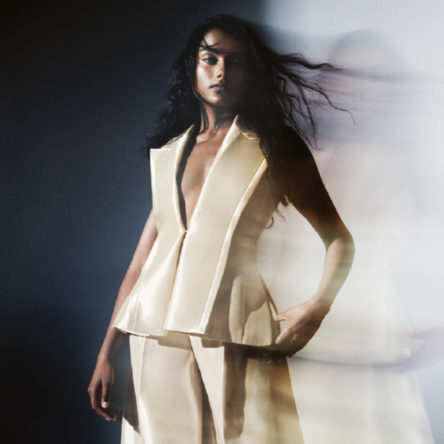