As far as brand ambassadorships go, K-pop super girl group Blackpink‘s members are among the most highly sought after, and Jisoo has finally got her due as the new global ambassador for fashion and beauty of French luxury brand Dior. Taking to Instagram to share the news with her 37 million followers, Jisoo said, “So thrilled to join Dior as their new global ambassador for both fashion and beauty! I can’t wait for all the exciting work we’ll do together.” This is not Jisoo’s first connection with the maison, having previously repped Dior Beauty in recent years. In a press statement, the house said that Jisoo was the perfect choice because she “embodies with her singular audacity, the House’s modernity and the passionate creativity of Maria Grazia Chiuri.” Also, in an homage to their new global ambassador, the house also said that Chiuri was partly inspired by the Korean singer for her most recent Dior AW21 collection, shown at the Palace of Versailles.

Kai collaborates with Gucci for a cute capsule collection

The news that Kai, of K-pop boy band EXO fame, would be collaborating with Gucci on an exclusive collection first came to my attention via an excited Instagram DM from my friend (and fellow K-pop enthusiast). Esquire Korea had just dropped the images of the shoot, and my goodness—the collection (and Kai) was absolutely adorable. The key motif of the collection centres on the teddy bear, a childhood essential and a personal favourite of the K-pop star, which Alessandro Michele has given a cheeky update with a blue bow tie. If you want to get a piece of the Kai x Gucci collab, you’ll be pleased to know that the collection will be dropping this April exclusively at Gucci ION Orchard. In the meantime, get a peek at the campaign images below and take mental notes on what you want to cop.

Earlier this week, a massive pastel pink box from H&M arrived to celebrate the launch of the upcoming Simone Rocha x H&M collection (in stores on 11 March). Inside, there was a box set of five books—paintings, really, by Faye Wei Wei—and a set of instructions to immerse oneself in the AR experience. It did not disappoint. Scanning the QR code brought a host of Rocha’s close friends, models and celebrities to life within the pages of the books—Thumbelina-sized models wearing key pieces from the collection—among them, Kaia Gerber, Helena Bonham Carter, Francesca Hayward and more. Needless to say, a good hour went by without my notice while playing with the interactive presentation.

The Simone Rocha x H&M collection will be available at hm.com and in H&M Orchard Building on 11 March. In view of safe shopping and social distancing in store, there will be no physical queue and shoppers can apply for their digital queue online from 8 March. Check out the H&M Singapore Facebook page for more details.

Luxury resale site Vestiaire Collective has crossed the $1 billion valuation, thanks to luxury group Kering, who has taken a five per cent stake in the company. Kering owns brands the likes of Gucci, Alexander McQueen, Bottega Veneta and more, and has been looking at ways to get into the luxury resale sector—Alexander McQueen, for instance, just recently partnered with Vestiaire for their ‘Brand Approved’ resale initiative. “Pre-owned luxury is now a real and deeply rooted trend, especially among younger customers. Rather than ignoring it, our wish is to seize this opportunity to enhance the value we offer our customers and influence the future of our industry towards more innovative and more sustainable practices,” said Kering CEO François-Henri Pinault in a statement. In the same statement, Vestiaire said that they would use the financing to drive several initiatives—including moving the fashion industry towards a more circular model by expanding its ‘Brand Approved’ service, reducing its carbon footprint, and building a community of ‘fashion activists’.

It’s been utterly impossible to miss the news from Prince Harry and Meghan Markle’s explosive tell-all with Oprah, released this past week on International Women’s Day. And while the allegations the couple made against the Royal Family took centre stage—some members of the Royal Family were allegedly concerned about Archie’s skin colour! Meghan had suicidal thoughts from the constant media bullying!—it was a sweet, heartfelt nod to the late Princess Diana that I noticed: Meghan was wearing her mother-in-law’s diamond tennis bracelet for the interview. It’s not the first time that she has worn it, having previously donned it for a royal tour in 2018, but this time it seemed to be a touching tribute, and a symbol of strength. Another direct link that made Princess Diana’s diamond bracelet’s appearance even more symbolic was when Harry told Oprah, “I certainly felt her presence throughout this whole process.” Chills.

Ruba Abu-Nimah has been named the new creative director of American jewellery company Tiffany & Co. It is the company’s first artistic hire under its new LVMH leadership, and WWD reports that she will have a hand in shaping the company’s creative vision, but will not play a part in product development, which has been under the purview of Reed Krakoff, the brand’s chief artistic officer since 2017. Previously Abu-Nimah has worked for Elle, Bobbi Brown, Shiseido, and most recently, Revlon.

Tune in next week for another instalment of the top things that you need to know about what’s going on in the world of fashion. 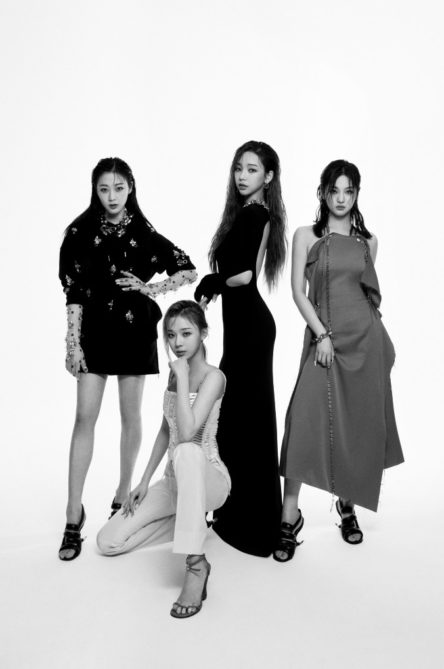 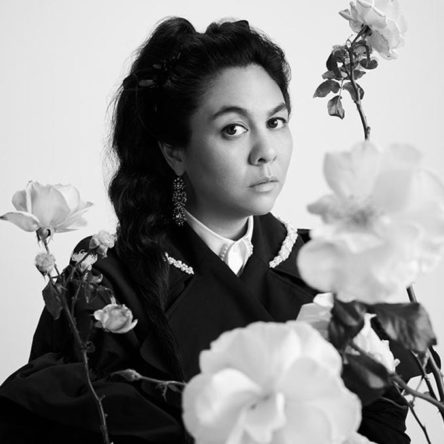 “It’s a collection for the whole family”: Simone Rocha talks about her H&M collaboration and picks her favourite pieces 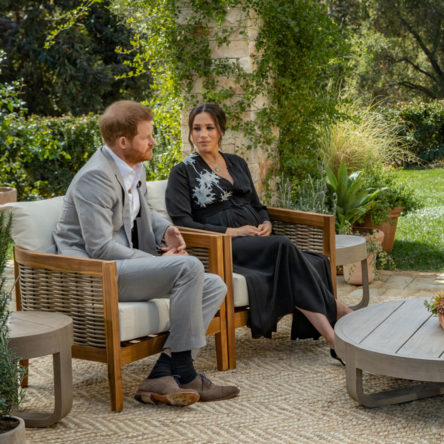