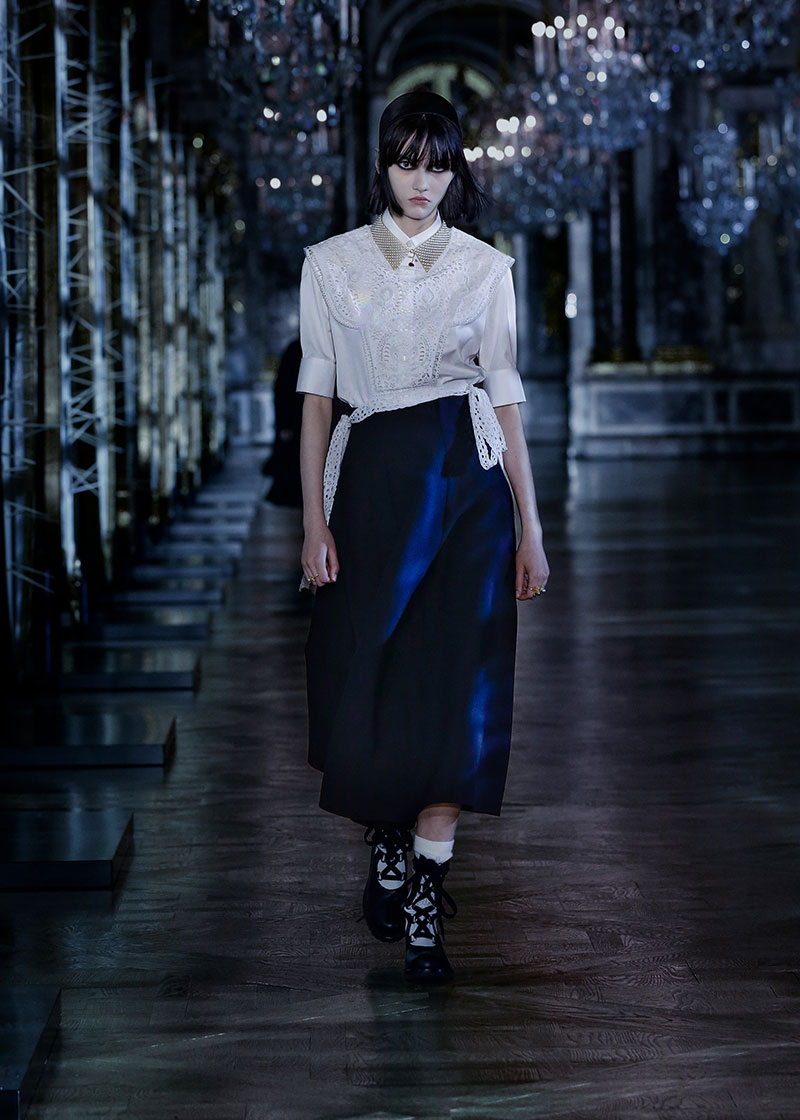 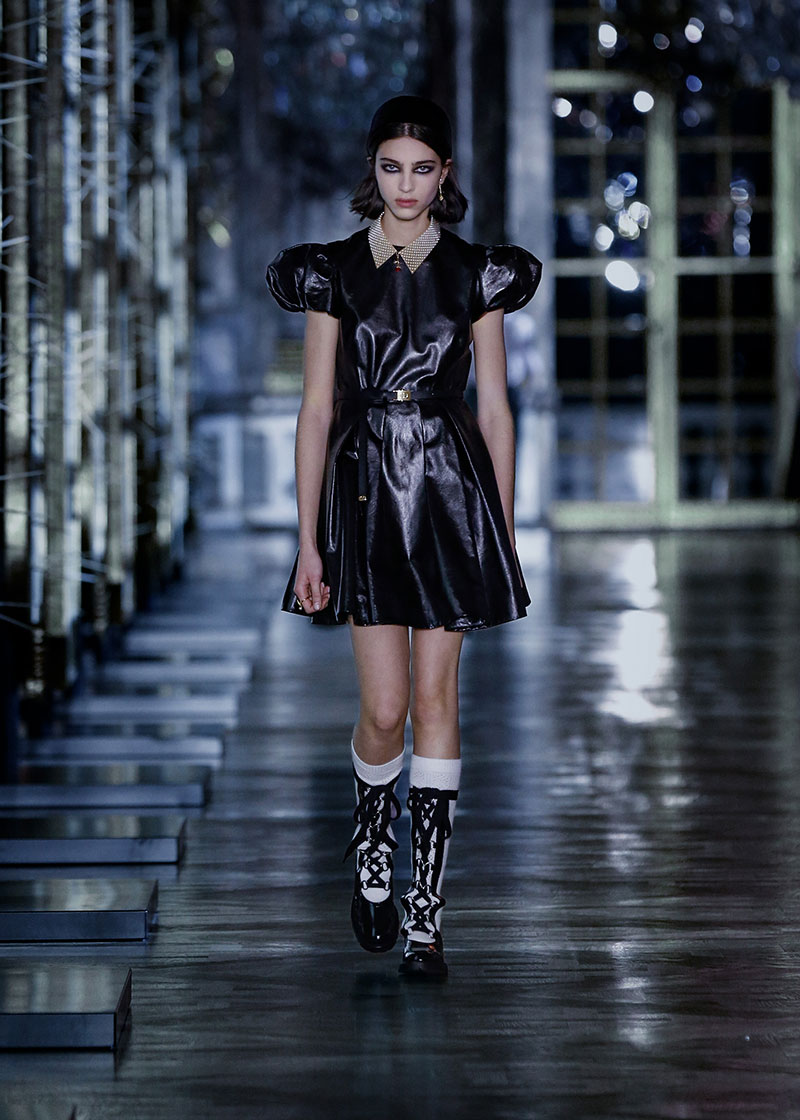 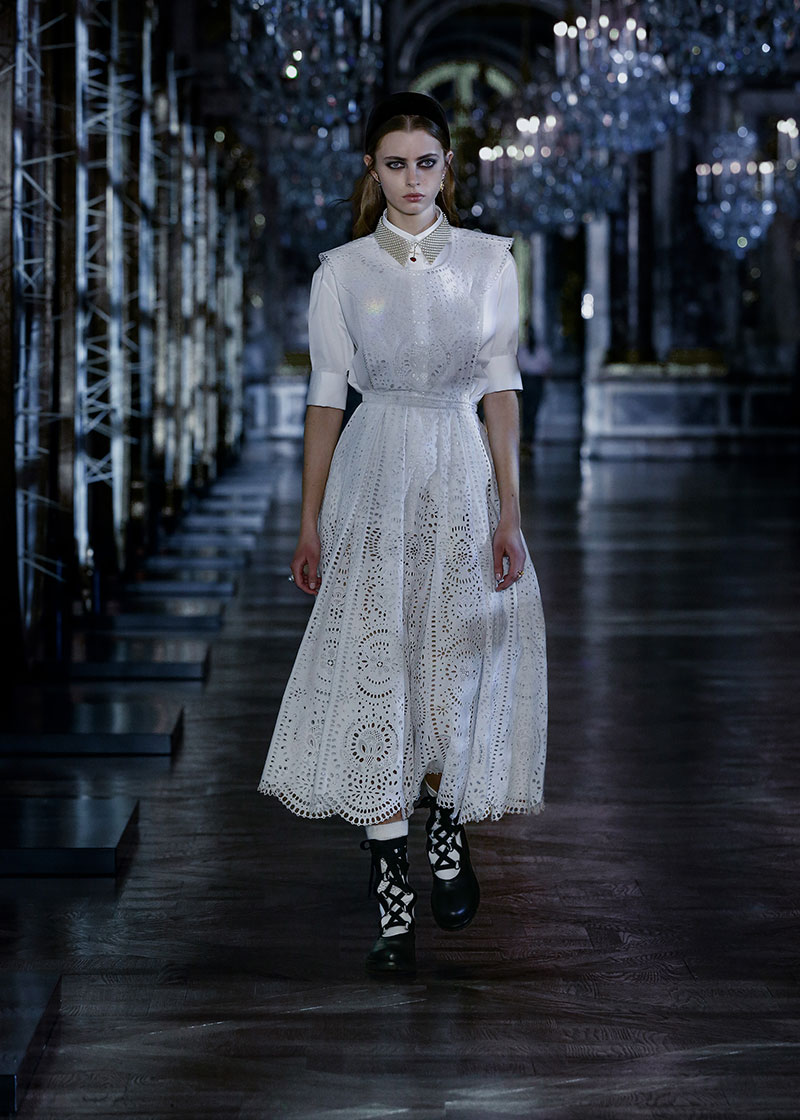 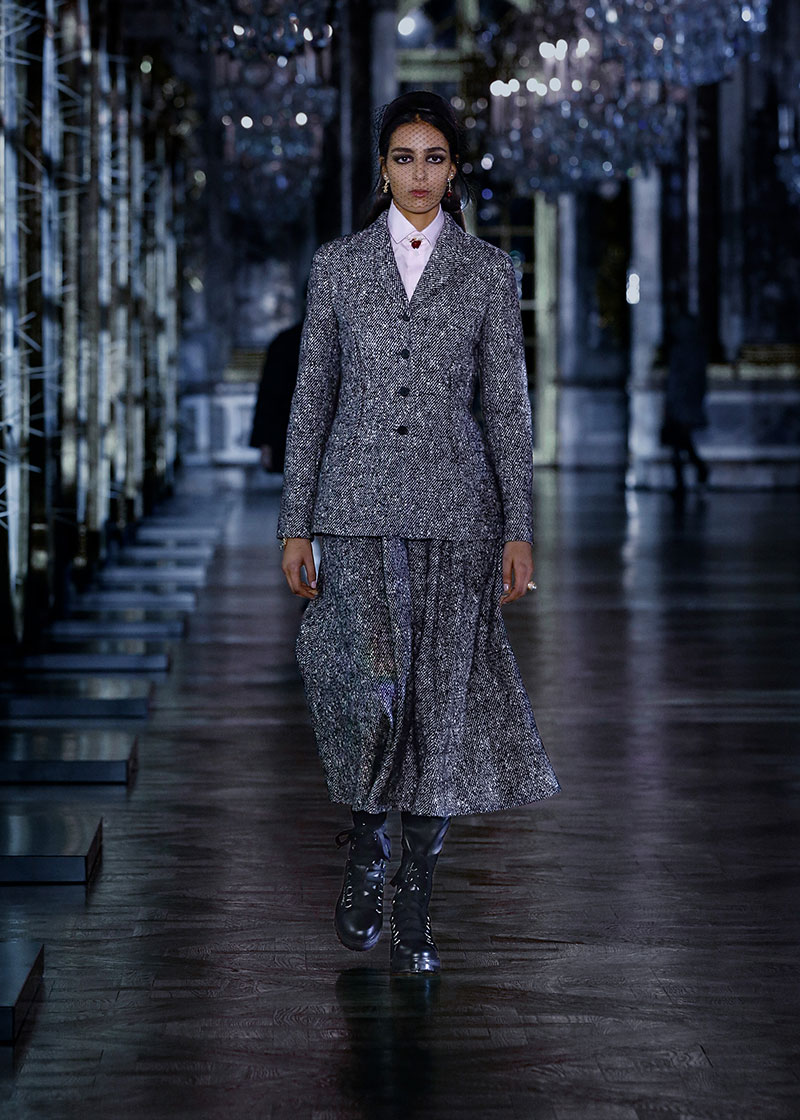 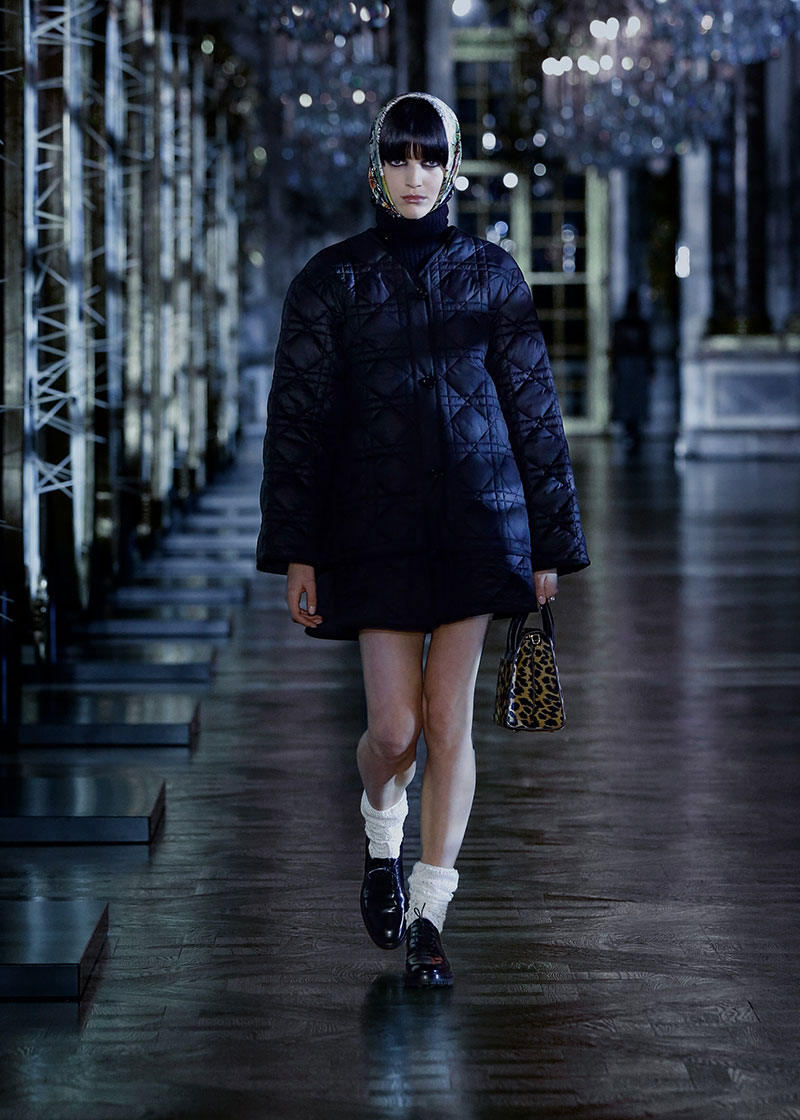 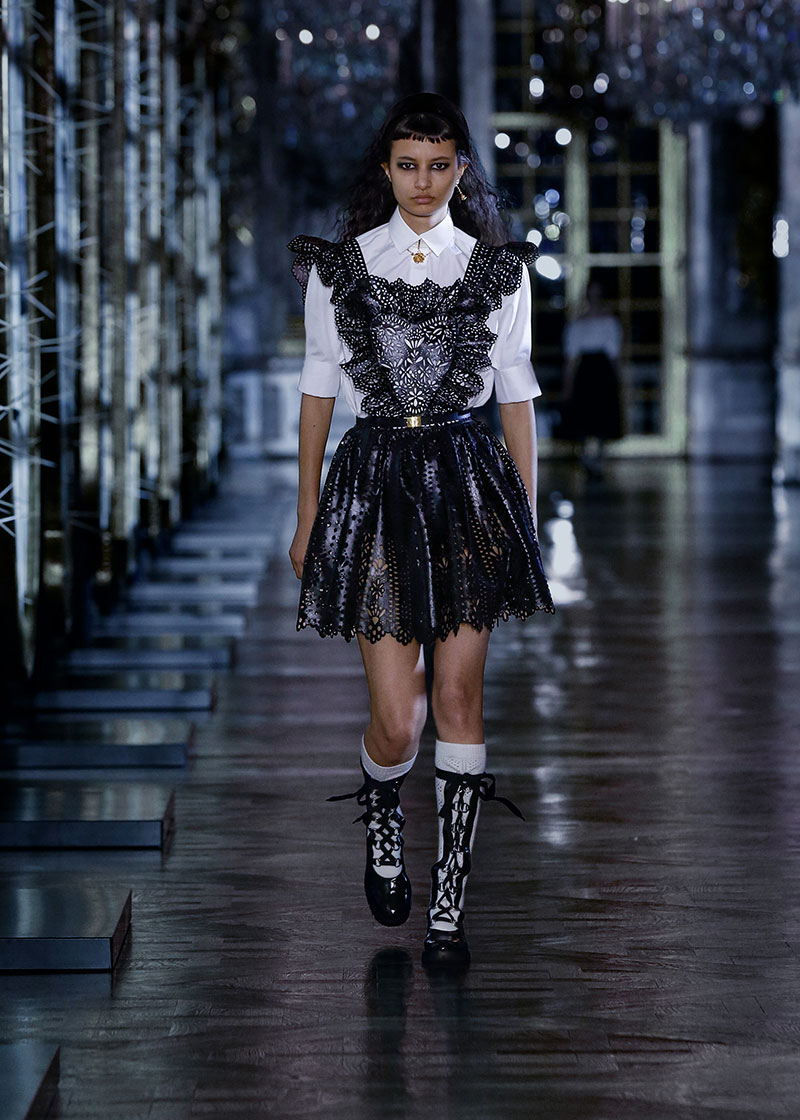 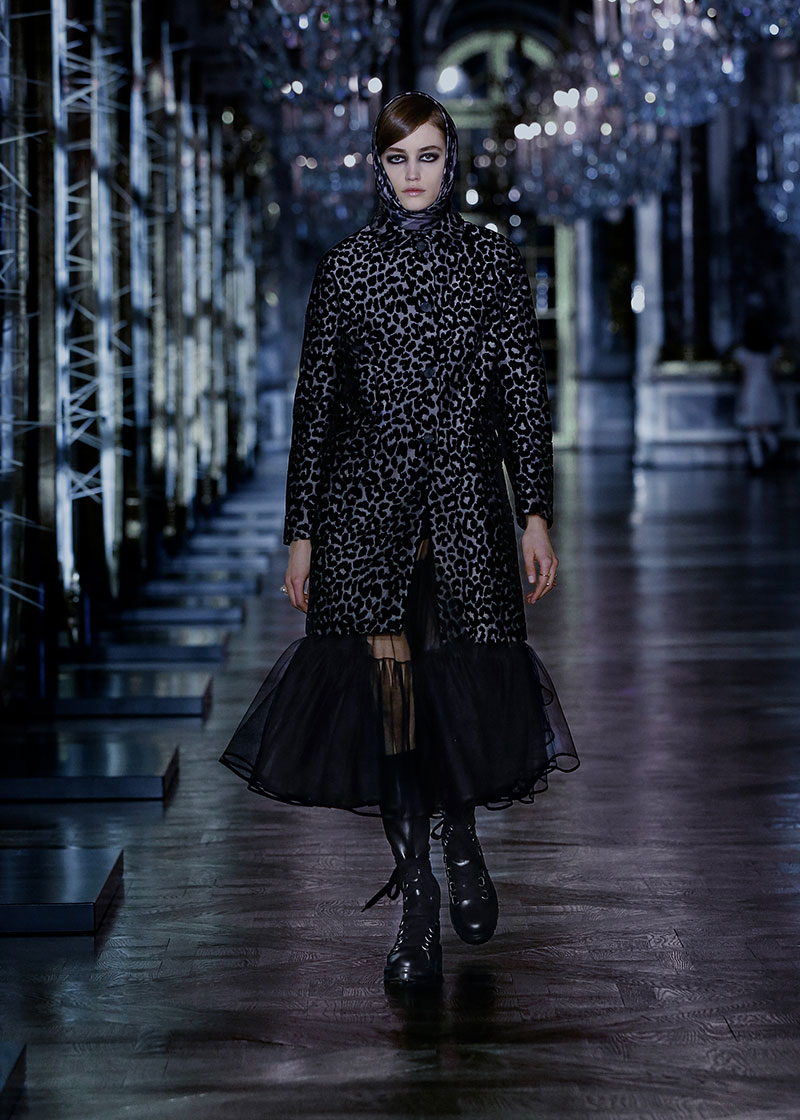 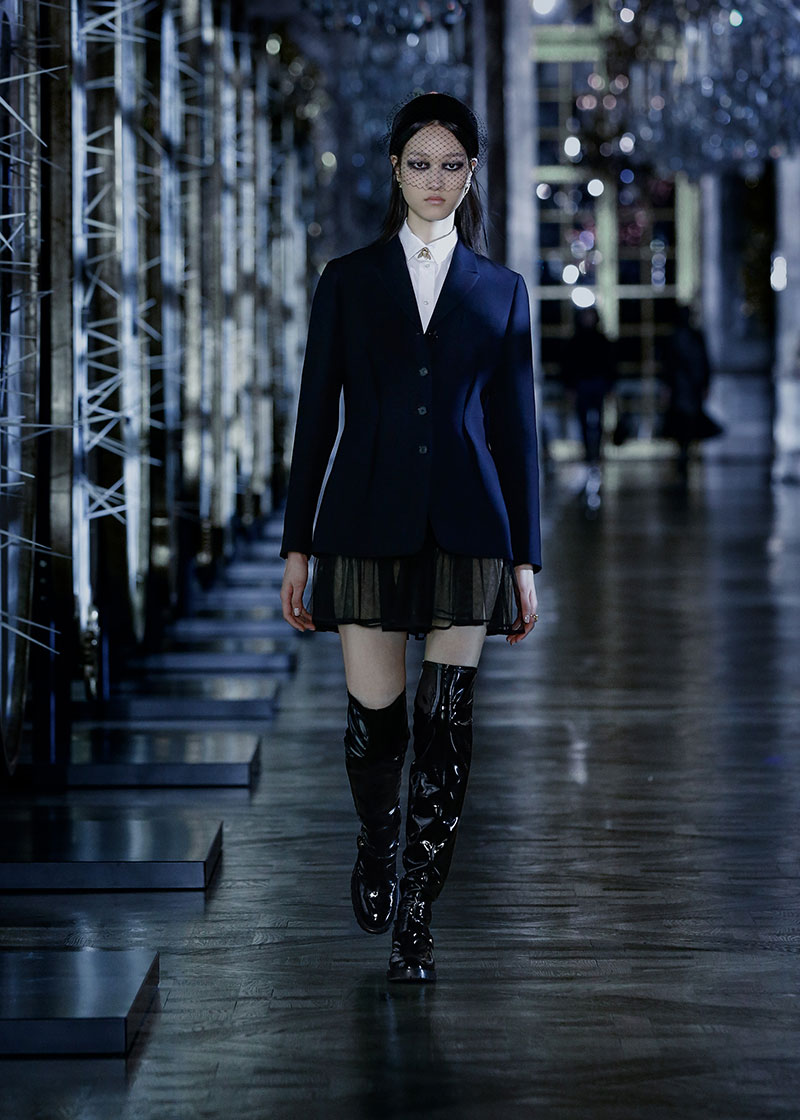 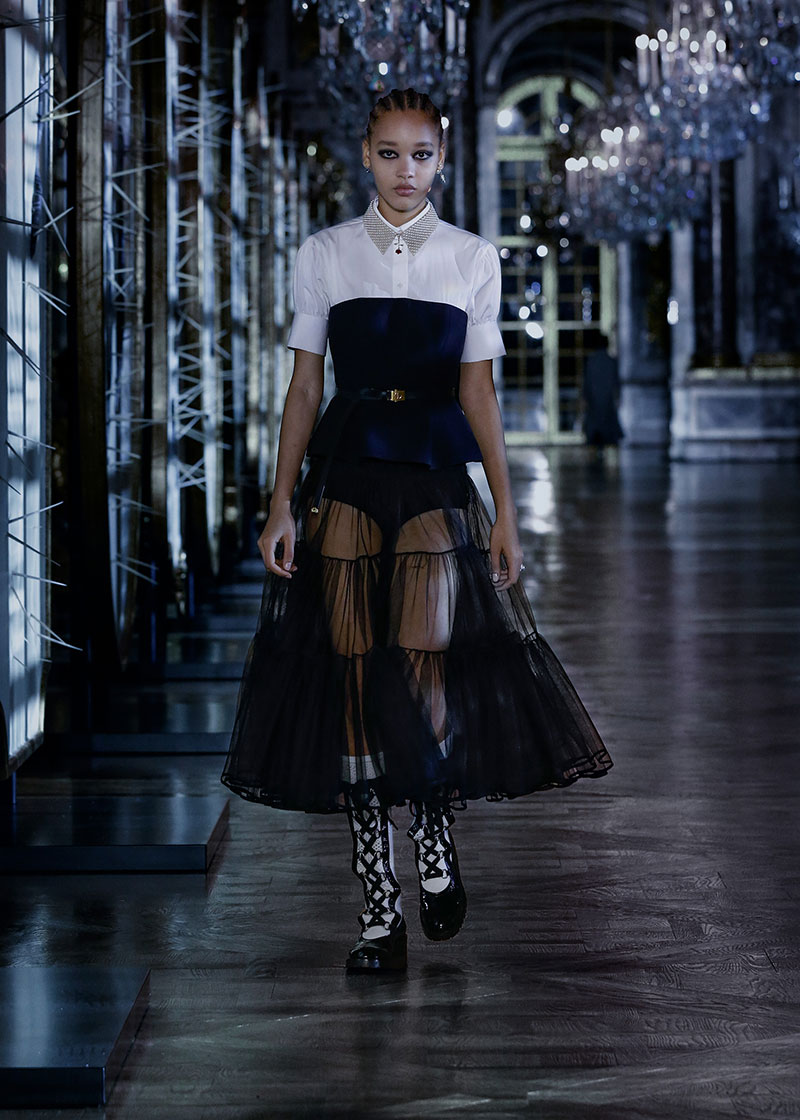 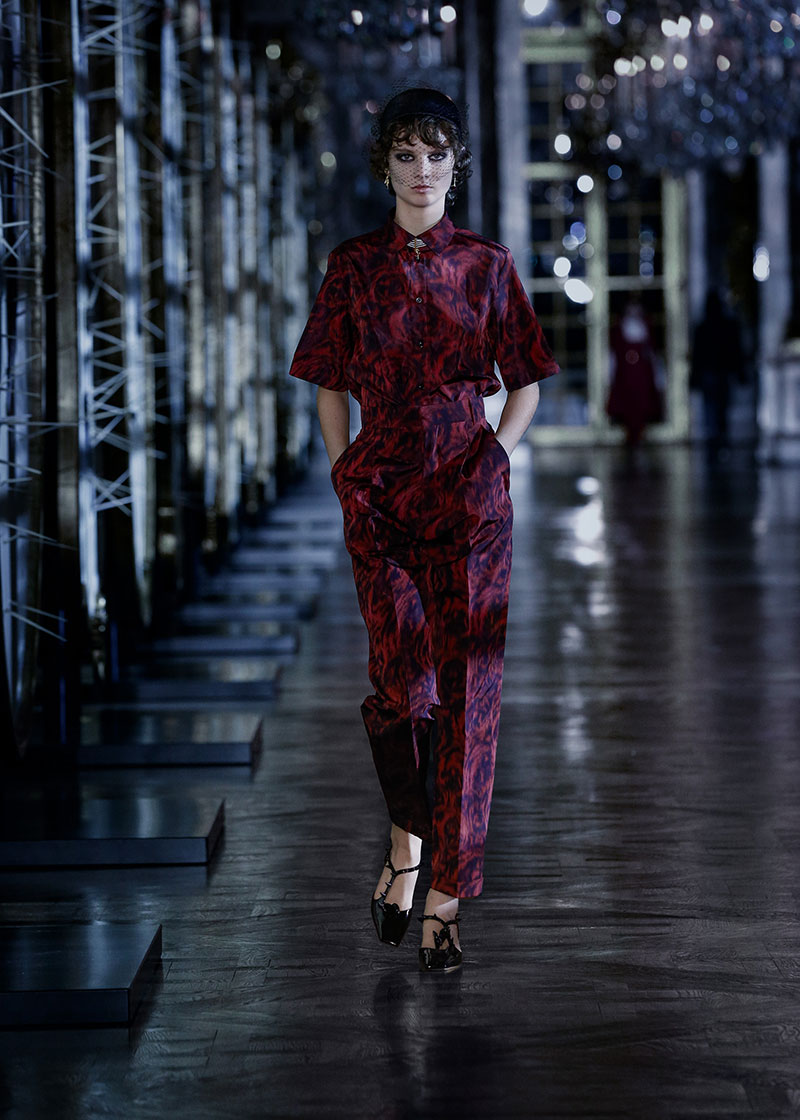 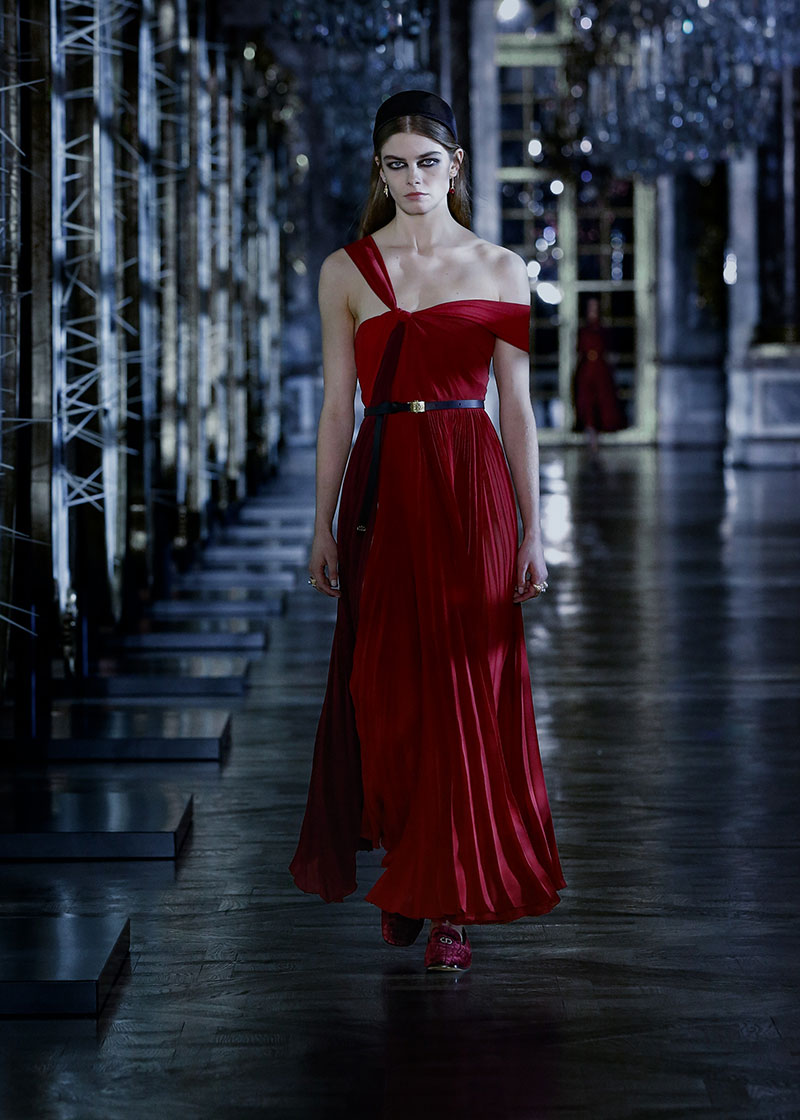 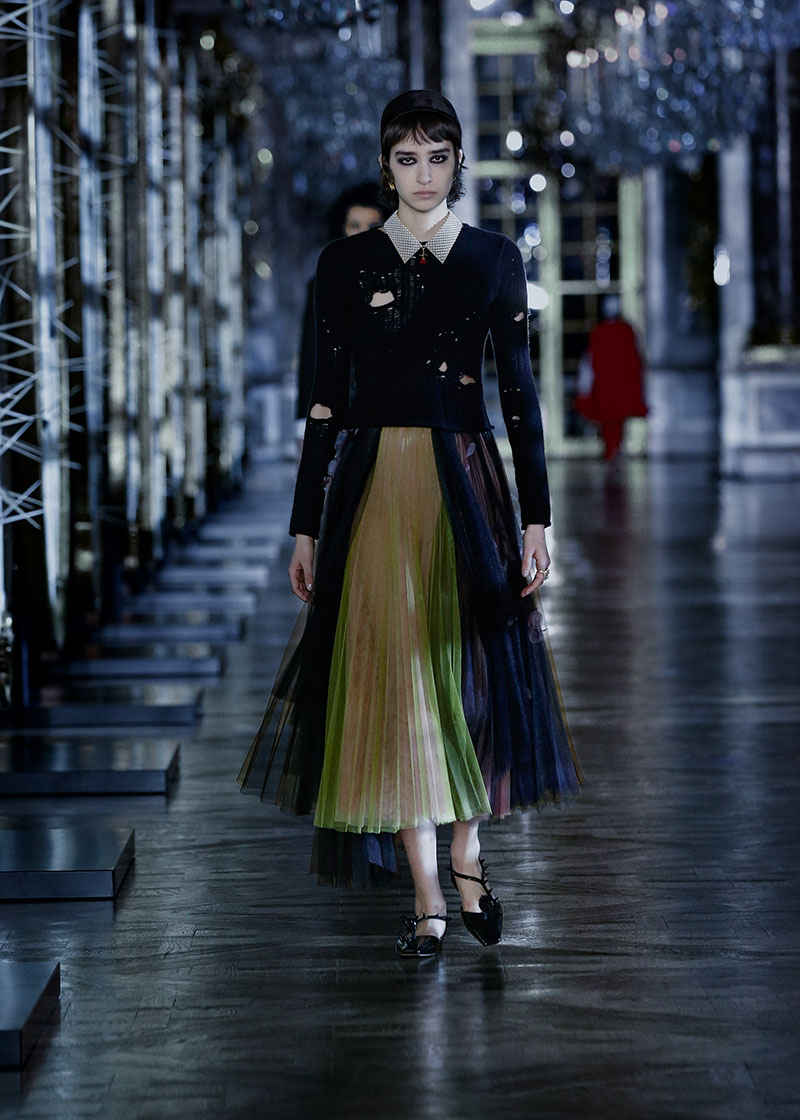 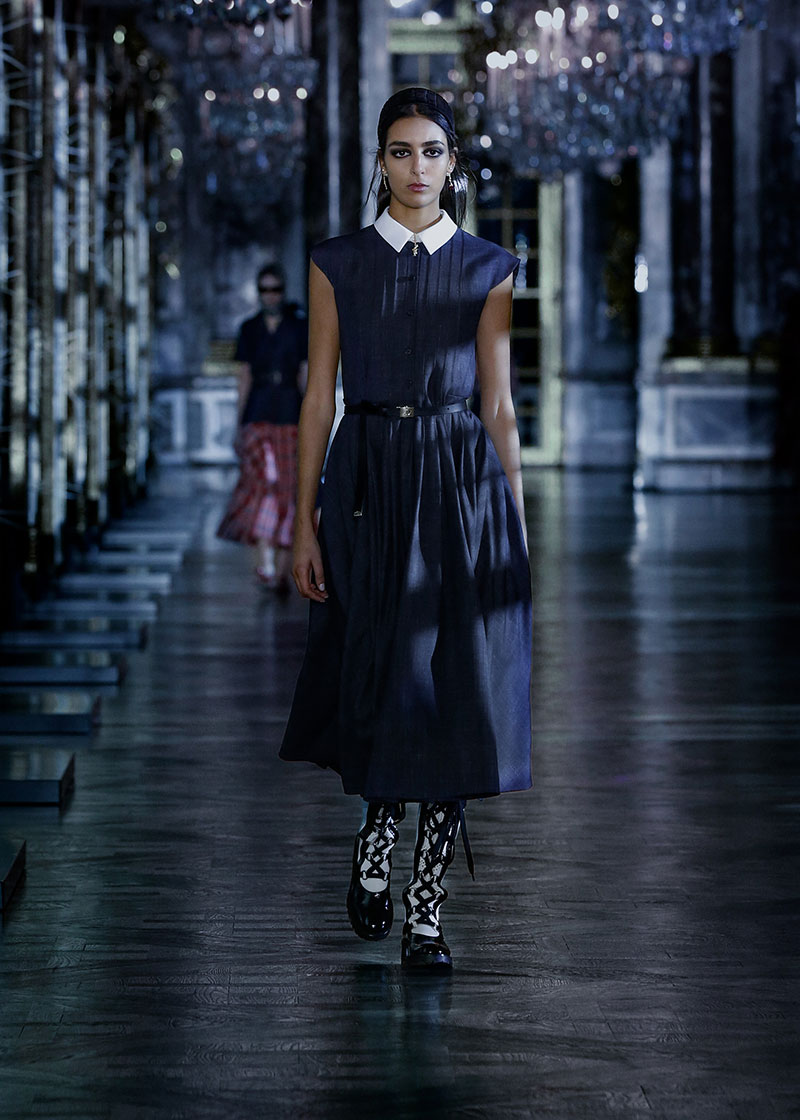 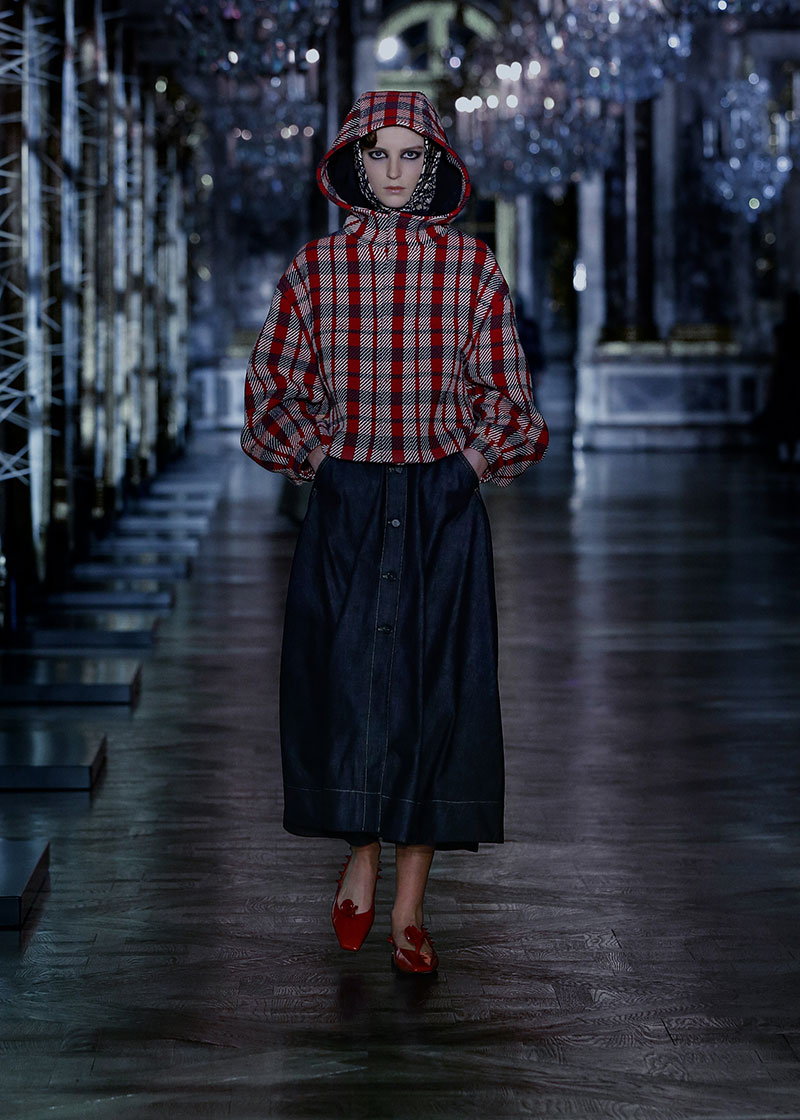 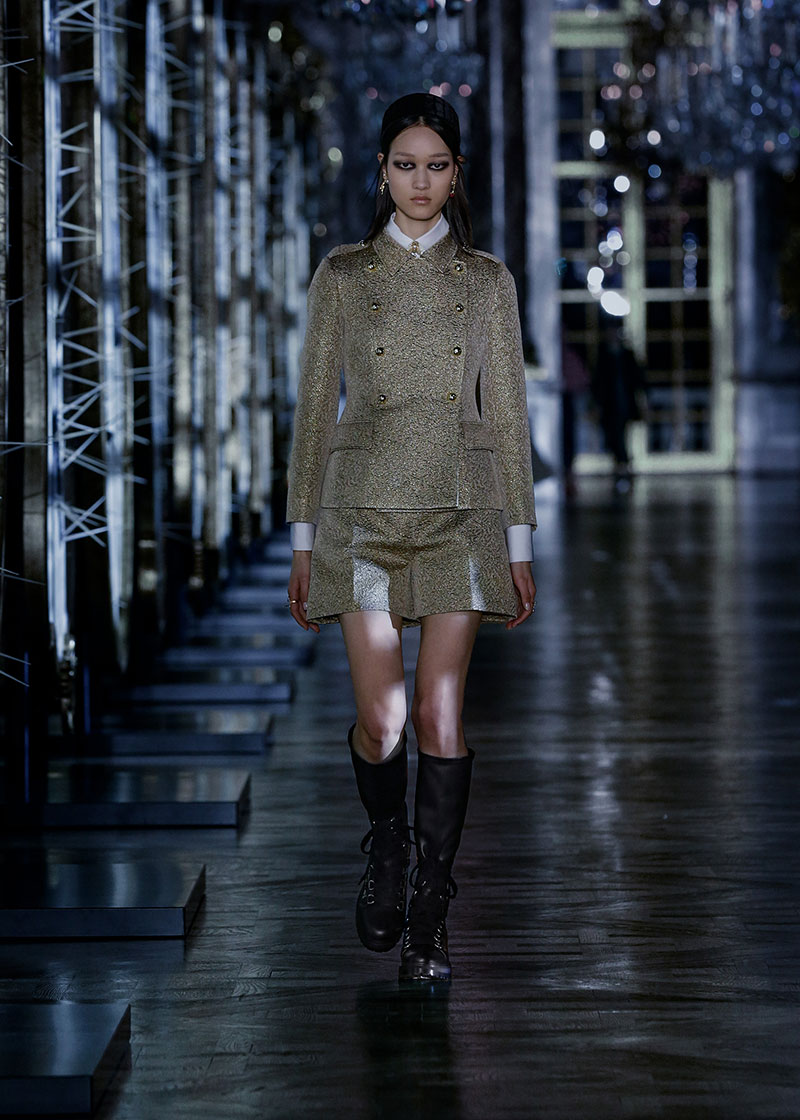 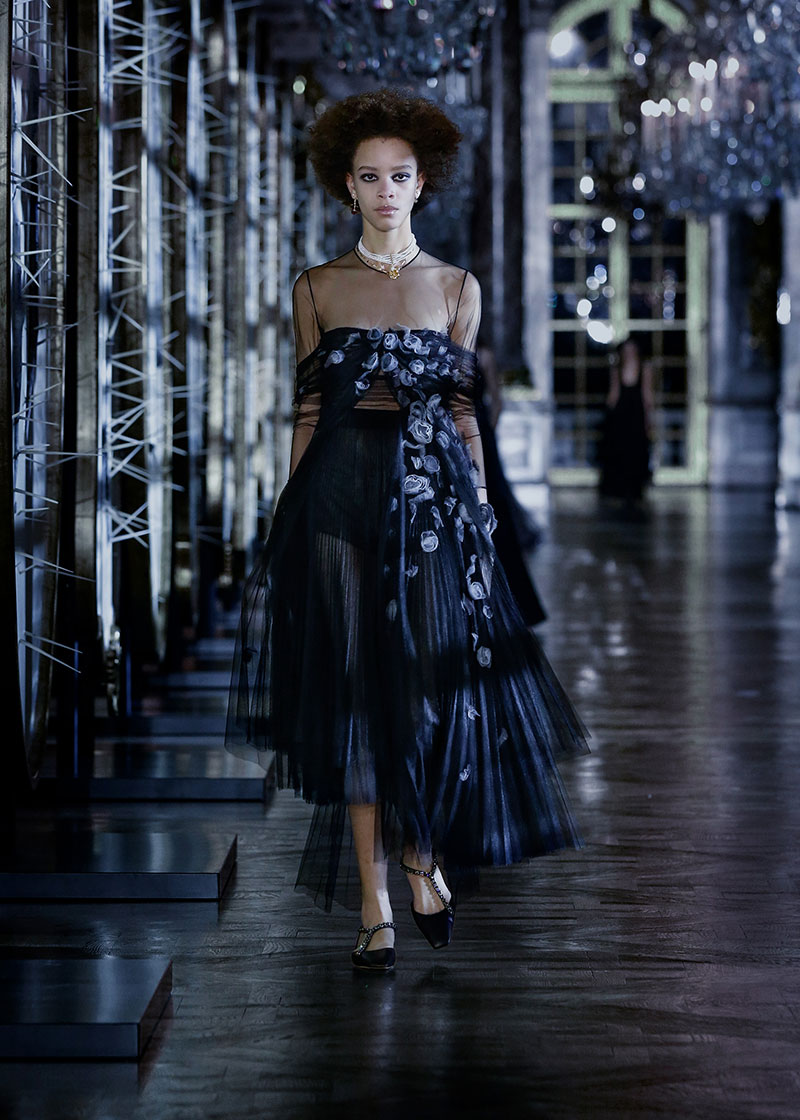 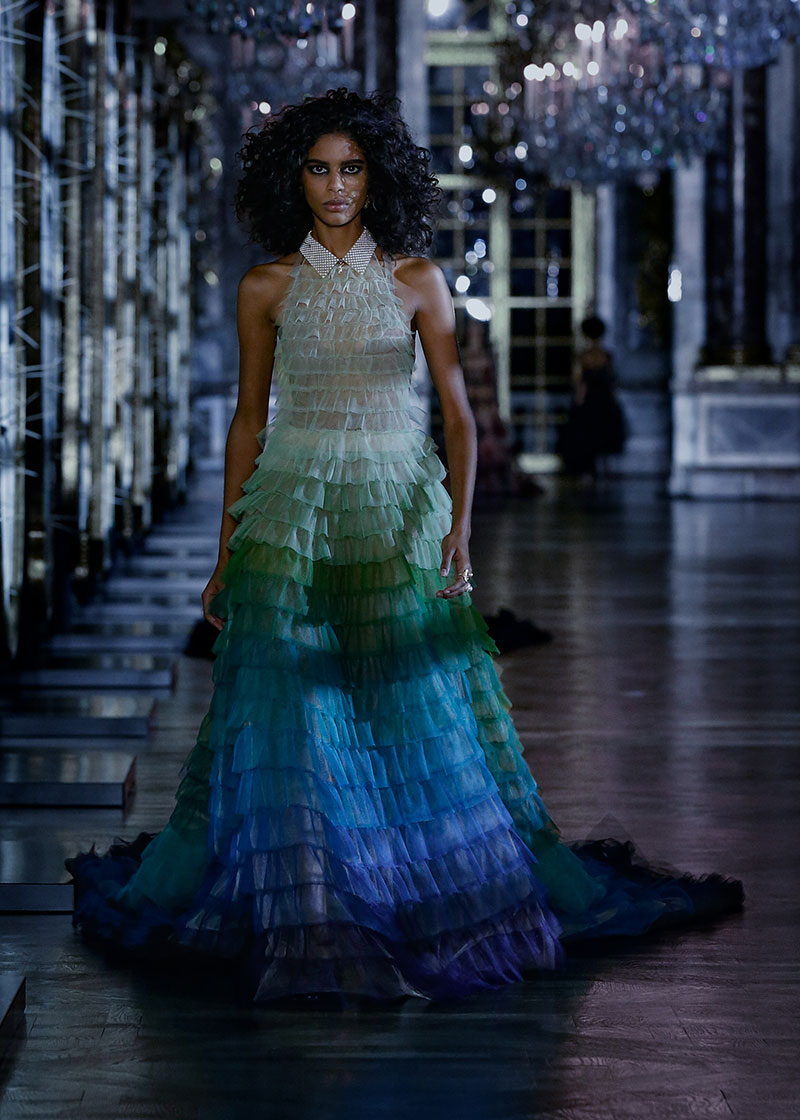 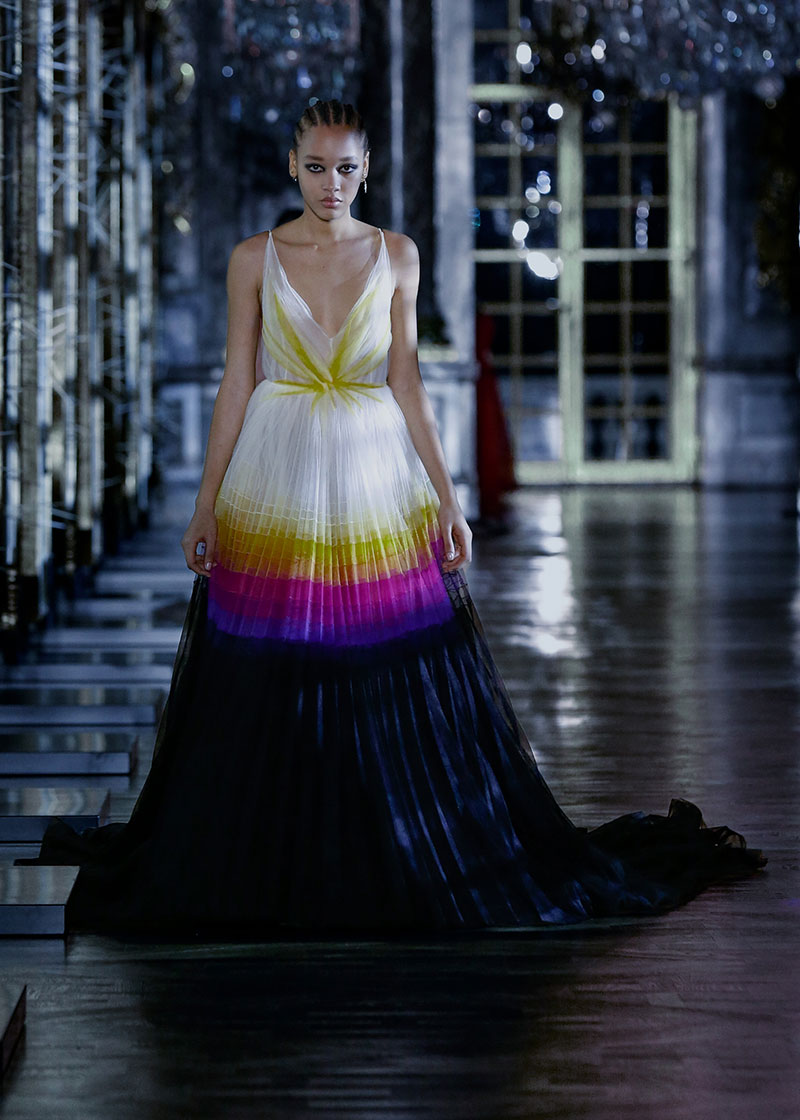 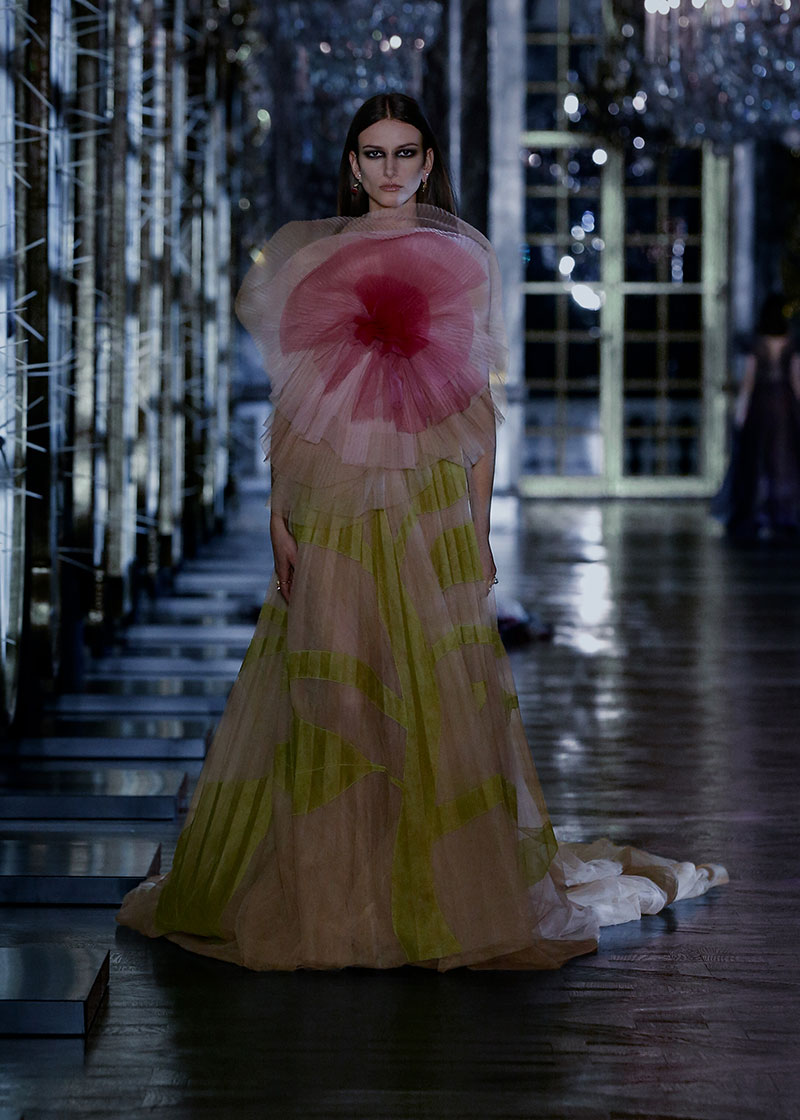 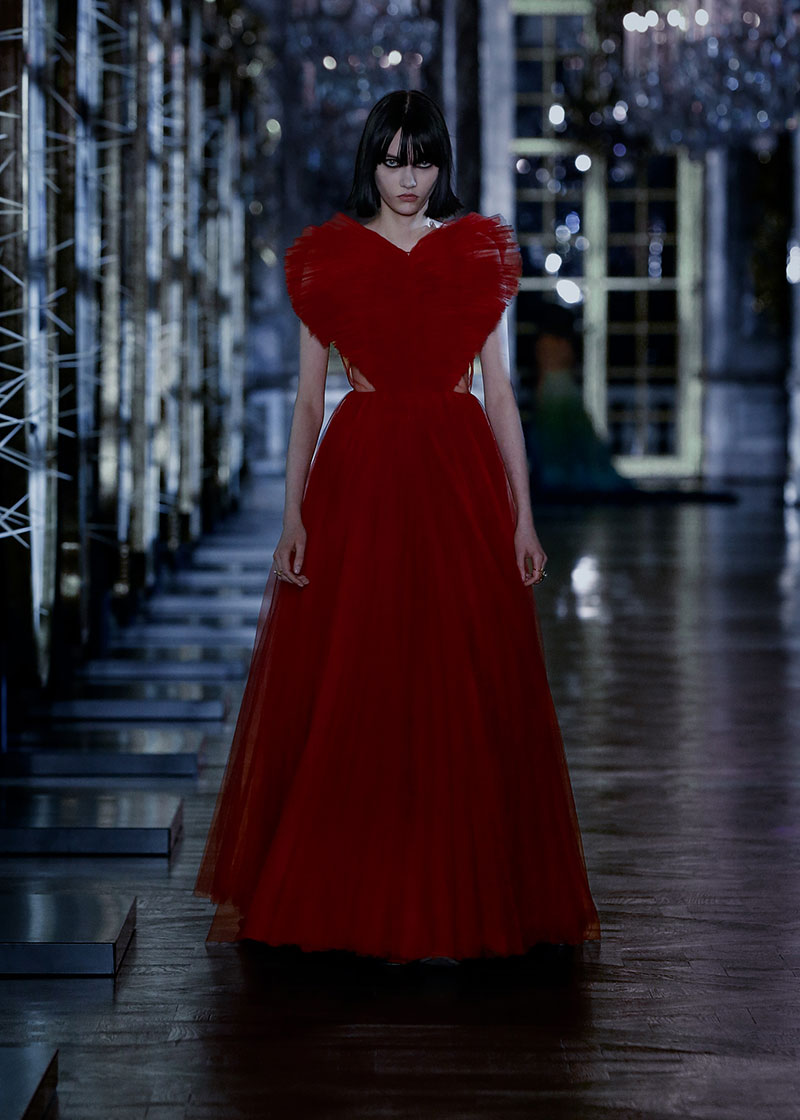 With no reason to dress up, be seen, or—on some days—even look in the mirror, the past year has been an opportunity to reconsider a culture of vanity that was running on overload. Now we talk about a wardrobe reset: a post-lockdown reduction of excess to an appearance more essential. Yet the ego-centric mentality of the social media era—the “So-Me” era—wants what it wants. Confined to our homes, digital narcissism has intensified, from casually staged self-portraits on the iPhone auto-capture to the timeless attraction of the mirror selfie. On video calls, we are constantly confronted with our own thumbnail reflection staring back at us.

“You’re talking to a woman who has no mirrors in her house. I probably have one mirror and it’s behind my bathroom door,” Maria Grazia Chiuri said, speaking from Paris on one of those video calls. “Can you imagine me taking a picture of myself in the mirror? Impossible! It’s not something that’s on my mind. I prefer something more simple and real. But I’m probably a different generation.” Titled Disturbing Beauty, she filmed her Christian Dior show in the Hall of Mirrors at Versailles, a gallery created by a self-deifying 17th-century crown so it could mirror itself in its own greatness.

Chiuri lined the hall with artworks by the Italian artist Silvia Giambrone: mirrors waxed to obscure the reflection, riddled with thorns like something out of Beauty and the Beast. “She sees the relationship we have with the mirror as an attraction, but at the same time, repulsion,” the designer said. There, alongside her models, performers choreographed by Sharon Eyal engaged in passionate dialogues with the mirrors. “It’s as if she advises the young girls on the runway: ‘If you want to build your identity, don’t look yourself in the mirror,’” Chiuri said. “It’s something we talked about a lot. If you want to concentrate, you can’t look at your reflection.”

Written by Madame de Villeneuve in 1740—and adapted for the screen by Jean Cocteau in 1946, just as the New Look was launching—Beauty and the Beast’s gloomy motifs of vanity and judgement inspired Chiuri to interpret it for our contemporary situation. She layered the collection with themes from fairy tales centered around ideas of appearance vs. character: Cinderella, Little Red Riding Hood and Sleeping Beauty, stories re-recorded by Charles Perrault in Versailles in the 18th century. It inspired a collection suspended between the idea of the classic and timeless wardrobe that feels essential now, and the alluring danger of the fairy-tale world.

It was pure post-lockdown psychology: a longing for opulence suppressed by strict austerity. On one side, Chiuri exercised her sense for pragmatism in stringent tailoring embodied by the humble fabrics of menswear, in performancewear-like puffers quilted in the house cannage pattern, and in rigid military codes, embracing our rediscovered appetite for the great outdoors. Conversely, she contrasted it with the temptation of fairy-tale dressing. That same gray tailoring was adorned with riding hoods and transformed into dramatic capes. A full red look was unmistakably Grimm. Roses and apples—the eternal symbols of fairy tales—appeared in prints adapted from those created for Dior by Andrée Brossin de Méré in the ’50s.

Alice in Wonderland’s prim black white-collared schoolgirl dresses materialized dangerously in leather, a feeling echoed in Broderie Anglaise that morphed into knitwear or strict laser-cut leather bibs retaining that looming danger. A thorny ankle strap graced a pair of ruby pumps that nodded to Oz, or perhaps Hans Christian Andersen’s The Red Shoes, a brutal story of desire and vanity. Chiuri paid homage to his Steadfast Tin Soldier in royal guard coats, adding some magic dust to the idea of the essential wardrobe. “People don’t just want functionality and timelessness. They want desire, too,” she said.

It’s curious how many fairy tales have dealt with themes of narcissism and gluttony, which could now be mirrored in the social media age, from gothics like The Picture of Dorian Gray and The Strange Case of Dr. Jekyll and Mr. Hyde to Dostoevsky’s The Double or Andersen’s terrifying stories of The Little Mermaid, The Snow Queen, The Shadow, and The Emperor’s New Clothes. As we prepare to transition back into a life of possibility, perhaps their warnings of vanity are worth noting. Chiuri’s collection was a thought-provoking illustration of our relationship with beauty, excess, and our own image: something to be enjoyed in moderation, you might say. “I prefer the original fairy tales. The references are scary. It’s a way to teach young people what happens in the world,” she said. “A way to prepare them for the future.” 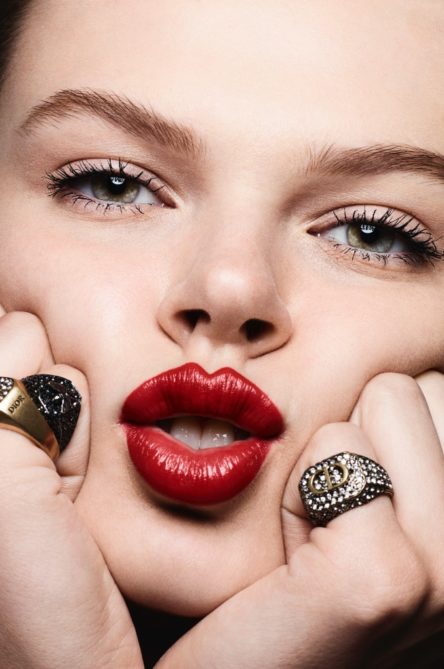