The day was dedicated to both pioneering and emerging voices of fashion: each speaker gave candid insights on the shifting tides of the industry—from the redefinition of luxury in the last decade to the opportunities of sustainable production that brands should pivot towards. Read on for the key takeaways of day 2 of Forces of Fashion 2020.

The second half of the summit had much to anticipate with Alber Elbaz on the roster. Elbaz, meeting with Vogue’s Hamish Bowles in the Ritz Paris for a socially-distanced chat, unveiled his new brand, AZ Factory—officially cementing his long-awaited return to fashion. Since his sudden departure from Lanvin in 2015, Elbaz has taken his time to finesse the new direction, one that he calls “not a revolution, not an evolution. A reset.”

New horizons are afoot for fashion photography, too. Fashion photographer, Ethan James Green, joined Vogue’s Tonne Goodman for a dialogue on the future of fashion photography. Both former models themselves, the two commiserated over the importance of sensitivity and empathy on set—both behind and in front of the camera.

“Starting as a photographer now, the rules that I feel were there for so many years aren’t around anymore,” Green told Goodman. “There’s so much more possibility. There are so many more people getting a chance to say something that they haven’t [been able to do so] before. I think we’re just at the beginning of something really great.”

On the changing definitions of luxury

As the creative industry goes through unprecedented change, Joseph Altuzarra and Chris Benjamin of the Jeep®—two well-loved American luxury brands—reflected on what it means to design for luxury today. Speaking on his personal experience with his eponymous brand, Altuzarra sees the new age of luxury as one that is more inclusive and democratic. While craftmanship and quality remain at the heart of luxury, both Benjamin and Altuzarra see the overdue importance of what it means to be a luxury company today: sustainable labour and production practices, and strong values that resonate with your consumer.

For Elbaz, he sees AZ Factory—his comeback to luxury fashion—as a startup, and opportunity to start anew on the right foot. “For the first time I want to give birth to a new story and not to recreate or replace someone else,” he tells Bowles. “It’s a moment of change we are living today, and this moment of change, from my end, was starting a little smaller, a little bit more humble…. I want to look at fashion from a different perspective.”

On the enduring power of connection

After two days of engaging dialogues, the summit returned to the prevailing power of connection in fashion. Opening the second day was a conversation between actor and musician Cynthia Erivo and London-based designer Craig Green, who both spoke to the liveness of onstage performances and runway shows respectively. Though speaking from different experiences, the two found common ground in the importance of live energy—something digital interventions cannot replicate.

“Really, all it is is people walking up and down for two minutes to some music in a straight line. And if you think about it like that, it’s incredible that there’s some kind of aspect of human emotion, that you can really make people feel something from those two minutes,” Green said to Erivo. “I think you’ll never really be able to replace it, that kind of live experience, because it’s not even what we’re seeing, it’s like the energy of the people that are there. It’s like a group activity.”

The day’s discussions then progressed to a more personal domain: the conversation between Naomi Campbell and journalist and former international human rights barrister Afua Hirsch was a candid exchange of stories—Hirsch had interviewed Campbell for Campbell’s cover story in Vogue US‘ November issue. Campbell opened up about her advocacy for greater diversity in the modelling industry, while Hirsch shared her personal connection to Campbell’s pioneering presence in fashion media.

Attendees also got an exclusive look at Apple’s upcoming documentary series, ‘The Supermodels’, which will grant unprecedented access into the careers of Campbell and her peers. “There really is a sense of family that has kept us together,” Campbell told Hirsch. “We’re there for each other when it matters the most, and those are very rare and important friendships to keep.” 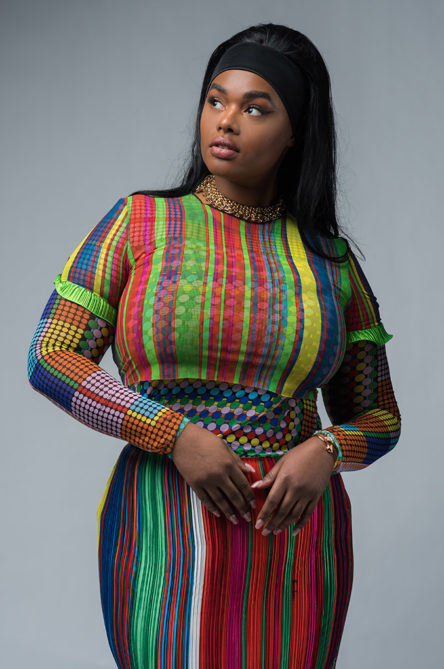 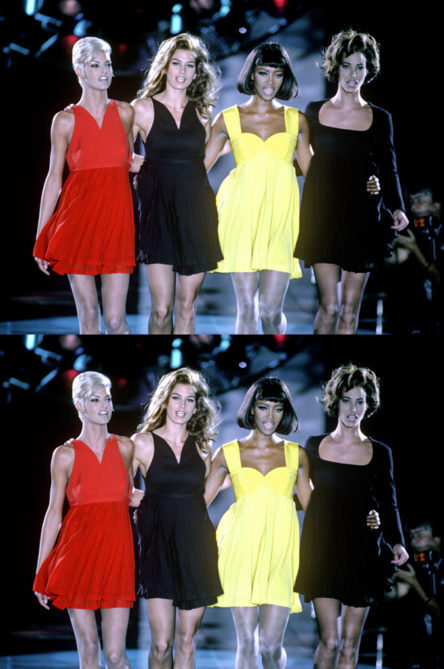