When the novel coronavirus descended upon us this year, theatres in Singapore were quick to shutter their doors, going into a months-long hibernation. Directors, producers, writers, and actors are scrambling to test-drive and pinpoint the best way to perform again. Online? Live, but with drastically reduced audiences? Not at all, until they can get back onstage in front of a full house once again?

In September, the country’s three largest theatre companies came together to produce a short film called The Pitch. Directed by Ken Kwek and starring the artistic directors of the big three, Ivan Heng (WILD RICE), Gaurav Kripalani (Singapore Repertory Theatre), and Adrian Pang (Pangdemonium), it aimed at shining a light on how artists were trying to answer that question. Since The Pitch, WILD RICE and SRT have begun staging live shows with reduced audiences in their theatres again. Pangdemonium, on the other hand, chose to go online.

Tracie and Adrian Pang, powerhouse theatre duo and Pangdemonium co-founders, premiered Waiting for the Host, their Zoom-based online play, in October. Starting rehearsals in August, their previous self-professed and stalwart resistance to the digital age had weakened after the circuit breaker. That quintessential, ephemeral live experience of theatre had been missing since March, and it still doesn’t seem as though it’ll be back anytime soon. Distilling some small part of it was necessary, for the survival of both their creative spirits and the company.

Nevertheless, finding ways to survive and thrive in the throes of a plague hasn’t come without its snags and sacrifices. Speaking to Vogue Singapore shortly before Waiting for the Host’s premiere, Adrian and Tracie’s conversation (which has been edited and condensed) centered on life and theatre—for them, the two are synonymous—over the last nine months.

What have the last few months looked like for you?
Adrian Pang (AP): Mm. Well. When this whole nightmare first started, obviously the uncertainty was just the only thing that was facing us. There just seemed to be no end to it. And that sense of the unknown was very disconcerting, to say the least. It was very scary. As a theatre company, the very mission of our work had been stolen away from us, it seemed.

Tracie Pang (TP): Adrian and I started going for very long walks along the beach to just give ourselves some sort of positive energy and just kind of talk about possibilities. I think around May, I said, “We’ll definitely be open in time for us to produce [The Full Monty] in October. And it’ll be an ideal time to put on a fun musical like that, to welcome everybody back. It really took the wind out of me to realise that it wouldn’t happen this year.

AP: Thank goodness [Waiting for the Host] came along.

TP: Before that, we came up with three or four alternate ideas of what we could maybe put on. But it seemed every time we went through the process of beginning the work on a new solution, someone would tell us, “No.” Either the government or the play licensing companies. That shifting ground really slowed us down. So it felt for months like we weren’t doing any work. And that was extremely frustrating and soul-destroying, to be honest.

AP: Those long walks by the beach weren’t by any means romantic or leisurely. They were Tracie’s attempt to try to kind of pluck me out of this abyss that I found myself in around April, May, and June.

What do you mean?
AP: I went into a really, really dark pit. I’d felt that theatre, my purpose in life, as it were, was gone. I was really struggling to stay afloat. Tracie, in her own way, would put me on the back of her Vespa. She’s so cool. [Laughs] We’d ride to the beach and we’d walk and we’d talk and we would try to get me out of the dark. But that’s what I was going through. My character [in Waiting for the Host] is a priest, trying to keep his flock, as it were, afloat and inspired while he himself is going through a crisis of self and purpose and faith. So it resonated with me in a very personal way.

TP: For ourselves, running the company, everybody is looking to us for the answers. And we don’t have the answers. We’ve been just as much thrown into this awful position as everybody else has. We had this feeling of: where do we go for hope, you know? We used to get that regularly from our audience, but we didn’t have an audience to speak to anymore. So it’s been a process of trying to find our way back to that audience that’s really been crucial.

AP: I dare say that feeling of crisis is something that I know a lot of my friends and inner circle have been feeling in their own personal way. Because this pandemic just came out of nowhere and stole so much from everyone.

Was that how The Pitch came about?
TP: It took time. It really took time to get to a point where we came together with the other theatre companies to commiserate, and to talk about plans, and to help each other.

AP: If one good thing has come out of this, it’s that the community has really bonded together. There’s been a really tight camaraderie between companies. We’ve exchanged notes and given each other advice in ways we never would have and never have before. It’s been very, very nice.

TP: Eventually, someone said, “We should just put something on together.”

AP: The Pitch was a chance to take pot-shots at each other and to take the piss out of ourselves. But at the same time, there was a message of resilience and solidarity and just clinging on to some sense of hope. And some sense of the future. The whole newness of it recharged and really rejuvenated me. It helped to pull me out of that bad place.

But you’re not out of the woods yet, right?
TP: We’re still just kind of throwing stuff at the wall and hoping it sticks at this point. But I think anybody who has spent 30 years in this industry are not people who are going to give up easily. So that’s what we’ll keep doing until we can get back on a stage and put on a play. And if we have to put on a play to 50 people, then we’ll put on a play to 50 people, and see how we can make that financially viable. People think we do it just for the passion, and yes, there’s a lot of passion there, but there’s a lot of rice bowls to fill as well. Our staff and freelancers rely on us. We have to be realistic.

Keeping art alive seems particularly essential right now. Of course, in June there was the survey from The Sunday Times designating artists as the top ‘non-essential’ job in Singapore. What was seeing that like for you?
AP: [Laughs]

AP: Without sounding grand about it, I’ve always hoped that the work we do, while it doesn’t save lives, that maybe it makes our lives a little easier to bear. Telling stories and learning from one another’s experiences.

I know that you were supposed to put on the play The Glass Menagerie this past summer and the musical The Full Monty this fall. What’s the plan for the rest of that 2020 season right now?
AP: We moved the shows to June and October next year.

TP: We’ve managed to maintain 99 percent of our casts for both shows, I think, but if we have to delay again, there’s no telling what will happen. We might have to give it up and come back to it later.

AP: We’ve always had a show around February and March. God willing, we’ll be able to do that in 2021. Hopefully there will be a roll-on effect, where we’re then able to do Menagerie. But we need a lead time of two or three months to know whether it’s ‘game on’ or not.

TP: That’s why we haven’t done a season ticket for next year yet. We figured everything is too unstable right now. We need to be able to take it slowly. One show at a time. 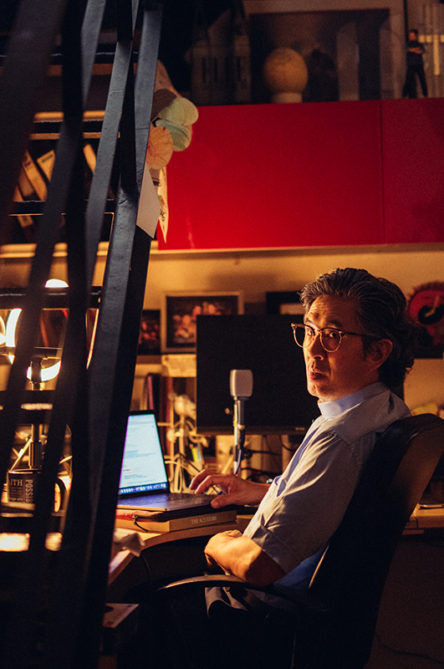 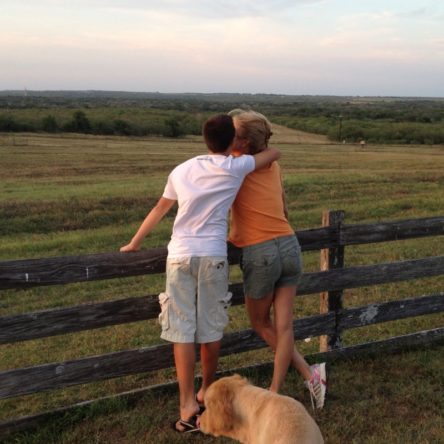