Crafting the perfect cup of coffee is a perilous art that has, for centuries, been the sole responsibility of human hands. At Crown Coffee, this is no longer the case, as founder and chief executive Keith Tan debuted his latest brainchild, a fully automated robot barista, last week. Dubbed Ella, after Tan’s wife, the efficient bot uses its six-axis arm to serve a range of Americanos, cappuccinos, lattes, and teh tariks.

The beginnings of the robot revolution has been visible for some time in the F&B industry, with automated processes now capable of handling everything from baking bread to flipping burgers. Ella was first conceptualised in 2017, after Crown Coffee began seeking alternative solutions to the high rentals and manpower shortages that plague the industry in Singapore. The current iteration of Ella was built on the back of four earlier prototypes, which have been tested over more than 40 events during the last two years. 80,000 cups of coffee later, Ella was born.

In the age of a global health crisis the robot also promises a reduction in physical interaction, one that could prove extraordinarily helpful in minimising germ spread. The automated coffee kiosk uses integrated robotics and artificial intelligence to enhance the user experience, including a cutting-edge interactive screen equipped with facial recognition technology. Ella is able to recommend new offerings or similar types of coffee, based on the customer’s previous orders.

The robot barista also marks a pivot to tech for Crown Group, Crown Coffee’s parent company. The Group’s next step will be to raise funding to expand Ella across Singapore and far beyond. Able to serve 200 cups of coffee an hour, using ground-to-order beans and freshly frothed milk, Ella joins a distinguished international lineup of robot baristas, including Texas’ Briggo, California’s Cafe X, and Melbourne’s Aabak.

“My team and I hunkered down during the circuit breaker to re-examine Ella’s role in this brave new world, and how she could navigate all that, while still trying to achieve what we set out to do from day one—to put a great cup of coffee in every hand,” says Tan. “I truly believe that Ella is the future, and we’re closer to that future than you think.”

Ella is located at CT Hub 2, 114 Lavender Street, #01-25. Coffee orders, starting from $4, can be made through the Crown Coffee app, which can be downloaded from the App Store or Google Play 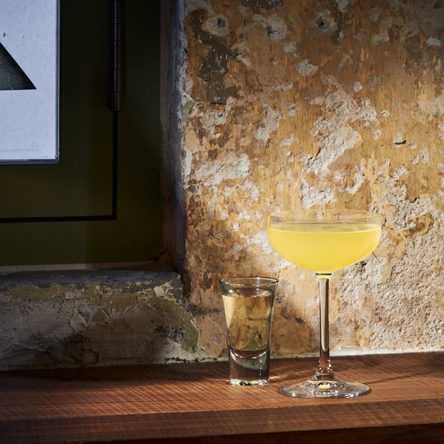