My parents used to joke that my first-ever celebrity crush was Liu Xiang, the first and only Chinese athlete to win a gold medal in a track and field event when he did so at the 2004 Athens Olympics. I remember gaping at this man—the lone Chinese representative in the field and the only one with facial features I was familiar with; the athlete who shattered the prevailing notion then that Asians are genetically less suited for “purely athletic” events as compared to their American, African, or European counterparts.

Four years later, I cheered until I cried when Singapore’s table tennis women’s team ended our 48-year medal drought by winning silver at the 2008 Olympics; I did the same again in 2016 when Joseph Schooling brought home Singapore’s first-ever Olympic gold medal.

But I also remember many Western media outlets accusing China of fielding underage gymnasts after they beat the United States in the women’s gymnastics team finals at the 2008 Olympics. I remember American coach John Leonard declaring Ye Shiwen’s world record Olympic swim in 2012 “disturbing” and “suspicious”. Much more recently—at the ongoing Tokyo Olympics, in fact—guest commentator Dimosthenis Karmiris said of South Korean table tennis players: “Their eyes are small so I can’t understand how they can see the ball moving back and forth.”

Even on sports’ biggest stage, the ugliness of anti-Asian racism rears its head like a hydra. Chop one off, and two more take its place. For every medal won or record set by an Asian athlete, there are multiple instances of racism that go unnoticed, with the perpetrators never held accountable. Numerous Asian-American Olympians have spoken out about the slurs hurled against them by their countrymen even as they wear the US flag on their bodies; the message rings out loud and clear: you are one of us if you win; but you are merely Asian if you lose.

That being Asian is seen as being lesser makes me grit my teeth. People of colour are not expected to be the greatest. So when they are, they are treated with suspicion. The public demands they live up to impossible standards where they have to prove themselves over and over again at the peril of their own mental health (see Simone Biles and Naomi Osaka, for example).

Like other maginalised groups, Asian athletes have to contend with a unique set of emotional and psychological challenges non-minorities cannot fathom—as if competing at the freaking Olympics isn’t already hard enough. So today, Vogue Singapore celebrate seven stand-out female athletes from Asia, which is by no means an exhaustive list. Some of them won medals; some did not—but that is neither here nor there. They have won the respect of myself and millions of others for their drive, their tenacity, and their unwavering determination to make their mark on the global stage, even—especially—when the odds are against them.

Behind the infectious laugh and sparkly leo of the first-ever Hmong-American Olympian lies a true fighter. When teammate Simone Biles withdrew from the team finals citing mental health concerns, it was Sunisa Lee who stepped up and rallied the team to a silver medal. And when Biles also dropped out of the all-around finals, Lee carried the weight of her country’s expectations on her shoulders and successfully extended the United States’ dominance in this event to four cycles in a row. Her steeliness on the gym mat is matched by her resilience in her personal life: her father became paralysed from the waist down after an accident in 2019, and her uncle and aunt passed away last year from COVID-19. It was hard to keep a dry eye as I heard Lee say after her all-around win: “I was thinking of my dad the whole time, and to do it for him because I knew that he would be so proud.”

Hidilyn Diaz was only 17 when she made her Olympics debut at Beijing in 2008. She ended the Philippines’ 20-year medal drought with a silver medal at Rio 2016, but topped that this time on her fourth Olympic venture with her country’s first-ever gold medal. In the 55kg weightlifting category, Diaz immediately burst into tears after a clean and jerk attempt of 127kg that cemented her victory and ensured she would go down as sporting legend in her country—where she had not stepped foot in over a year. She moved to Malaysia in early 2020 to train without media pressure, but quickly realised there was no way back home as global travel grounded to a halt thanks to the pandemic. Not only was she separated from her family, Diaz also struggled to train when gyms were closed down, at one point even resorting to fashioning makeshift weightlifting equipment out of water bottles and bamboo poles. Of her historic win, Diaz said: “Winning this medal is not just for me and my sacrifices, but for all the people in the Philippines—giving them the inspiration to not give up even with the pandemic.”

Table tennis star Yu Mengyu leaves her second and last Olympics after winning the hearts of countless Singaporeans for her underdog gumption. Her Tokyo Olympics run was nothing short of breath-taking, with Yu—ranked “only” 47th in the world—triumphing over multiple Goliaths including Cheng I-Ching from Taiwan (ranked 8th) and Kasumi Ishikawa from Japan (ranked 10th). In the semi-finals against world number one and eventual Olympic champion Chen Meng, Yu did not let her opponent’s higher ranking nor her own leg injury faze her. Despite her left thigh hurting so much she “couldn’t really move” and requiring medical attention, Yu finished the round with her head held high, later saying, “I’m not giving up just because of my injury… It is not easy to get here so regardless of the result, I just want to complete the match.”

If life was a fairytale, four-time Grand Slam champion Naomi Osaka would have handily clinched a much-expected gold medal in women’s tennis, especially after she decided to miss Wimbledon to focus on the Olympics in her home country. But those expectations were dashed much sooner than people expected after her surprise loss in the third round. Following that, “Osaka’s fire is extinguished” is just one of the many flame-themed quips I’ve seen in the media—a pointed snipe that losing is already bad enough, but losing after the honour of lighting the Olympic cauldron and being the de-facto face of the Tokyo Olympics? Nothing short of shameful. Osaka owes no one an explanation, but with her usual grace, she admitted that the pressure of competing in her first Olympics as the home favourite was “a bit much”. Her candour drives home a crucial reminder: their superhuman feats aside, athletes aren’t actually superhumans impervious to stress and anxiety. I thank Osaka for taking it upon herself to help open up and continue a much-needed conversation about mental health, even when it wasn’t her responsibility to do so.

I will always have a soft spot for Liu Xiang, so my ears pricked up when I heard whisperings on the internet of a female Liu Xiang. The comparisons make sense, for Wang Chunyu became the first-ever Chinese female to qualify for the Olympic 800m finals after finishing second in her semi-final group with a personal best time of 1:59.14. But to compare Wang to anyone will not do justice to how she carved out a place for herself in Chinese sporting history. “I proved that the yellow race is capable,” Wang said of her groundbreaking achievement. “I have proven that Asians and Chinese can make it to the final.” Wang later topped her historic finals appearance by finishing fifth with a new personal best of 1:57.00.

I don’t really remember what I was doing at 13, but I definitely wasn’t anywhere close to an Olympics gold medal—or any medal at all. Momiji Nishiya—a much cooler teenager than I ever was—recently became one of the youngest Olympic champions ever when she took home gold for Japan in the inaugural women’s street skateboarding event, following a silver medal at the 2021 street skateboarding World Championships. After the prize ceremony, while still wearing her laurel around her neck, the precocious teenager was already looking ahead to her next challenge: “I want to be the famous one who everyone in the world knows. I want to win at Paris 2024 too.” Hopefully, Nishiya’s victory would inspire an entire generation of young girls to pick up what has traditionally been a male-dominated sport.

An San‘s hattrick of gold medals makes up half of her country’s total gold medal tally at the Tokyo Olympics so far, but neither that nor the fact she is the first South Korean to win more than two medals at a single Summer Games has protected her from online vitriol. The 20-year-old’s short hairdo has made her the target of sexist abuse from South Korean males, who accused her of being a feminist, with particularly vicious ones even demanding she apologise and return her medals. Sadly, An’s encounters with misogyny go much further back: when she wanted to join her primary school’s archery team, she was told it was for boys only and advised to switch schools if she wanted to pursue the sport. But a pre-teen An, with a coolness and determination that we still see on the archery range today, insisted on the school starting team for girls as well. A decade later, An is the world’s best archer and rocks her distinctive short crop, and that girls team in her alma mater is still going strong to this day. 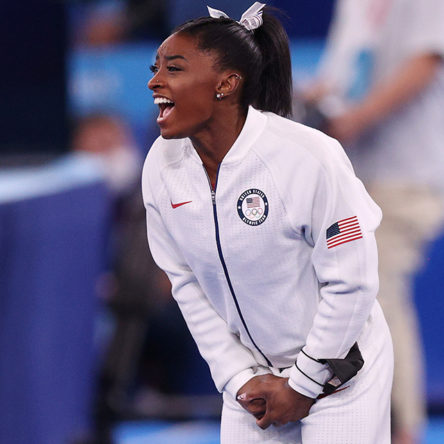 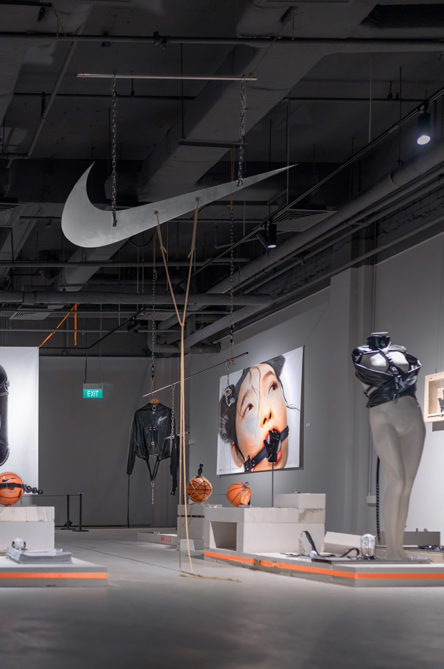 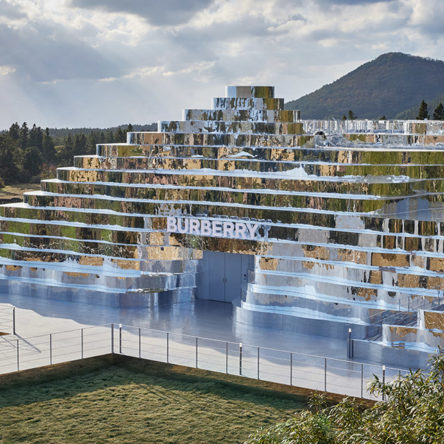 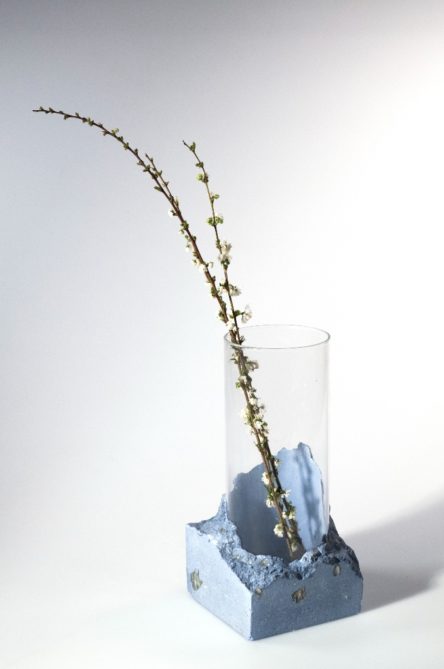 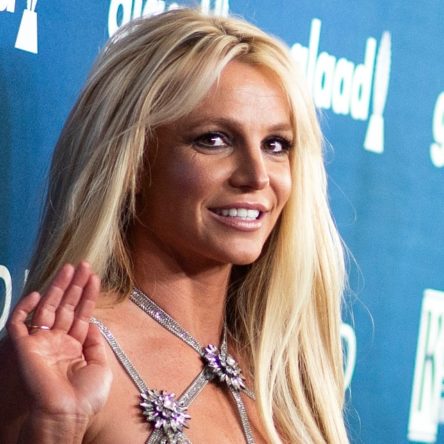