Remember what it was like to sit at a bar at sunset, the sound of the ocean ringing out around you as you take a sip of your Mai Tai? Or that time you went backpacking on a busy train, and had to squeeze yourself into any available space, having to crane to see the rolling views from the window? With restrictions still in place after a year, and no hope for travel till at least December, it remains a dream at the moment. Enter: travel documentaries.

Fortunately, Netflix has a whole host of gems that can scratch that itch, transporting you to the furthest reaches of the globe. Traverse a kelp forest with an octopus, cross the absolutely fabulous Mongolian steppes, and gain insider knowledge on the world’s best hotels without even needing to leave your house.

If you hadn’t heard of this Academy Award Winning documentary at any point last year, you might as well have been living under a kelp forest with the titular beasts. Filming began in 2010, when filmmaker Craig Foster began to free-dive in South Africa in a kelp forest—eventually coming along a curious young female octopus. Whilst you might be a bit more eager to see this if you’re one of the many who enjoy the underwater landscapes that come with snorkelling and diving, the stunningly clear blue seas and gelatinous branches of kelp call back traipsing along beaches and under branches.

Food lovers, this one’s for you: With a focus on food and culinary history, David Chang and a roadshow of friends try various staples of Western food (pizza, tacos, and fried rice, to name a few) before turning to its origin country to see the difference in taste, make and the culture behind it. Follow him from the grit and neon glare of New York to the cluttered back alleys of Naples, to the red-columned rooms of Chinese banquet halls. Where Chang goes, food and sights await.

Amazing Hotels: Life Beyond the Lobby

Maybe the staycations of the past year have given you a desire to visit hotels; after all, there is nothing better than a surprise chocolate on the pillow. If so, Amazing Hotels is one that is sure to spark those memories again, with its focus on some of the best hotels and the services within that ensure its guests have the most enjoyable experience possible. It even stars our very own Marina Bay Sands—watch the behind-the-scenes magic of Singapore’s most iconic hotel and the lengths to which they’ll go for their customers.

Is it really a wildlife documentary if David Attenborough’s dulcet voice isn’t there to guide you through it? Life in Colour comes after a bleak year, with incredible focus on colour and visuals thanks to excellent cinematography. With a focus on humans and animals’ relationships with the world that vary through their perception of colour, this documentary with its primary coloured macaques, electric pink flamingos and jewel green leaves will take you from jungle to sea and leave you with an ache to explore.

Perhaps you’re more interested in seeing others go on holiday, trying out new food and fighting young whippersnappers for the best nesting spots under the bougainvilleas to grow your colony. Or maybe, all you want is to watch little penguins waddling along South Africa’s picturesque beaches and little town roads. Every summer, millions of African Penguins descend onto Simon’s Town to begin the mating season. Penguin Town follows five different groups, all trying to do their part to repopulate this endangered species. It may have more car parks and flower bushes than hotels and theme parks, but watching penguins attempt to holiday with a purpose is one of the most adorable things you’ll witness this year.

Go on a tour from Hong Kong to Beijing, Mongolia to Russia alongside the ever-elegant Joanna Lumley, who takes you along on one of the most iconic train journeys in the world. With breathtaking views of the Eastern Mongolian Steppes, the icy plains of Russia and Beijing’s cities, this documentary will inspire vivid memories of Asia and the wish to travel there. Keep an eye out for episode 2 when Lumley meets Russian Victorian-ballroom dancing enthusiast.

What to watch on Netflix in July 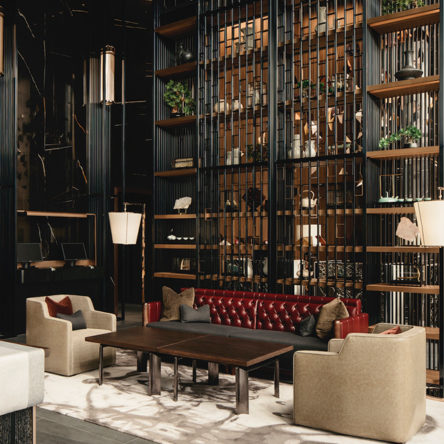