We have told many stories to explain the rising of the sun. The ancient Greeks believed a god carried it across the sky by driving a golden chariot from east to west. Norse legend had it that their sun goddess was chased through the heavens by a monstrous wolf every day. A Maori folktale explains that a demigod lassoed and captured the sun, bargaining with it to slow its path and make the days longer. There are tales of dragons and demons that have threatened to devour it; tricky spiders who have stolen it; and wrathful deities whose taste for blood had to be sated with human sacrifice before they would once again allow the sun to crest the horizon in the morning.

The Aztecs, the civilisation that spun that last story, considered it an honour to have their hearts cut out and offered to the sun. Whether or  not our cover artists believe the same (somehow, that never came up), they have all undoubtedly left a little piece of themselves in the art they’ve created for Vogue Singapore this September. In doing so, they have also indelibly forged their own legends—of goddesses, metaverses and new dawns.

Stories must abide by rules, however. Theirs were deceptively simple: create three digital works of art. There are six in total, two of which will  be selected as the magazine’s covers. Set the images around the event  of a sunrise. Strip it back; think minimalism. Mint the images as non fungible tokens (NFTs). Tell a story about the future, shared dreams and a world evolved beyond the pandemic. Other than that, have at it. Fire up the modelling software and start dreaming.

Even to the financially and artistically literate, NFTs can be a bewildering shape, lurking in the shadows of the crypto metaverse.  They are any digital file: GIFs, JPEGs, tweets, MP3s, MP4s or even  calligraphy fonts, to name a few examples. They’re an asset associated with a token that functions as a serial number which proves ownership, and therefore value. You own the token and that information is stored on the blockchain, an unbreakable digital ledger. It’s a receipt, not the artwork itself; anyone can still copy, download or screenshot the file. And yet it was reported in March that buyers have spent US$174 million on NFTs since 2017.

They’re another baby step towards cryptocivilisation. As we live our lives increasingly online, it only makes sense that our property will  become more and more digital. Singaporean photographer Shavonne Wong is already noting the seismic shift towards the virtual world. “I see  kids on Roblox, on Fortnite,” she says. “There’s no ‘offline’ to them. It’s  all connected. We’re already used to the idea of the metaverse, even as we’re building it. And for [the kids] it will be a totally seamless transition.”

For the creation of Vogue Singapore’s NFT covers, the first team saw Jamela Law and Lionel Wong of Singapore-based firm Baëlf Design paired with American artist Chad Knight. Law and Lionel, Baëlf’s creative director and design executive respectively, were new to the wacky world of NFTs. They’re dressmakers by trade, 3D printing, enigmatic, wearable fashion that draws inspiration from nature. But it was the headdresses that they contributed to this project, delicate, finely detailed and totally liberated from the laws of physics, which Knight fitted to his larger-than-life goddesses. The cryptoart avatars traverse alien landscapes; their visual palette is regal and mature, but eruptive, as though the virtual women are being coded into life before a viewer’s eyes. The three images have been minted as separate NFTs.

Before fashion, Law loved science. Obsessed with machines, technology and nature’s laws, she says she incorporated those elements into her graduation collection as a fashion student at LaSalle College of the Arts in 2017. It was Singapore’s first 3D-printed collection, as far as she can tell, and the school was far from equipped to help her produce it. So she sought help from Lionel, a generative design and computational wizard at a local hackerspace. She had the ideas and he had the industrial design know-how. Law is a pessimist with big dreams; Lionel is an  optimist who has his feet on the ground. “We felt there was a synergy there,” he says. “So we’ve just been putting our skills together and trying  to create cool things ever since.”

“Collaboration is key, especially moving forwards.  It’s no longer about secrecy or not sharing resources”

Two things were essential to the success of Baëlf Design, the company they later formed: the data and the emotion. The code was what went into the practical side of the dressmaking, but it was the feeling that was woven intangibly into every garment that gave Baëlf its soul. The emotion behind digital design is also something that Knight cites as a key ingredient in his work—which is probably why they made such good partners.

“It was like going from dork to celebrity,” Knight says of his own path. Moving from Ohio to Southern California at 18 years old, he spent two decades as a professional skateboarder before moving into 3D work for a skatepark company. (He now oversees Nike’s 3D footwear design team.) “There were so many similarities with skateboarding,” he says of virtual design. “You get totally lost in it. There’s a ton of spatial awareness. And there’s this potential for unlimited creativity.”

Where Knight knows NFTs—he’s created plenty of his own and makes digital art for fun almost every day—Law and Lionel know Singapore. When they were brought together by Vogue Singapore, they taught each other, building mood boards and sketching cocoons and futuristic landscapes. Law got to work studying formulas found in nature, like the Julia set fractal. “You can find those structures on butterfly eggs, for example. So I was experimenting with that for the headpieces,” she explains. They emailed the files back and forth, between Singapore, Hong Kong and the US. “Lionel refined the textures for me and [Chad] sculpted them to be more ergonomic, to fit around the head shapes.”

Different time zones made for choppy communication, as did the fact that Law and Lionel were using different software than Knight, making  asset translation a pain. But in the end, Knight says: “We got to a place that neither of us would have gotten to on our own.” The process was kind of like a fresh start, the next evolution of both of their artistic processes. It was like any ‘new beginning’ in life, he explains, in that you didn’t have to go back to the starting line. “You go through life, you learn things and hopefully you adapt as you go.”

Knight is speaking from experience. The road from skateboarder to 3D designer was by no means an easy one, he says, and for a long time he struggled with where to place his next step. He nearly has three associate’s degrees, and was at community college for six years.

The other team is made up of Shavonne and members of The Fabricant, a digital fashion house. Shavonne coded their art’s android-esque models, then sent them to The Fabricant, which dressed, styled and placed them in their windswept environments. Amber Jae Slooten, The Fabricant’s co-founder and creative director, explains that their avatar’s dress—with fashion direction by Vogue Singapore’s Desmond Lim—was “inspired by Singaporean and Malay culture, hinting at it. But it’s a futuristic version of this traditional clothing because Singapore has the perfect balance between technology and history.” The team programmed their project to reflect reality, collapsing all three images into a single NFT that shifts, changing when its collector looks at it at  different times of the day. But there’s more: light emanates from the woman’s third chakra, the centre of willpower. Why? As Slooten clarifies,  embellishing the art’s mythos the way all legends are when they’re well retold: “The garment itself is the dawn.”

Like Knight, Shavonne also knows a thing or two about self-reinvention. After a decade spent as a fashion and advertising photographer, she found that the pandemic all but dried up her business. With a dearth of real models to capture, she started modelling her own virtual models. A generous part of 2020 was spent puzzling out the software and making her figures “look remotely realistic”. When she heard that Vogue Singapore was dipping into NFTs and digital design, she put her hand up, always eager for a new challenge.

A challenge, to be sure, but also an opportunity to try a new way to create. The risk has paid off in spades—Shavonne and Slooten gush over  the chance to work with one another. “This has been a massive, important realisation for us, as a part of the fashion industry,” Slooten says, a smile apparent in her voice. “Collaboration is key, especially moving forwards.  It’s no longer about secrecy or not sharing resources. If we want to grow together, we have to work together. That even though we never saw each  other in real life, we were able to create this? That’s really, really cool.”

Try out the digital headpiece created by The Fabricant through an AR Instagram filter.

Purchase the NFTs: Own a part of fashion and art history

The September issue of Vogue Singapore is a special NFT issue that explores the new creative renaissance born out of technology.

The covers by Chad Knight x Baëlf Design and The Fabricant x Shavonne Wong, as well as the artworks ‘Genesis’ and ‘Aurora’ by Chad Knight x Baëlf Design, will be available for purchase as NFTs. They form part of the Vogue Singapore September NFT collection, which will be available for auction on the Binance NFT marketplace starting from 20 September at 8PM SGT till 25 September 8PM SGT.

The auction is in collaboration with Brytehall—a premium NFT platform developed by Media Publishares in partnership with VIDY and Binance, the world’s largest cryptocurrency exchange. 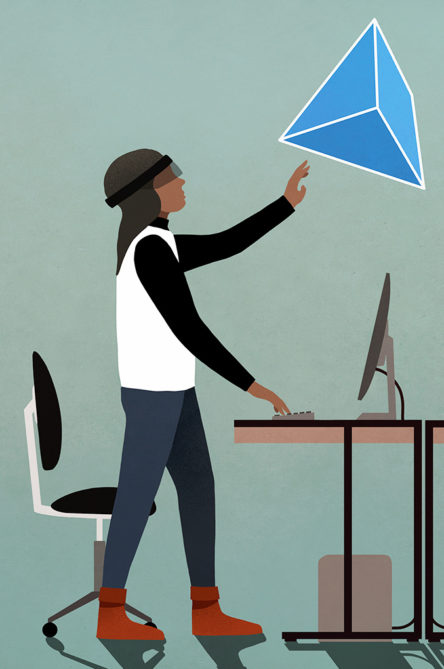 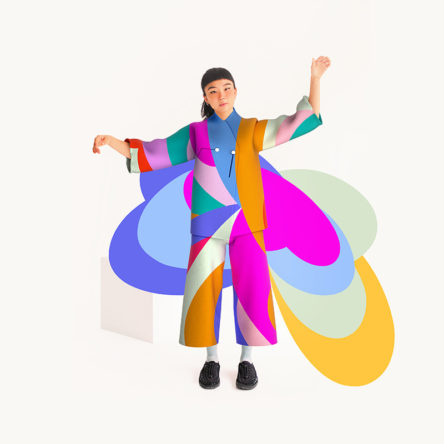 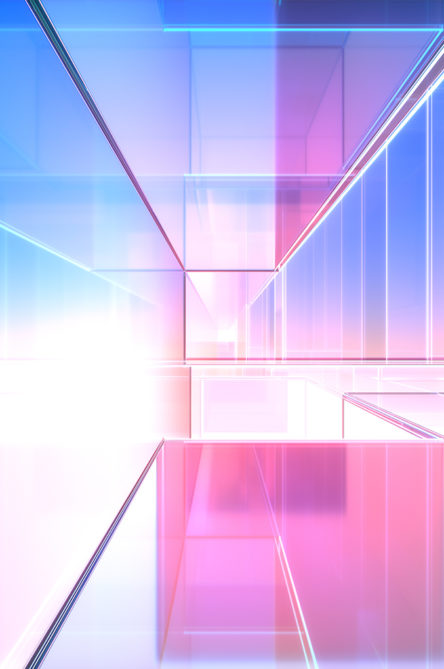 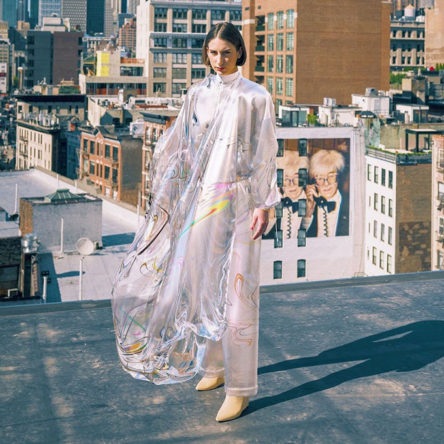 The Devil Wears Pixels: 8 landmark moments in fashion’s NFT revolution—and what comes next 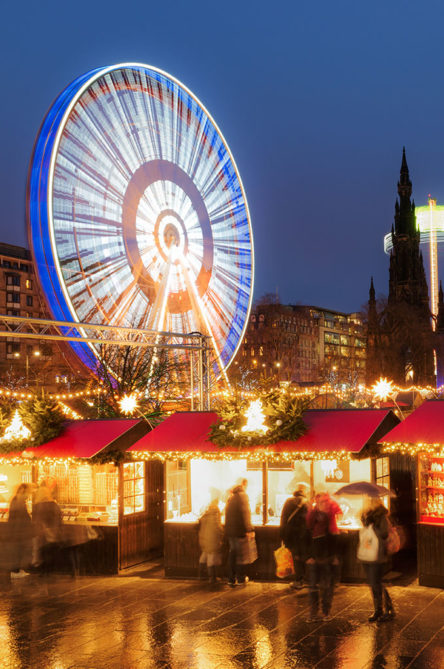 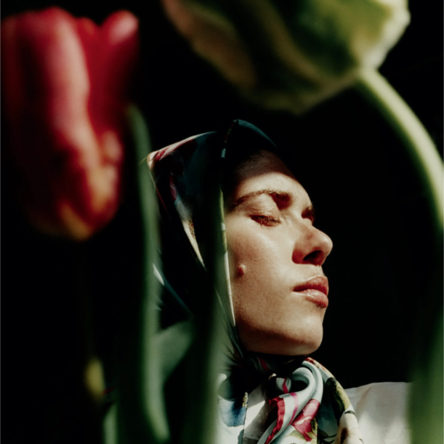