During a year where many of us craved some form of intimacy and interaction, social media was the antidote to loneliness; abating our fears, we indulged in online workout classes and joined socialising apps in the hopes of maintaining friendships. At the same time, many of us remained glued to our phones, which in some cases caused levels of anxiety to spike as the COVID-19 pandemic swept across the world and misinformation ran rampant.

These days, a single glance at a loaf of banana bread brings up memories of a time when Instagram was used to document lockdown baking disasters. In March 2020, social media usage soared by 44 percent worldwide, and apps such as TikTok boomed. Meanwhile, audio-only app Clubhouse went viral with star speakers including Elon Musk and Lindsay Lohan, who talked about life on Mars and behind-the-scenes moments on Mean Girls (2004) respectively.

Gone are the days of Hollywood mystique. In its place, we have Instagram live-streams where pop stars and actors fraternise over their mutual adoration for one another. But as efforts to return to ‘normal’ fast approach, many stars are taking a stance against social media and opting for a scaled-back online presence—or choosing to step away from it altogether.

How has the pandemic changed attitudes to social media?

On 22 April 2021, rapper Megan Thee Stallion uploaded several videos of her sealed in a glass cylinder, accompanied by a message saying, “Due to the demands of the Hot Girl lifestyle, Meg has now entered a period of regeneration to prepare for what’s next.” A few days earlier, rapper Chika shared that they would no longer be as accessible online, saying their wellbeing is “more important”.  A pattern has begun to emerge among those in the public eye—one by one, digital privacy is becoming a priority as lockdown measures slowly start to ease in some countries.

Also on the list of stars who have stepped back from social media is actor and writer Michaela Coel, who quit Instagram in 2018, and singer Selena Gomez, who encourages and participates in social media breaks. “During lockdown, we learned that we could feel attached and connected to various people online—whether that was your virtual yoga teacher, a celebrity or a beauty influencer,” media psychologist Dr Pamela Rutledge tells Vogue. “It makes you feel more connected and part of a group.” But now, celebrities pausing their social media usage is about regaining control. “These platforms allow A-listers to have a more authentic connection with their audience. They also know how fans can turn on them, so they’re starting to build distance.”

After months of COVID-19 restrictions, online dynamics have shifted and our behavioural patterns have come under scrutiny. Netflix’s 2020 documentary examining our digital interactions, The Social Dilemma, immediately went viral—an estimated 38 million households streamed it in just 28 days. We’re also well aware of how harmful it can be to seek validation online; millennials‘ unhealthy work fixation and desire to excel in all areas of life is well-documented.

Simultaneously, the past 12 months have shown how activism can be facilitated by social media, from the Black Lives Matter movement in the wake of George Floyd’s murder to #EndSARS, which enabled Nigeria’s people to tell the world about injustice and police brutality. #MeToo, a phrase coined by Tarana Burke in 2006, continues to be used to further conversations about sexual harassment. Last year, the hashtag was adopted by gaming communities as well as activists in Egypt, and it brings up 2.9m posts on Instagram.

Are celebrities stepping away from social media in fear of facing backlash when posting about crucial social issues? Dr Rutledge attributes a rise in cancel culture as a defining factor. “Social media is relatively new in the grand scheme of things. We’ve seen a lot of behavioural adjustments partly due to the rise of cancel culture, which spurs on this reactive anxiety that the world has been harbouring for the past few years—it’s hit social media hard. Celebrities pause and think, ‘Hey, I’m not going to take all this abuse, or I’m not finding this useful, and I’m stepping back.’”

Does cutting back on social media lead to a healthier life?

Five years ago, UK-based journalist Marisa Bate, 35, had her phone stolen, and this was the beginning of the end of her relationship with Instagram. “As someone who works in media, it’s a big part of that whole culture,” she tells Vogue. “I didn’t have a smartphone for 18 months and I had no apps in my life. When I eventually got a new smartphone, I made the decision not to reinstall Instagram—I realised that I was happier and less anxious without it.”

Remaining on Twitter was a way for Marisa to connect with friends and network without succumbing to pressure. “Looking back, I don’t remember having any issues with leaving Instagram or connecting with my friends—we text and call each other,” she adds. “It was much more of a career concern. I’ve seen some of my peers accelerate because of their use of it, and that’s when I began to think, ‘Is this a good idea? Is this smart? Is my mental health worth it?’” Marisa began to question if being less visible online would result in missed opportunities. “I’ll never know really, but I guess to some degree, I have,” she says. “I’m all for people enjoying the app, but I didn’t want it to be a component in me having a successful career in the media.”

Lockdown threatened to break Marisa’s resolve, but instead, she found herself building an online community via Twitter that felt less invasive to her. “It connects me to a conversation that doesn’t happen in real life. I want to have some access to social media, but I feel much more comfortable with the idea of words instead of pictures.”

Is there such a thing as positive mindfulness online?

Curating a healthy relationship with social media boils down to positive mindfulness, Dr Rutledge explains: “For a few days, keep a media journal just like you would an exercise journal and note what you’re doing, why you’re doing it, who you’re doing it with and how you feel.” Realising your triggers is crucial, she adds. “Once you decide to use social media in ways that make you feel good, or where you learn something and it relaxes or entertains you, the better you start to feel. We have these skills offline, so we have to develop this online, too. And that means becoming more mindful about the process.”

Understanding that social media represents one aspect of ‘reality’ and that you can extract the good through “exercising cognitive energy” is fundamental to your experience. We’re often guilty of setting timers for our online usage to reclaim control, which has been particularly difficult to stick to during the pandemic, but learning what you value can foster positive virtual relationships.

“It isn’t a secret to anyone that balance in life matters,” says Dr Rutledge. “If you realise you always take your phone to the bathroom or that you spent eight hours on it the day before, slowly tweak your behaviour. The first mistake people make is thinking that there’s something ‘wrong’ with them because you start with the wrong mindset.”

She concludes: “Deciding to never use your phone again and go ‘cold turkey’ is unrealistic—you need to identify and shift patterns.” 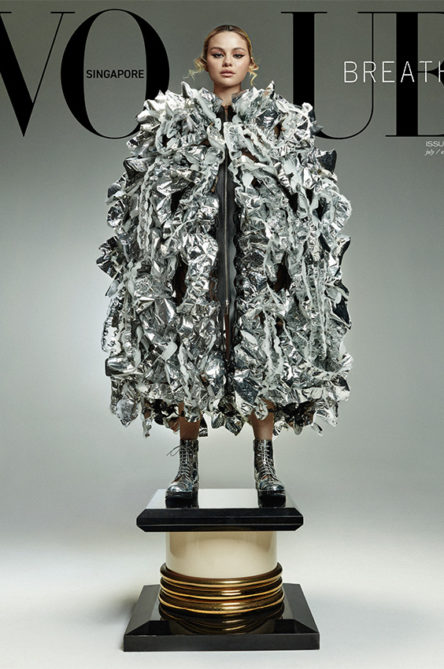 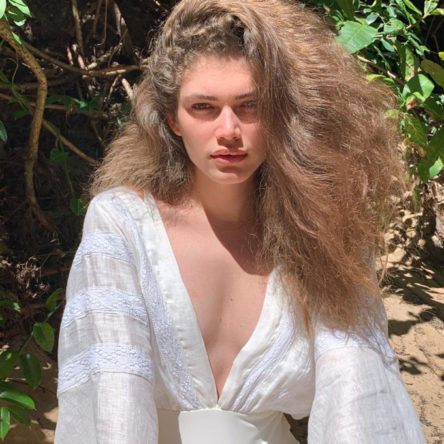 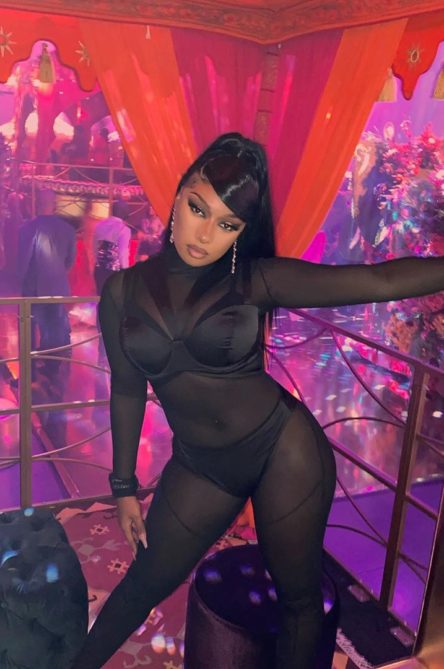 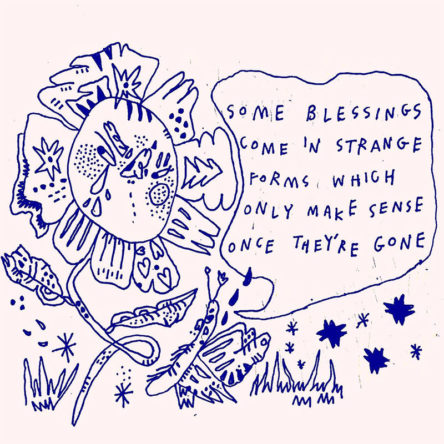 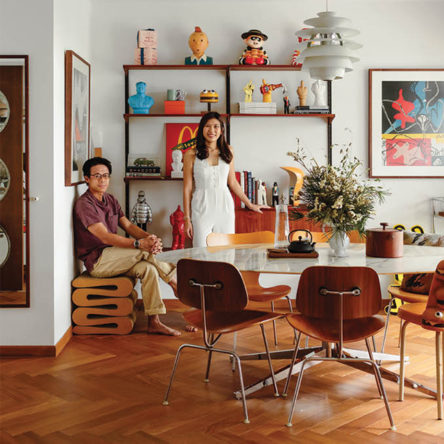 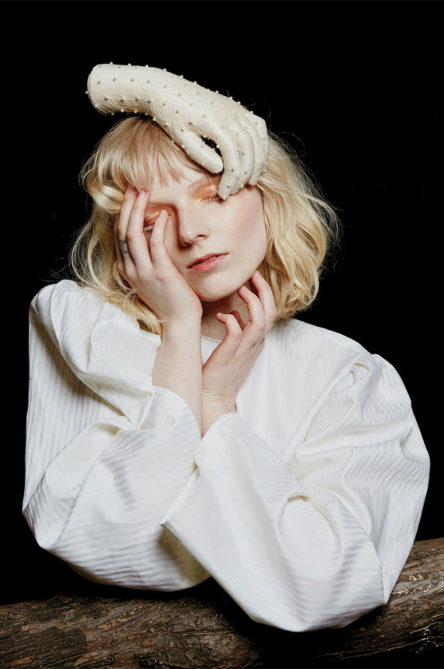