Talk about diving in headfirst! Nobody embraces a theme like Jeremy Scott, a fact he’s reinforced throughout his eight-year run at Moschino, but this season he really went for it. “Everybody’s talking about inflation,” he said backstage. “The cost of everything’s going up: housing, food, life. So I took inflation into the collection.” He wasn’t talking about rising hemlines or oversized volumes either. He meant it literally, as we learned from look 1, a little black dress with Franco Moschino’s iconic heart done up as a mini inflatable “with a nozzle and everything.”

By this observer’s count, every look save for a small handful had some sort of inflatable detail, be it a heart-shaped collar or hemline or “broken heart” lapels, one half on either side of neatly tailored jackets. There’s precedent for these kinds of antics. The house founder made a life jacket for his 1989 Cruise Me Baby collection that looked a lot like the vests stored under plane seats “in case of emergency.” Riffing on that idea, Scott added a life preserver ring to the jacket hem of a tweed skirt suit, and cut a trench in caution yellow with black raft handles where the epaulets should be.

“Sometimes we feel like we’re drowning,” Scott continued, acknowledging the bad news stories clogging our feeds. “I’m sure you do. I know I do. But no matter what is going on, we have to save space for joy, right? The darker it is, the lighter I have to be.” Making good on that promise, he embellished his evening looks with honest-to-goodness pool floaties. The most inspired of the bunch included a strapless purple column cinched at the waist with the deflated ends of a pink raft, its pneumatic ends creating a train, and another strapless number that was accompanied by a Lilo stole.

By the end, Imaan Hammam’s look was more of a floatation device than gown, but that was Scott’s point. Anyone who could use a little buoying up, Scott’s your pool boy. 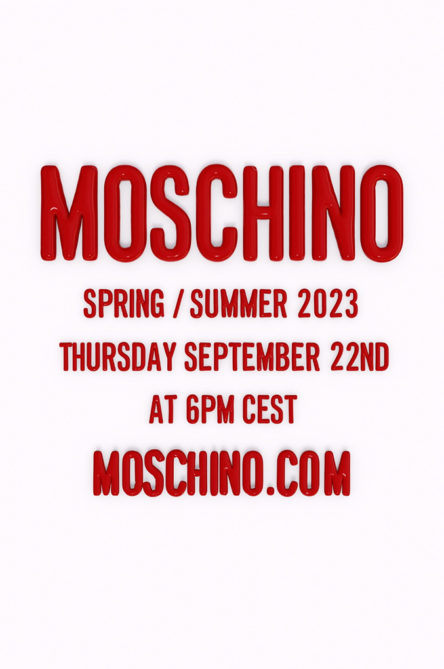 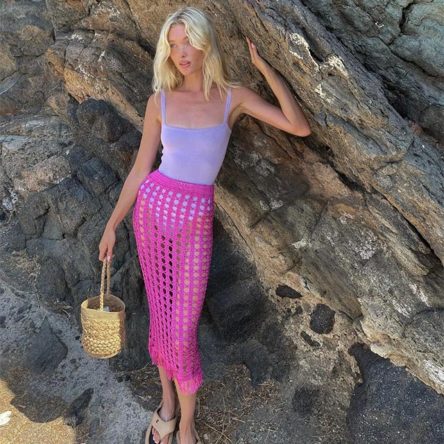 Crochet is the trans-seasonal trend that’s here to stay 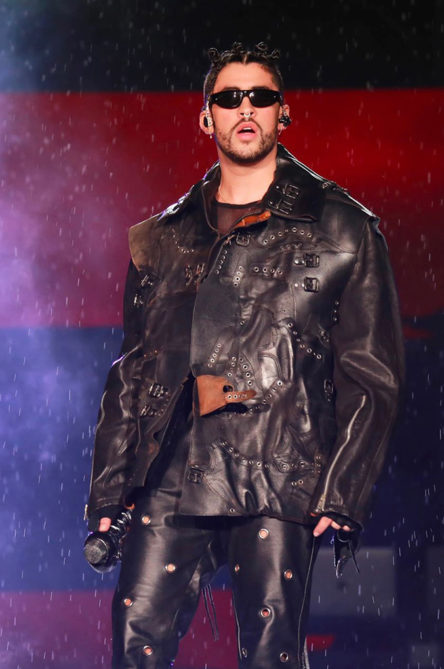 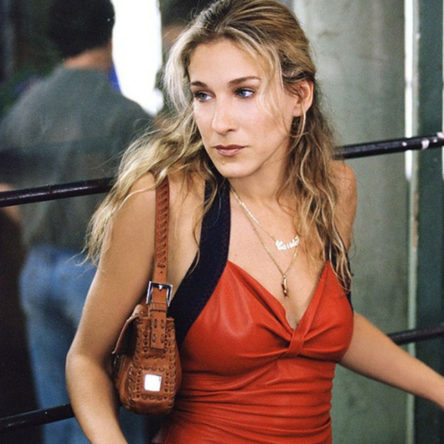