Fashion photographer Helmut Newton is known for his provocative photographs that rose to prominence in the ’70s, and would come to define the visual language of fashion photography and advertisements—even till today.

Born on 31 October 1920 in Berlin, Newton was of Jewish descent and left Germany in December 1938 in the aftermath of Kristallnacht. His intended destination was Shanghai, China, but by a stroke of luck, ended up staying in Singapore from the end of 1938 to 1940, when he was interned by the British at the start of World War II and was sent off to Australia.

In the years after, the colourful photographer made a name for himself in the fashion industry, shooting editorials for magazines the likes of British and French Vogue, as well as campaigns for brands such as Prada and Gucci. He was larger-than life: he lived in Monte Carlo and Los Angeles towards the end of his life, and passed away in 2004 in a car accident in Los Angeles.

On the occasion of his 100th birthday, we take a take a close read of his compellingly insightful memoir, Autobiography, to uncover more about his life in Singapore.

He lived a wild life in Singapore

Partying all night at the Raffles Hotel, sex with older women, dancing with hostesses at cabarets—Singapore was a veritable playground for a teenage Newton. He remembers being regularly invited to dinner in the Palm Court, the grand ballroom of the Raffles Hotel. “The ballroom was long and wide with open arches that gave out on the street. There were beautiful palm trees and God knows what in there,” he wrote. “There were huge electric ceiling fans—everything was electric. Even the beautiful little lights on the table were electric.”

During this time, he was also a self-described “gigolo” who was taken care of by Josette Fabien, a European woman who ran an advertising and printing business in Singapore. He recalls that she would buy him clothes and meals, as well as a car, and even an expensive sterling silver watch for his nineteenth birthday.

He used to frequent the amusement parks in Singapore as well, among them “New World”, “Happy World” and “Old World”, which he describes as “big amusement parks with Chinese theatres, outdoor theatres, restaurants, a kind of Luna Park, and stands where you could buy Chinese and Malay food. The centre of attraction was called the cabaret.”

He had a photography studio in Robinsons

Through his liaison with Fabien, Newton also found himself set up with a photography studio at the top floor of Robinsons Department Store on Raffles Square. “In the back of the space, I made a little photo studio with two lamps, my tripod, my Rolleicord, and some fabric that I got from the store to use as a backdrop,” he said. “Robinson’s let me use furniture or anything else I needed as props and agreed to advertise for me for free until I built up a clientele.”

During this time, he also mentions being visited by the “Sultan of Jahore [sic]” who arrived with three of his children—two young princes and a princess—and who invited him “to come to the Palace of Jahore and teach the boys about photography.”

He worked briefly for the Straits Times

Who knew the world-famous photographer once had a stint at the antediluvian Straits Times? Newton was ostensibly allowed to stay in Singapore after being interviewed by the colonial government’s Welfare Committee, who was looking for individuals with specialised skills and crafts that were needed in the city.

The photographer was sent off to work at the newspaper, where we describes “being put on the society beat” and “sent to tea parties at Government House”, but admits that his work was “abominable”.

“I lasted two weeks before I got the sack—out!” he said. “I’d been sacked by the Straits Times. I was broke. Penniless!”

He used to live in Changi

Newton recalls one of his favourite memories of Singapore as the time that he lived in Changi. Moving away from the city with Fabien to “a big house in Changi, where the prisoner-of-war camp was during the war [World War I]. It was right on the beach—in front of the house was the China Sea.” Here, he used to swim every morning and even had a small sailboat for amusement.

As war broke out in Europe, Newton remembers an evening screening at the Capitol Cinema being interrupted by an announcement that the Nazis had taken Belgium and were on the march to France. Having come to Singapore from Germany, he was naturally treated with suspicion by the ruling British colonial government, and shortly after was notified to report to a wharf and shipped off to Australia on the Queen Mary, where he eventually met his wife, Alice Springs.

Newton took to wearing a sarong to sleep at night while in Singapore. He describes it as “a very simple, beautiful garment that is ideally suited to protect the stomach from drafts.” He adopted the sarong because he suffered from severe sunburn on one occasion, which made wearing pyjamas extremely painful. But he must have liked it very much, because he mentions never wearing pyjamas again after his sunburn healed.

After a louche, hedonistic year in Singapore, Newton mentions rekindling his love of photography in the library of Singapore, where he came across the work of Brassai and George Hurrell in magazines. “Suddenly my desire to become a photographer came flooding back to me,” he wrote. “While in Singapore, I’d lost all professional ambition. I’d become totally lethargic about my career. I realised how far I was from the goal I’d set for myself of becoming a Vogue photographer.” 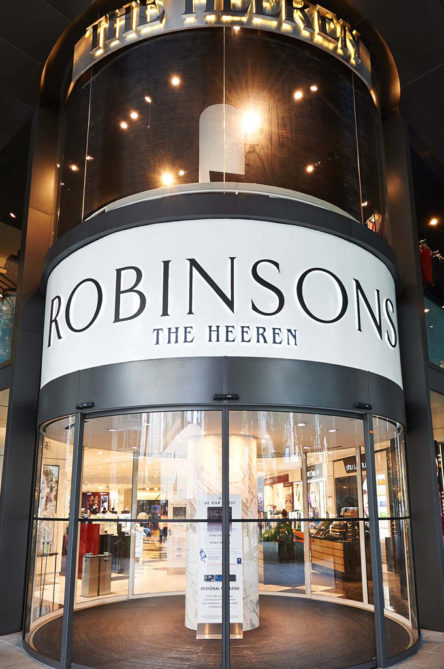 Robinsons closes down after 162 years in Singapore: Singaporeans remember the “Grand Dame” of department stores 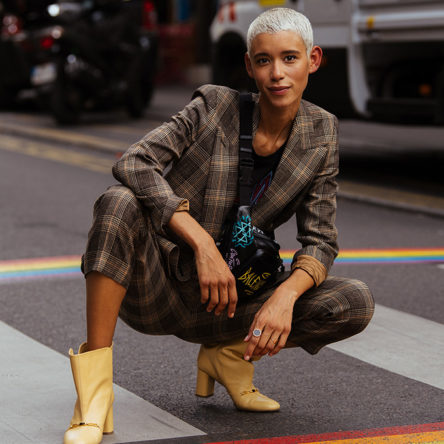 8 photographers share their favourite street-style moments of all time