Is your Instagram feed feeling the absence of street style right now? Ordinarily by the close of London Fashion Week, editors and influencers alike would have showcased their looks to cohorts of expectant photographers. However, in the advent of SS21’s phygital shows, fashion’s most recognisable style chameleons remain confined to their living rooms.

With a limited run of physical shows to be papped en route to, this season has seen the rise of Zoom and AI presentations, one-in-one-out press meetings and a temporary disbanding of the hallowed front row. With street style replaced by mostly virtual alternatives, we’ve asked eight leading photographers to deliver a much-needed dose of nostalgia.

“I have the tendency to stay a bit longer than most photographers after the show. I’ve taken some of my favourite pictures after the big crowd left. You never know who’s going to come out. This was one of those moments. The Italian woman, curious about what was happening, just made the picture complete.”

“I felt this was an important moment to see models raise awareness for Juneteenth, Black history and culture. Still very relevant in 2020.”

“This picture was taken after the Celine show. There was no way for me to get close, so I got on top of a short wall to get a bird’s-eye perspective of the paparazzi madness surrounding Kanye.”

“I love this picture as it’s rare to get the opportunity to photograph Rei Kawakubo, one of my absolute favourite designers.”

“Never a dull moment with Teddy Quinlivan. Teddy is always up for some fun pictures.”

“Wow, I had no choice but to take a picture of her: London street fashion.”

“I always held my camera at that time. I often published blurred or out-of-focus photos in Streets magazine, because it’s not always easy to take clear photos on the street. Sometimes blurred or out- of-focus pictures express the atmosphere of the street.”

“It was the most exciting fashion show and audience. His fashion was incredible. He is a genius. I want to know who he is.”

Unknown, 1996, Tokyo, near the Harajuku district

“This photo was the trigger to starting FRUiTS magazine. Until just before, Comme des Garçons and Yohji Yamamoto were dominant for 10 years. So, the colourful fashion of these two was quite fresh and innovative. And it was quite challenging to wear a kimono at that time.”

“During the pandemic, youth fashion in Harajuku is recovering gradually. Her look is incredible.”

“This image represents my sort of fairy tale moment with fashion in my first years doing street style, when I got hooked: the dreamy look on Sofia’s face and the perfectly pretty dress in that magnetic Valentino red.”

“Photographing outside the Celine shows was definitely a highlight in my years of street style and of course the excitement was high when I spotted Phoebe Philo. This mix-and-match look, sneakers and her kid’s backpack represent why she is the coolest designer for me. It’s a great imaginative look, but it’s real.”

“I love Edie’s style, from the worn-in denim and All Star Converse, the interesting layering, the hair and her attitude. Most importantly, it feels like she would wear this on any given day and not to be photographed.”

“With photos like this, I’m reminded of the importance of closeness, especially in a time when we’re encouraged to stay apart.”

“I remember having to take these trolleybuses throughout the city to get to shows. The entire ride I kept thinking about how beautiful the light was in Italy during its very humid, hot summers.”

“These two always surprise me with their looks—they both have personal style and were some of the most eye-catching models on the scene that year.”

“I met all three of them during my first season in Paris. They are all very kind and always make an impression.”

“I used to have a recurring dream where I’m by the backstage exit after a show. One of my favourite models, Xiao Wen Ju, would emerge riding atop a war elephant, draped in silks and jewels. I would always wake up in a panic because no matter what I did with my camera, every picture was turning out super blurry. Kinda like this, but actually I like this one.”

“It was like a typical scene from a western—the hero fumbling around loading bullets into the chambers of a revolver as the bandit creeps around the corner in the dark… It’s still dark, but the hero is just me, shovelling batteries the wrong way into a handheld flash, and the villain is actually Claudia Schiffer leaving the Versace show. Real life or death stakes… I managed to fire off a shot though, and it turned out OK.”

“Some of my favourite pictures are ones where the fashion world and real life intersect. Here’s Michelle Elie in Comme des Garçons and a bewildered Parisian commuter.”

“I thought he was going to shoo me away, but instead he grabbed his Fendi keychain, looked right at my camera, and started twirling furry Karlito back and forth on his finger. What a salesman.”

“This was after a Missoni show way out in the outskirts of Milan. Traffic was at a standstill, and Hanne Gaby Odiele had places to be. I ran after her, of course.”

“From the outside, there’s a perception that fashion week is solely focused on presenting clothing design on a runway—something that in today’s world could be easily achieved online. In reality, I see the fashion month circuit as being a process of sharing ideas in person. Conversations, exhibitions and happenstance that can only occur when a group of individuals with a shared goal come together in one place. Looking back, it’s the moments of joy and connectivity that remain most clearly.”

“Great models have a unique ability to transform themselves to fit each designer. It always fascinates me to see a model in their day clothes to see how this differs from the show they just walked in, and if I have time, I wait after the show to see who emerges. This was taken on the first day of Couture Fashion Week in Paris last summer, with some of my favourite women to photograph.”

“Photographed during a particularly cold winter’s day, this was taken down a small side street outside the Chalayan store in Mayfair. ”

“I began to document fashion week through an interest in the simple street portraits by [German photographer] August Sander. Although the industry has evolved hugely in the past decade, I still love to take pictures that truly show an individual and their environment with clarity. This is musician Varsha Thapa shot outside a show at NYFW— she dresses in a way that doesn’t reflect trends, her personal style is paramount.”

“Often it’s the details that stand out most when I first see a potential subject. This portrait was made outside the Molly Goddard show and captures the magic that the designer brings to the London schedule and its attendees.”

“If there’s one thing I’m asked the most during fashion week, it’s what trends I’ve noticed on the street. More often than not, during a fashion month, patterns don’t emerge until the end of the season in Paris. Each city has its own inflection, and to see clearly we need to take a step back. Then again, at the start of 2020 the camel coat was so widely adopted it seemed to appear on every show guest in numerous forms: from the alpaca car coat to the classic trench.”

“Sam Lambert and Shaka Maidoh are the designers behind Art Comes First and to me they represent British style perfectly. They dress with an understanding of the rules of menswear, cut and fabric, while always bringing an irreverent swagger.”

“I started going to the fashion shows to capture images of the people ‘behind the scenes’ such as unknown stylists, design assistants, fashion students, hair and makeup artists. To me, these young creatives were much more interesting than the famous editors of the major magazines. What I didn’t expect was that a lot of the people I photographed first—like Giovanna Battaglia, Anna Dello Russo and Eva Fontanelli — would go on to become big stars themselves.”

“The first time I went to Milan and Paris for fashion week was like going to heaven on earth. I had a chance to meet and photograph designers and fashion insiders who I had always idolised—Armani has always been my Michael Jordan of fashion. Those first few seasons I always requested backstage passes, not so much because I wanted to capture that scene, but because I wanted to be in that environment, which to me felt like the centre of the world.”

“I saw this old man in Paris as I walked from one show to another. I was running a little late, but when I saw him I couldn’t pass on the chance to photograph him. I asked if I could take his picture and he said yes, but could we sit and have a coffee first. At that moment, I had to decide between the fashion show or a fantastic, graceful and stylish gentleman — while considering that Condé Nast was paying my way since I was shooting for Style.com that season. Obviously I chose the gentleman. This image taught me to trust my instinct because later that season Jonathan Newhouse [chairman of Condé Nast Worldwide] introduced himself to me and said how much he loved that photo.”

“This turned out to be one of my favourite pictures from Paris that year and sums up the autumn season for me: the colours in the beautiful streets of Paris.”

“My favourite part of attending the Hyères festival of fashion, photography and fashion accessories every spring is this: bumping into the biggest names in the industry in a casual atmosphere, without the stress of fashion week.”

“It’s always fun and a unique perk of street style that you sometimes get the most famous models of the moment posing just for you, like Dilone here in Paris.”

“This was my first picture of a fashion week attendee wearing a face mask and one of the final pictures that I took as the season ended in March. Something that has become so normal in my everyday life now still seemed scary and new. I will miss Paris Fashion Week for the first time in many years this month, because Paris has been declared a risk area at the moment. I will miss it, but this is the picture that comes up in my mind when I think of last season.” 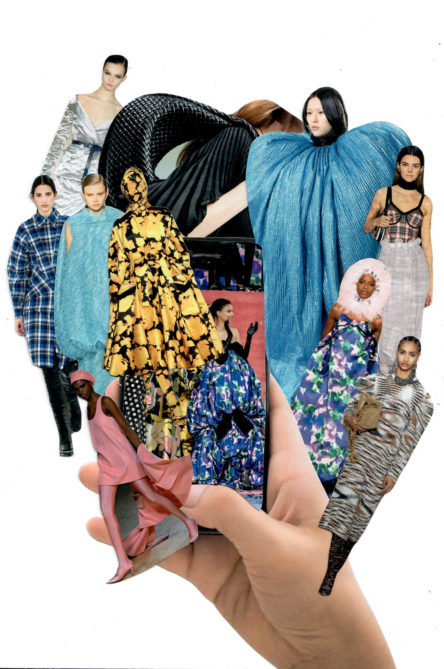 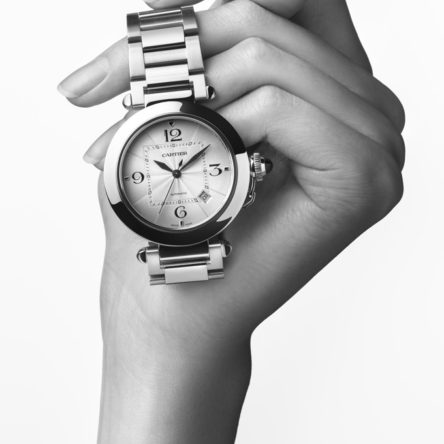