For autumn/winter 2021, Dries Van Noten drew on the contemporary dance that’s close to his heart in a movement-centric collection of “restrained excess”. Vogue’s fashion critic Anders Christian Madsen brings you five things to know about the showcase.

The collection was informed by dance

Dries Van Noten loves to dance. While his self-composure may not give it away, watching contemporary dance has been a formative part of his career. When the pandemic put a stop to dance—theatrical and otherwise—there was no doubt in his mind: “The first two words I said to my team were ‘emotion’ and ‘movement’. To me, they’re symbols of what we’re all going through, being restricted in movement and being unable to share emotions. We can’t go to the theatre together,” he said on a video call from Antwerp. His collection drew on material close to his heart and history: the work of his frequent collaborator Anne Teresa De Keersmaeker of the Rosas contemporary dance ensemble, and fashion’s favourite Pina Bausch, whose radical pieces Van Noten watched religiously in the ’80s. “Pina is always on my mind,” as he put it.

It was a study of the emergent wardrobe

Like every collection this season, this was made for re-emergence: a rediscovery of our physicality and movement. It’s psychologically interesting. Regaining the freedom we’ve longed for, will we embrace dressing up once again, or will our choices bear evidence of our time in hiding? “Restrained excess,” Van Noten said, summing up a golden middle. He stripped his collection of surface decoration—bar some perky plume trims—choosing instead to transmit an appetite for excess through opulent colours and sumptuous fabrics conveyed in movement. His garments expressed an introvert-extrovert approach to dressing, some founded in the rigid structure of menswear— which traditionally hides and frames the body—versus fluid elements informed by ladies’ evening wear, which exposes and opens the body to movement.

The collection was shot on 46 dancers and models

Familiar with the—shall we say—“climactic” posters he shot for Lars Von Trier’s Nymphomaniac, Van Noten called upon photographer Casper Sejersen to transport the collection into video and stills that would capture its ideas of movement. Photographed at Antwerp’s Single stage, it featured 46 dancers and models including De Keersmaeker herself. “To see those muscular bodies, the way they move in the garments; it’s so much more beautiful than the most perfect model,” Van Noten said. “Do we want to go back to 50 girls in a row, all a perfect size 36, 180cm long, all between 16 and 19-years-old? I think fashion deserves more than that. Our vision of beauty has changed, and we’re going to take this with us after the crisis.”

There wasn’t a lockdown trend in sight

Van Noten’s desire to use the pandemic as a tool for advancement was equally reflected in the collection, so elegant and “dressed”—not a memory of comfort-wear or dressing for home in sight. “Honestly, when I hear marketing terms like that, the last thing I want to do is exactly that. I don’t care about those things. For me, the dream and the passion that I want to share are much more important than thinking about whether or not people will wear it on a Zoom call,” he snapped. “We have to invite people to dress up, to explain what they want to say through their garments, and not just being ‘comfortable’. At one point in the shoot, everyone was wearing 11cm heels. No comfort shoes involved!”

Dries Van Noten isn’t planning a return to the runway

Early in the pandemic, Van Noten called for long-term change to a fashion cycle he finds antiquated. “Move on, rethink things,” he said a year on, maintaining that stance. Does he never want to return to live runway shows? “If we find a way of transmitting the same things, yes. On the other hand, now we can reach more people,” he argued, noting that the movement captured in his film showcases the garments in a different and more detailed way. “Some fashion houses dream of going back to pretending that nothing happened, but our mentality changed. It would be sad if we picked up where we left off,” Van Noten said. “Our values have changed. We’re forced to be in different places, appreciating different things.” 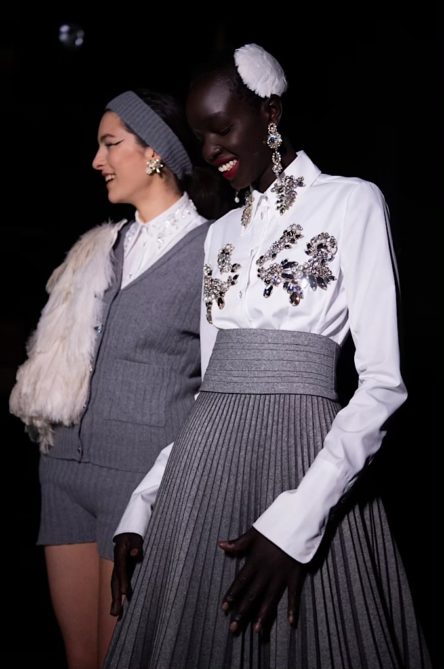 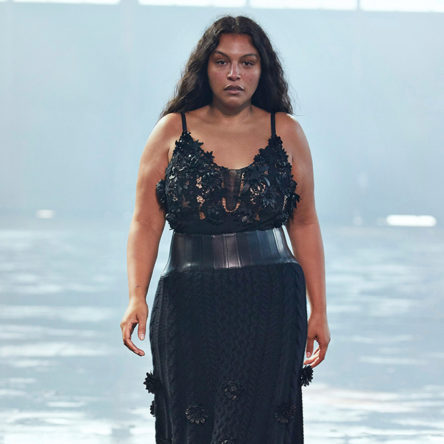