The coronavirus crisis hasn’t killed cinema. The proof? Sundance Film Festival’s 2021 lineup, which is bursting with just as many Oscars hopefuls and boundary-pushing independent dramas as its last pre-pandemic edition. Among the highlights of the showcase—which runs from 28 January to 3 February with a combination of digital and socially distanced events—are the feature directorial debuts of actors Rebecca Hall and Robin Wright, a politically charged tribute to a 1960s icon and more than one thriller about the end of the world. Ahead of opening night, here’s what to watch.

Judas and the Black Messiah

To tell the explosive true story of Black Panther Fred Hampton’s death in 1969 at the hands of the FBI, Shaka King enlisted two powerhouses: Daniel Kaluuya as the revolutionary leader and LaKeith Stanfield as the informant who betrayed him. Expect rousing speeches and a devastating climax.

I Was a Simple Man

Following breakout roles in Crazy Rich Asians and Hustlers, Constance Wu returns in this sweeping, surreal tale of a family facing the death of their patriarch from director Christopher Makoto Yogi. Set on the misty north shore of Oahu in Hawaii, it sees the ghosts of his past gather around him.

John and the Hole

The premise of Pascual Sisto’s psychological thriller is deeply unsettling: seemingly unprovoked, a 13-year-old (Charlie Shotwell) traps his family (Jennifer Ehle, Taissa Farmiga, Michael C Hall) in a hole in the ground. The result is a twisted coming-of-age saga like nothing you’ve ever seen before.

Grace Van Patten, Mia Goth and Juliette Lewis lead the magnetic ensemble cast of Karen Cinorre’s beguiling action movie, which tracks a woman who is transported to an alternative reality. There she joins a female army caught in an endless war, but time is running out for her to find a way home.

On the Count of Three

Billed as a jet-black comedy, actor and stand-up Jerrod Carmichael’s big-screen directorial debut is centred on two friends who make a pact to end their lives. Indie favourite Christopher Abbott and Carmichael himself star, supported by the side-splittingly funny Tiffany Haddish and Henry Winkler.

Where would you go if the world was ending? In Daryl Wein and Zoe Lister-Jones’ pre-apocalyptic romp, the latter plays a free spirit who scores an invite to a wild party on the day an asteroid is due to hit Earth. There are big laughs and a host of A-list appearances (Olivia Wilde, Helen Hunt).

As the planet desperately searches for a cure to a deadly virus, a scientist and park scout head into the wilderness in Ben Wheatley’s undeniably timely horror. The cast is awash with rising stars—Joel Fry, Hayley Squires, Ellora Torchia—and the eerie visuals will send shivers down your spine.

In her first cinematic project in front of and behind the camera, Robin Wright soars as a woman who seeks isolation in the unforgiving Rocky Mountains in the wake of a personal tragedy. It’s an inspiring examination of human resilience, as she battles the elements and finally begins to heal. 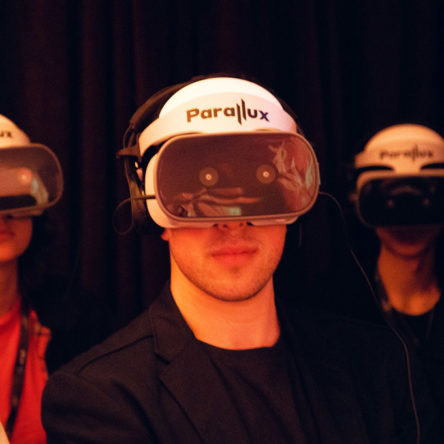