What’s in store for the future of movies? Virtual reality, AI-generated scripts, robot actors and choose your own adventure-style narratives that blur the boundaries between gaming and film. Vogue reports on cinema 2.0

Film has always been shaped by technology, from the advent of sound in the 1920s to Technicolor in the 1930s and 3D in the 1950s. Initially dismissed as expensive gimmicks, these tools took years to perfect, but eventually became ubiquitous. The 21st century has already seen its fair share of game changers—4D infiltrating traditional cinemas, the rise of streaming platforms—but in an increasingly competitive marketplace, the race is on to discover the next big thing.

Nadira Azermai believes she’s found it. The CEO of Belgium-based artificial intelligence company ScriptBook, Azermai is at the forefront of a quiet revolution that has long been brewing in Hollywood. “This is a multibillion-dollar industry where 87 percent of movies currently in cinemas are losing money,” Azermai tells Vogue. “The process of greenlighting films still relies on gut instinct. There’s no technology, no objective metric. That’s where we come in.”

Founded in 2015, ScriptBook specialises in screenplay analysis. Production companies and studios can upload scripts into a system that digests them in six minutes, producing detailed reports that calculate likeability ratings for its characters, predictions about its target demographic, audience satisfaction metrics and even its IMDB rating. The crucial component for Azermai’s clients? The financial forecast, which determines a film’s global box office with an 86 percent success rate.

But Azermai didn’t stop there. “AI can do so much more than analyse and predict,” she says. “It can also tell the perfect story.” So began ScriptBook’s phase two: automated story generation. Azermai and her team built a generator and fed it 30,000 scripts. “In the beginning, the output was weird AI speech, but we slowly trained the system to write. Now it can produce full-length feature films.”

Writers can give the system keywords and topics, choose a length and assign traits for their characters, leaving the system to fill in the blanks. Azermai believes that co-authorship between humans and machines will soon become the norm. “If you have writer’s block, you can upload what you’ve got into the system and let the generator inspire you,” she says. “It’s capable of reading what you’ve written and suggesting the next sentence, or paragraph or the next 10 pages.”

So is it only a matter of time before we see the first big-screen production penned and analysed by a computer? “You probably already have,” she says. “When studios come to us, we have to sign contracts saying we won’t use their names.” Azermai attributes their resistance to an unwillingness to be seen to be relying on technology, which is still perceived as a threat to the creative industries.

ScriptBook isn’t the only company making strides in the field. Los Angeles firm Cinelytic has a system that allows users to input a potential cast for a project and then swap actors to see if that alters a film’s projected box-office success. Israeli start-up Vault determines the target audience by analysing how a film’s trailer is received online, and Boston’s Pilot Movies offers an app that predicts profits. Many are keen to go further: Disney has humanoid stunt doubles, AI-driven animation is common and American History X director Tony Kaye has spoken about casting a robot in his upcoming film 2nd Born. As the nature of scriptwriting changes, visuals are following suit.

With this comes virtual reality, another medium on the cusp of going mainstream. “People have been saying VR is the future of film since the 1970s,” says filmmaker, artist and creative director of Amsterdam-based Ado Ato Pictures Tamara Shogaolu. “But things are definitely changing.” Shogaolu is a long-time advocate of immersive interactive experiences, and her most recent work, an animated VR documentary called Another Dream which debuted at this year’s Tribeca Film Festival, is a testament to the power of the form. Using audio recordings, 3D animation and hand-drawn illustrations viewed through a headset, it follows an Egyptian lesbian couple who seek asylum in the Netherlands after the 2011 revolution. “I was living in Egypt during the Arab Spring and collected oral histories from women and marginalised communities,” Shogaolu explains. “I followed them for years afterwards and wanted to find the right way to tell their stories.” The result was a series called Queer in a Time of Forced Migration, of which Another Dream is just one part.

“In Another Dream, you’re not a passive viewer,” Shogaolu says, explaining that participants must follow the couple and complete tasks to unlock the next chapter of their story. The most affecting scene takes place in a supermarket where they talk about their experiences of homophobia at home, as well as the racism they face after moving to a new country. “When you watch it, you’re standing right next to them, you hear their voices and see people around them turning to stare. It captures the feeling of being a minority like nothing else. It makes you invest in the narrative so much more than when watching a traditional film.” The response from users at Tribeca was fascinating. “So many people, especially those not from minority backgrounds, said they never knew you could be stared at like that. I was surprised because as a person of colour it happens to me all the time. With VR, you can really move an audience and change their perceptions.”

Though film festivals have been quick to embrace VR—Tribeca’s Immersive programme, Sundance’s New Frontier and Venice’s Virtual Reality–accessibility remains an issue. “These showcases rely on you living in certain parts of the world and paying to attend events, but I want VR to reach as many people as possible,” Shogaolu says. Her solution was to work on a simplified version of Another Dream that can be uploaded to the Ado Ato Pictures website. There’s also the portable Oculus Quest gaming headset, dubbed “the iPod of VR”, and social VR, which will soon allow multiple users to wear headsets and interact in a virtual world.

Of course, the industry has already gone beyond prophesying when it comes to interactive entertainment. The biggest hit to date is Netflix’s Black Mirror: Bandersnatch, the brainchild of the series’ creators Charlie Brooker and Annabel Jones. The interactive film is centred on Stefan, a programmer in 1980s England who adapts a choose your own adventure book into a video game. Viewers are asked to make choices that take you down divergent narrative paths: encourage him to open up about his feelings and he shares a memory about his mother; tell Stefan that you’re watching him on Netflix and he immediately calls his therapist. “It became quite meta,” Jones tells Vogue. “The interactive element worked because it added a layer to the story. The viewer is given the impression that they can control this character, but then the character becomes aware of it.”

Jones’s greatest fear was that the final product would seem gimmicky, in the spirit of early interactive films like 1983’s Dragon’s Lair. “We poked fun at that concept when we asked the viewer to choose between Frosties and Sugar Puffs,” she adds. “Our film would never stay at that level, but in early interactive cinema some of the choices you made were that anodyne. The format was used simply because it was a novelty. We can’t do that anymore.”

Netflix may not share her concerns. The success of Bandersnatch prompted the streaming giant to commission more interactive film and TV. You vs Wild, an interactive series featuring Bear Grylls, followed in April and next year will see Unbreakable Kimmy Schmidt return for an interactive special. Does Jones see the gamification of entertainment becoming the new normal? “Not necessarily,” she says. “It’s still arduous, expensive and time-consuming to produce. It works well for unique ideas, but I see them existing alongside film and video games as alternative methods of storytelling.”

Shogaolu agrees. “People try to compare VR and interactivity to film, thinking one will replace the other, but I think it’s more like the relationship between film and theatre,” she says. “It’s a totally different experience.” Is 2020 the year that these tools, so long in development, reach the average viewer on a more regular basis? Azermai thinks so. “We’re currently in the era of fine-tuning. Everything has been discovered, but we need to learn how to use them to serve the narrative, or to subvert it.” With so many available formats, the possibilities are endless. 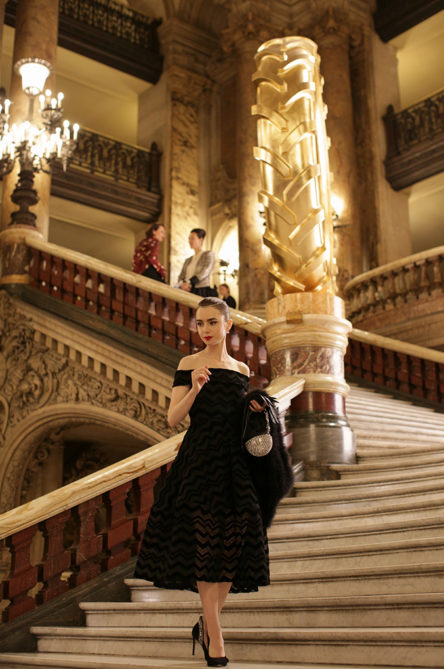 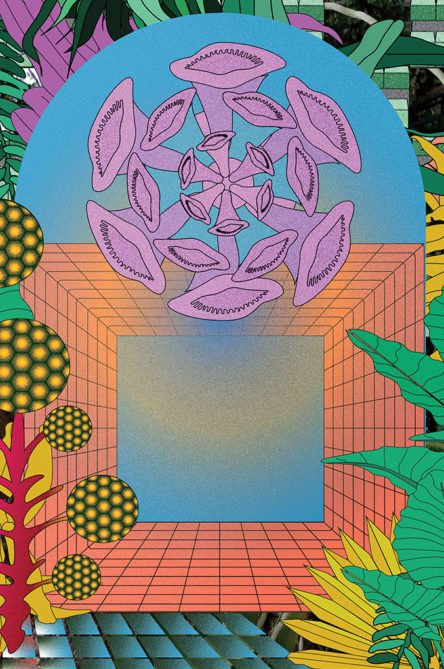 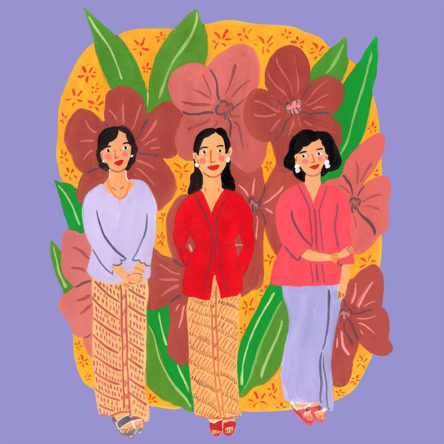 Hafizah Jainal draws from life in her painting for Vogue Singapore 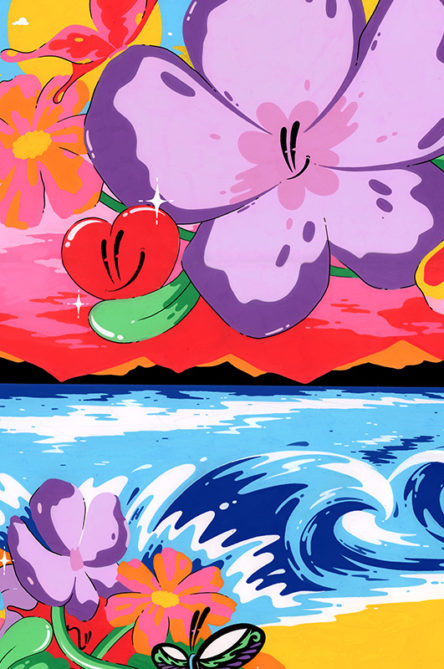 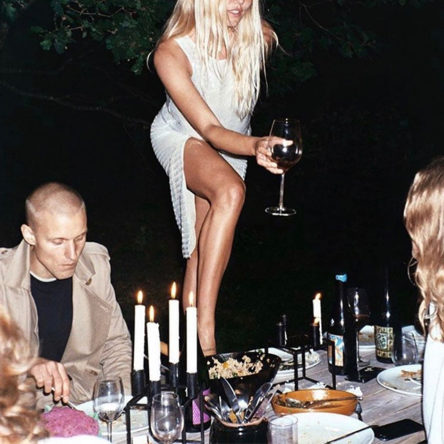 Eat list: The best new restaurants to check out in Singapore