In addition to the show, there will be a street fair experience made up of Vogue-curated newsstands and limited-edition items created in partnership with leading brands. There will also be a shoppable selection of runway looks via partners including Moda Operandi, Mytheresa, NET-A-PORTER, Nordstrom, and Ssense.

“Fashion is changing and Vogue is doing something special to celebrate it—a fashion show-meets-street fair that captures the creative spirit of our community now,” says Anna Wintour, chief content officer, Condé Nast, and global editorial director, Vogue. “New York is the perfect place for this—a city that is as restless, as dynamic, and as revitalized as fashion is today.”

For those not in New York, there are many ways to celebrate the event. On September 12, viewers can tune into via a cinematic livestream on Vogue.com, the Vogue Runway app, and Twitter.

There is also an immersive augmented reality component, created in partnership with Snapchat, in which custom AR lenses allow viewers anywhere to “try on” looks from the show.

Starting today, Vogue Club members will have exclusive early access to the Vogue World: New York experience. Vogue Club members can get passes here. Passes will be available for access to Vogue World: New York to everyone on Monday. For those not in New York, there are many ways to celebrate the event. On September 12, viewers can tune into via a cinematic livestream on Vogue.com, the Vogue Runway app, and Twitter. 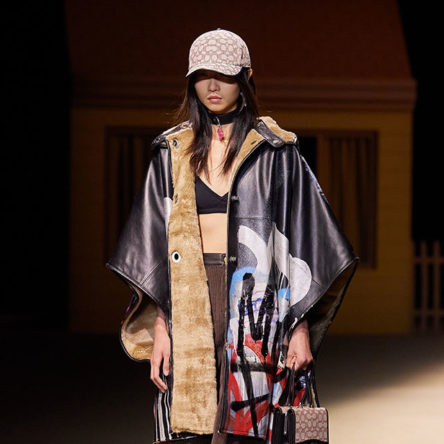