The last time I was in Paris was during my honeymoon in 2009. Back then, I was enamoured by the most romantic city in the world. Call it floating on cloud nine after our recent wedding and pinching myself that I had married my very own Prince Charming, but my memories of France were magical. Croissants seemed to melt in my mouth, flower markets looked like a set in a charming Wes Anderson film and people-watching from a street corner brasserie proved endlessly amusing. Strange then despite me being a bona fide travel bug—pre-Covid I was on around 70 flights a year for work and pleasure—yet I never made it back there. That is, until last year’s Christmas season. With our home country’s border locked and a VTL opening up to France, my husband and I decided to follow the yellow brick road, or green as it were, back to the City of Lights. But this time, in a family vacation with our twin daughters and my mother in convoy.

Wanderlust consumed us; we desperately wanted to escape the monotony and banality of everyday life and once again galavant for some quality time off. Somehow taking your annual leave sitting at home just doesn’t cut the mustard and I think we took for granted just how restorative a little voyage can be. Having resided in Singapore for a decade, cold weather moments were tokenistic and the prospect of being all cosy and rugged up was incredibly appealing, especially as our two-year-old daughters had never felt brisk air on their little faces, let alone touched snow. Perhaps it was your common case of island fever, but a positively European festive Christmas was what the proverbial doctor ordered. It was au revoir Singapore and bonjour France! The plan was this: we flew into Paris before hiring a van to drive up to Champagne and Charmonix for a change of scenery, before heading back to the city.

An 18th century château in the Champagne region

For obvious reasons, the aptly named Champagne region quenches the thirst of the most enthusiastic champagne connoisseurs among us. One can spend an afternoon “drinking the stars” like Dom Pérignon, the French monk who, as legend has it, invented the bubbly beverage, or at least contributed greatly to the techniques still used today. As we toured the chalky cellars (crayères) of Reims, I was personally enchanted by the story of Veuve Clicquot, a 19th century widow (or “veuve” in French) who created an international empire.

To get some respite from the hustle and bustle of city life, we decided to head to the country and take up quarters in an 18th century château in the Champagne region, and the former property of Karl Lagerfeld. The grandeur of this home is unmatched—for starters, the mansion is surrounded by a moat and upon entry, one is greeted by a grand stairway made of stone. The sitting room, is adorned with gold detailing, a crackling fireplace and French doors opening out to the highly manicured lawns.

After Champagne, we ventured to Charmonix. Close to where France, Italy and Switzerland meet, we stayed in this resort town in the Marmotte Mountain Eco Lodge, casually overlooking Mont Blanc—the highest summit in the Alps. Think snowcapped mountains, powdery white snow dusting the foliage and lining the streets, an icy blue river—one could be living in a winter wonderland. Our chalet had that traditional feel, yet was built with green technology, using an advanced renewable energy system, but not without luxury amenities such as a scenic sauna and toasty jacuzzi for some après-ski. Pro tip: you can keep your champagne crisp in a mound of snow—a DIY cooler.

An ‘Emily in Paris’esque apartment

After feeling refreshed, we headed back to the nation’s capital. As a stroke of luck would have it, our delightful Airbnb filled with quintessential Parisian-style qualities (think parquet flooring, grand balustrade and gorgeous windows) happened to be just a skip and a hop away from key filming locations of Emily in Paris—Emily’s apartment, fountain courtyard and Chef Gabriel’s restaurant. Found on Place de l’Estrapade in the 5th arrondissement near the famous Panthéon, the Latin Quarter is humming with excellent bistros, bookshops and Jardin des Plantes botanical gardens. No surprise to how Emily fell in love with Paris staying here.

You may be familiar with Hôtel Plaza Athénée at 25 Avenue Montaigne. Monsieur Christian Dior showcased his first collection there. Carrie Bradshaw of Sex and the City called this famous address home as she moved across the Atlantic. With its iconic red awnings, dreamy views of the Eiffel Tower, and situated on arguably one of the most fashionable streets in Paris, this is the place to lay your head for “It Girls” and style enthusiasts. If you need some extra R&R, the Dior Spa offers everything from facials to massage. My husband and I were able to duck off for one night as my mum played babysitter to the twins. Quite the romantic escape one could ask for while travelling with your kids.

The first order of business was to get our hands (and taste buds) on the best pastries in town. Thanks to a recommendation from a Parisian, we were able to indulge in the most delectable croissants. Just across the street from where French President Macron allegedly gets his, is a small, nondescript shop called La Maison d’Isabelle in Saint-Germain. And ironically, with jetlagged twins up at ungodly hours, we were able to snag ours freshly baked out of the oven sans queues. Délicieuse is the only way to describe it.

LouLou Paris on Rue de Rivoli was something else. Not only was the French and Italian cuisine truly mouthwatering, the location is a delight as well. Nestled within the Musée des Arts Décoratifs, the Louvre is just a stone’s throw away. Basking in the sun for some alfresco aperitifs in the presence of an enchanting garden? Any diner’s dream.

Anyone who has been to Paris would know this as an institution. The local haunt of famous writers and philosophers like Georges Bataille, Robert Desnos and Pablo Picasso. Notable clientele aside, Café de Flore on the Boulevard Saint-Germain stands as one of the oldest coffeehouses in Paris. A must-visit for individuals who appreciate the arts, literature and of course, hot chocolate.

When your average grandma is wearing a silk scarf, red manicure, cateye sunglasses and a peacoat, that is your sign to shop in that city. The savoir faire is unparalleled. Home to some of the most famous fashion maisons in the world, even the boutiques have a landmark quality to them. Think 31 Rue Cambon—Gabrielle Chanel acquired the building in 1918 and a stairway of mirrors immediately comes to mind. It’s where the essence of the maison is displayed—from tweed coats to classic chain bags.

Over at the Hermès flagship, this is the iconic address, which houses the most leather stock, given that the house’s leather goods are extremely coveted. If you were after a beautiful leather piece such as a famous BKC (Birkin, Kelly or Constance), this is where you would shoot your shot thanks to their lottery appointment booking process, unique to Paris only.

For one-of-a-kind vintage finds, the Marais district is a hotbed for the pre-loved. THX GOD I’M A V.I.P. on Rue de Lancry holds a huge amount of goods for women and men, from a Thierry Mugler blouse to a Celine skirt and almost everything in between. Just a few boutiques up is Louise Paris, a consignment store stocking second-hand designer items from the likes of Chloe, Lanvin and Missoni. My mum hunted down a divine Max Mara coat that she absolutely treasures.

Yes, we had the kids with us the whole way through. When we shared our grand plans of spending nearly two months in France with other moms and dads, the majority thought we were being ambitious travelling with two toddlers. We circumvented as much parental pain as possible by first of all booking a red eye—so as to not disturb their natural sleep cycle and hence less entertainment time required by us and secondly, exhausting them pre-flight by running and playing in the airport. A fully-charged device or tablet, favourite snacks on hand and a philosophy of divide and conquer served us well across most commutes.

In Paris, one memory that we will always treasure is just simply reconnoitring the streets on foot, beret on head and baguette in hand, admiring all the sensorial delights the city had to offer. We quickly discovered a special place for our family—​​The Jardin du Luxembourg (or in English, The Luxembourg Gardens). The children were enraptured by the ducks gliding on the Grand Bassin and us adults simply enjoyed sitting in some of the many public chairs, basking in the sun enjoying a coffee.

Being lucky enough to travel after being stationary for so long was transformative. Not only did it provide mental respite, I was finally able to reconnect with my mother who doesn’t reside in Singapore and who had endured a three-month lockdown alone, in such a meaningful way. The quality of this family time is unparalleled for us in recent memory and I will never forget it, to be frank.

As a destination, it’s hard to fault France. The sheer breadth of varying experiences one could have in this country is astounding—many of which we weren’t able to capture ourselves, but gives us good impetus to return. From cascading down the alps, to sipping rosé on the Riviera, to frolicking in the expansive lavender fields in Provence and of course mastering the art of being a flâneur in Paris. (Flâneur means “to wander”, walk without terminus, just absorbing all the culture and sights of Paris.) In the eloquent words of Ernest Hemingway, “there are only two places in the world where we can live happy: at home and in Paris.” 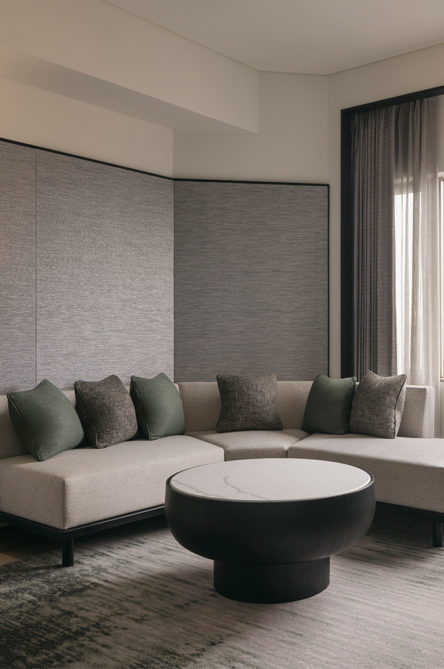 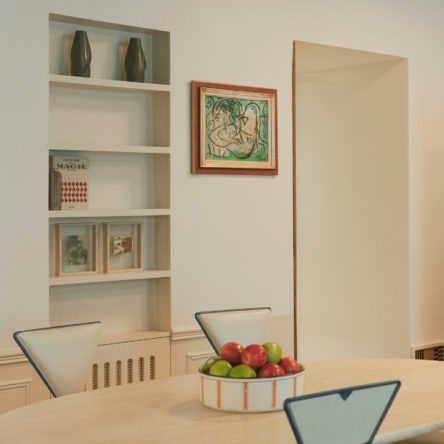 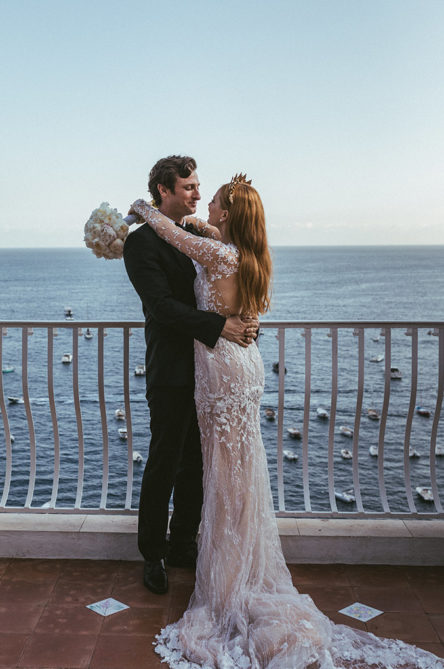 Vogue Viewpoint: Keeping the romance alive in a marriage, after kids 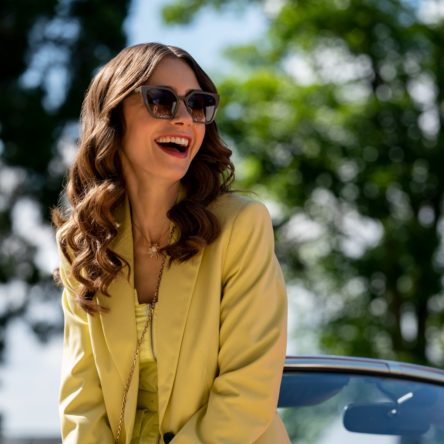