Paris—home to the Eiffel Tower, The Louvre, and the current residence of Emily Cooper, marketer extraordinaire and protagonist in hit series Emily in Paris. For those planning a visit to the iconic City of Lights, here’s how you can get the full Emily Cooper experience with a visit to one (if not all) of our favourite featured locations in the Netflix romantic comedy.

Much has already been said about the amazing fashion featured in the streaming television series. From Emily’s own divisive style to Camille’s effortless French dressing, the much-adored rom-com has given us endless doses of outfit envy and inspiration.

Beyond that, however, Emily in Paris has also served as an insider travel guide to the beautiful city of Paris. From the dazzling Vincent Van Gogh exhibition at L’Atelier des Lumières to the charming Rue de l’Abreuvoir, the Netflix drama has spotlighted a side of the city that extends beyond tourist clichés of the Eiffel Tower and Champs-Élysées.

With France on the list of countries in our Vaccinated Travel Lane (VTL) scheme, there is one less reason for you to postpone your dreams of living a life à la Emily Cooper. While we do recommend that you look into the specific requirements of each country under the scheme, for the most part, all you need is a negative pre-departure COVID-19 test to enjoy a quarantine-free trip beyond our shores.

If the past two years have had you travelling vicariously through Netflix’s Emily in Paris, here’s how you can experience the life of Emily Cooper in the flesh. From a dining experience at Gabriel’s iconic red-doored restaurant to taking in the breathtaking high ceilings of the Paris opera house, Vogue Singapore rounds up the best, and most beautiful, Emily in Paris locations that you can actually pay a visit to in the City of Love.

Also known as Maison Moreau, the apartment block where Emily and Gabriel reside is a charming building located in the Latin Quarter, in the fifth arrondissement of Paris. While the building is named after an ancient form of torture, strappado (estrapade in French), the only agony here is Emily continuously mistaking Gabriel’s unit for her own.

Also located in the fifth arrondissement, Café de la Nouvelle Mairie is the breakfast place of choice for Emily and Mindy. Start your day with a cup of coffee and a fresh croissant, or do as the locals do with an evening visit to partake in the bistro’s wide selection of natural wines.

Touted ‘the prettiest street in Paris’ by Mindy, this narrow cobblestoned stretch serves as the backdrop for many of Emily’s adventures in the series. The street has received newfound interest thanks in part to the Netflix drama but its Old-World charm remains very much intact.

The landscaped gardens of Palais Royal are where Emily and Mindy first run into each other. Situated just a stone’s throw from the Louvre, the small but popular garden is frequented by locals in need of a break from the busy city.

One of the oldest cafés in Paris, this established coffeehouse was the gathering place for famous writers and philosophers in the late 19th and early 20th centuries. French designer Sonia Rykiel was also a regular patron at this establishment—to the extent that the café has a sandwich named in her honour.

The inspiration behind The Phantom of the Opera and the spot where Emily and Thomas part ways, Palais Garnier is, by all means, a fully functioning opera house. Plan ahead like Emily and book tickets to catch the latest ballet, or pay a visit simply to soak in the awe-inspiring architectural masterpiece.

The Immersive Van Gogh exhibition visited by Emily, Gabriel, and Camille is very much real and ready to be explored. While the Van Gogh experience is on tour in the US, the art centre featured in the Netflix series is currently showcasing Salvador Dalí’s famous works. The concept remains the same and you can observe every minute detail of Dalí’s psychedelic work as they come to life on the floors and ten-metre-high walls of the atelier.

Famous for its perfect location offering an unobstructed view of the Eiffel Tower, this contemporary Parisian brasserie was the setting for Savoir, Emily’s marketing agency’s, launch party for De L’Heure. Popular amongst locals and tourists for its 1930’s charm and scenic view, reservations here are a must if you are visiting the City of Lights.

Les Deux Compères, the restaurant where Gabriel works, is, unfortunately, a place of film fiction. That said, the series’ restaurant scenes were shot at Terra Nera, an Italian gem located next to Emily and Gabriel’s residence. You won’t find steak on the menu here, but the restaurant has introduced a new dish, Tagliata di manzo Emily, a sliced beef tenderloin dish created in tribute to Emily in Paris. 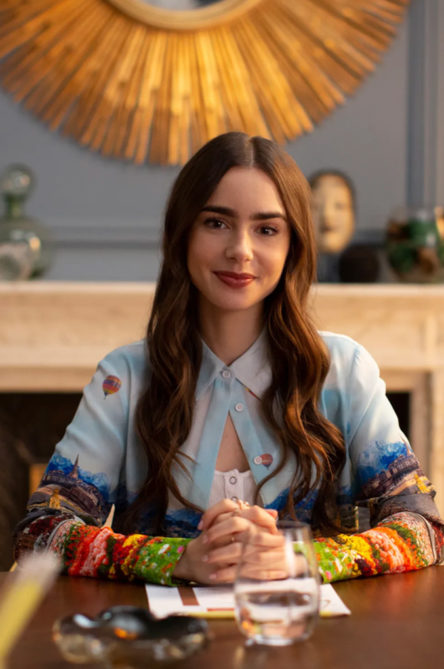 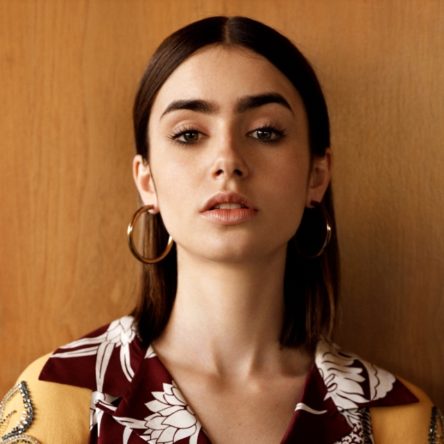 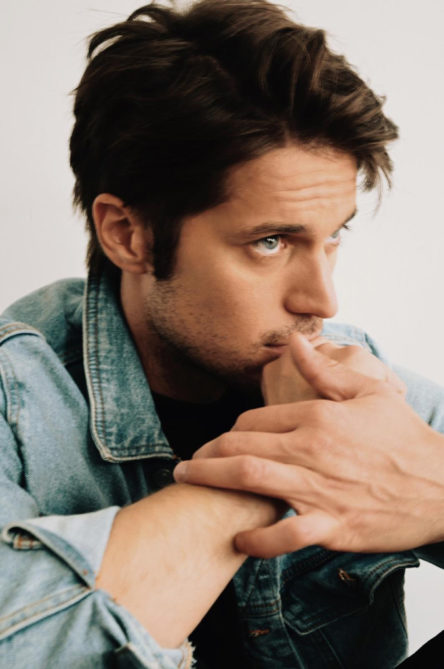