Early morning last Saturday, 20th March, news of Elsa Peretti’s passing, age 80, shocked the jewellery world. Widely recognised as one of the most influential names in design, she was best known for the numerous creations made for Tiffany & Co. Timeless pieces such as the bone cuff, the bean collection, the open heart, the mesh collection, the star fish, and many more collectively account for as much as 10 per cent of Tiffany’s global sales. Peretti’s creations have also made it to the permanent collections of the New York Metropolitan Museum of Art, the British Museum in London, and the Museum of Fine Arts in Boston.

Where to buy vintage engagement rings and antique jewellery online 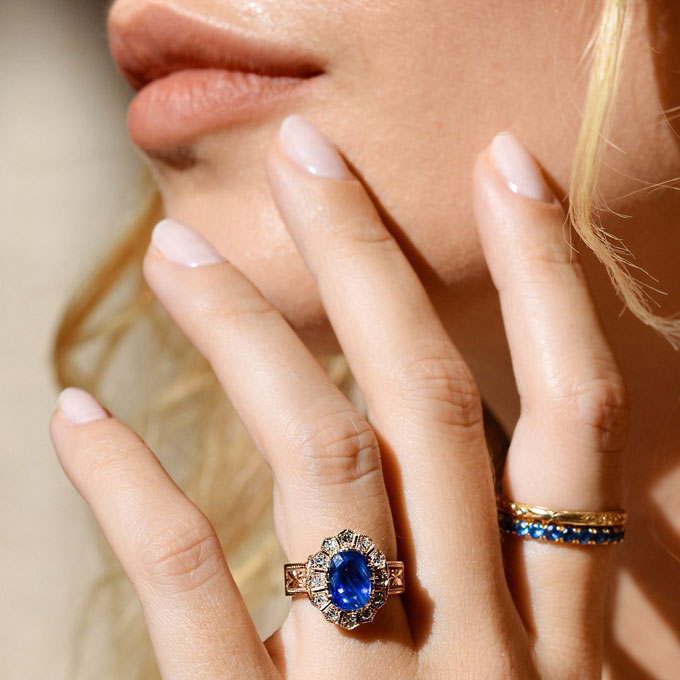 But Peretti did more than design jewellery; she had invented a new language of style. As Tiffany & Co. expresses in its official statement, “Tiffany & Co. is deeply saddened by the passing of Elsa Peretti, famed jewelry designer for the House and member of the Tiffany family since 1974. A woman who was larger-than-life has touched everyone at Tiffany & Co. The relationships she created defined her. Elsa was not only a designer but a way of life.”

Her creations for Tiffany & Co. completely revolutionised jewellery for women in the 70s and represented an independent spirit through the use of silver, rather than gold, which made the pieces more affordable and hence wearable. Organic, sensual forms invoking the beauty of nature made up her signature aesthetic. Peretti redefined her material and elevated it with creative and fashionable designs. They then became statement pieces worn by everyone who was anyone in 1970s Manhattan.

Peretti moved to New York in 1968. Then a rookie model, she was quickly handpicked by the city’s top fashion designers to walk their runways. Charles James, Issey Miyake, and then Giorgio di Sant’Angelo and Halston who was to become a lifelong friend. The latter had once reportedly described Peretti as being “different from the other models” who in his words were mere “clothes racks.” But Peretti had style, he said, and she made the outfit she was modelling “her own.”

Throughout the Disco Era, Peretti spend countless nights partying with the likes of Andy Warhol, Liza Minnelli, Elizabeth Taylor, Helmut Newton (with whom she had an affair) and more at the city’s hottest venues. Le Jardin, Max’s Kansas City, Paradise Garage and of course the infamous Studio 54. To this day, the photograph of Peretti standing on a rooftop dressed in a Halston Playboy bunny outfit with a cigarette dangling from her lips remains one of the most definitive snapshots of the decade.

Her distinctive sense of style spurred her to create. In 1969 she was inspired by a silver flower vase she’d found at a flea market. After making some sketches she took her idea to a silversmith in Spain to bring it to life. That miniature sterling silver vase pendant worn on a leather cord appeared at a Sant’Angelo runway show with a rose stem inside, and caught the eye of every trendsetter in town.

Peretti then began to create jewellery and objects for Halston who connected her with Tiffany & Co. with whom she inked a deal in 1974, and the rest as we always say, is history.

Peretti did more than design jewellery; she had invented a new language of style.

As a model she was one-of-a-kind. As a jeweller she was revolutionary. As a philanthropist, she was unstoppable. In 2000, Peretti started the Nando Peretti Foundation in honour of her father. Benefiting the environment and wildlife conservation, as well as humanitarian programs, the organisation has reportedly donated approximately 42 million euros to 852 projects worldwide in over 15 years.

Today it’s been renamed the Nando and Elsa Peretti Foundation and the work has included restoration of nearly half of all Sant Martí Vell over the 46 years since she set foot into the village. For her contribution here, in 2013, she became the first non-Catalan person to receive the National Culture Award by the National Council for Culture and the Arts, an accolade which she added to a long list of awards she’d received throughout her 50-year-long career.

Tiffany & Co. ended its statement with: “Elsa’s poetic designs and legacy will remain a constant inspiration for generations to come. Our hearts go out to her family, friends and family of artisans and craftspeople who realized her fantasies, she will be deeply missed by all of us at Tiffany & Co.” but the sentiment is shared by everyone who wears an Elsa Peretti design, from the simplest silver pieces to the most elaborate gold and diamond creations.

Peretti’s relationship with style and the natural world was profoundly personal and strongly reflected in her creations. Embodying an otherworldly timelessness, here are some of the most recognisable designs made in her lifetime.

One of Peretti’s earliest designs, this iconic piece was inspired by the human bones of monks she saw inside a 17th century church.

With a tilted orientation, the idea for this collection came from the works of artists such as Henry Moore and Alexander Calder.

The dramatic effect of this choker mirrors that of other statement pieces such as the mesh scarf or snake necklace.

Peretti’s relationship with style and the natural world was profoundly personal and strongly reflected in creations such as this free-forming necklace.

As memorable as it is timeless, the Mesh Scarf collection includes earrings and bracelets, with the necklace especially popular among celebrities.

Elsa had always been inspired by nature and lived her life dedicated to giving back to the world from which she drew so much inspiration. Representing the ebb and flow of the sea, the High Tide design emphasises the simple beauty of nature.

Peretti explored nature with the acumen of a scientist and the vision of a sculptor. The Starfish was one of her earliest designs, and remains one of the best loved today.

The design for this piece came to Peretti when she was at her private residence in the Catalonian village of Sant Marí Vell, Spain.

Peretti’s designs are on permanent exhibit at the MoMa, British Museum and Boston Museum of Fine Arts. The Snake design is articulate and flexible, yet streamlined and modern.

Fine fluid chains interspersed with round, bezel-set diamonds like shimmering water droplets. This collection has a timeless quality like no other.

Tiffany & Co. will now tell you where your diamond comes from, and where it was crafted 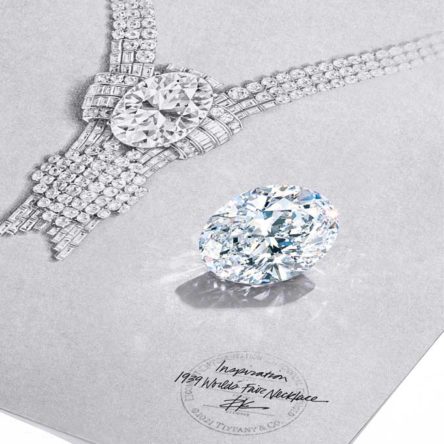 What Tiffany & Co. intends to do with this 80-carat diamond might surprise you