Kenneth Branagh’s Death On The Nile comes to our theatres this December and we’ll be watching it for these three things. First, it’s an Agatha Christie murder mystery—who’ll say no to that? If it’s anything like 2017’s Murder On The Orient Express it’ll be well worth the popcorn calories.

And honestly, in a travel-parched year such as this one, for the sake of our mental health, we’re only too happy to be whisked away to be surrounded by pyramids in the Egyptian desert even if it’s just for two hours. Click here to play the official trailer.

Next, the cast. Branagh reprises his role as Hercule Poirot—gotta love that ‘stache—and he’s met by a star-studded band of impeccably dressed suspects.

Mackey, who was last seen in the British comedy-drama Sex Education, opened the movie trailer. This is her first big screen project after the Netflix sleeper hit and we can’t wait to watch her performance as Jacqueline de Bellefort in DOTN.

But other than the promise of a good movie, there’s one other reason not to miss this thrilling whodunit:

The incomparable 128-carat Tiffany Diamond made famous by Audrey Hepburn, and last worn by Lady Gaga at the 91st Academy Awards.

Here’s a picture of said diamond worn by Gal Gadot in the movie, where she plays the role of Linnet Ridgeway Doyle.

Except that that necklace was a replica made for the film, rather than the real thing, which is said to be worth a cool US$30 million. But who knows, if DOTN wins an Oscar, maybe she’ll get to wear the actual Tiffany Diamond on the red carpet. Fingers crossed.

Discovered in the South African Kimberley mines in 1877, it’s one of the world’s largest and finest yellow diamonds.

Tiffany & Co. founder Charles Lewis Tiffany acquired the rough stone for US$18,000, shipped it to Paris, and had it cut into a cushion-shape brilliant. If you’ve seen the stone, perhaps at one of Tiffany & Co.’s exhibitions around the world, you’ll notice it’s extra sparkly.

Here’s why: It features an unprecedented 82 facets, 24 more than the traditional 58-facet brilliant cut. And it was cut to enhance its radiant colour rather than size.

Along with the Tiffany Diamond, other Tiffany & Co. creations are worn throughout the film, such as the East West Watch you’ll see on Armie Hammer’s wrist. Given the glamorous setting, we’re also keeping our fingers crossed and eyes peeled for the Tiffany & Co. Schlumberger collection.

Come October, Tiffany & Co. stores and websites will highlight its passion for and expertise with yellow diamonds, as well as the exceptional pieces featured in the movie. At selected stores, you’ll find a curation of Death On The Nile-themed diamond jewellery including one-of-a-kind high jewellery pieces, Tiffany & Co. Victoria, and Schlumberger designs.

“The Tiffany Diamond is a priceless symbol of the highest standards of virtuosity and craftsmanship at Tiffany, and rarely makes an appearance beyond its vault,” said Reed Krakoff, chief artistic officer. “A central role in the adaptation of Agatha Christie’s classic novel is deserving of our priceless diamond.”

Ah, so it appears that the diamond might have something to do with the murder. Colour us intrigued.

Death On The Nile premieres in Singapore on 18th December 2020. 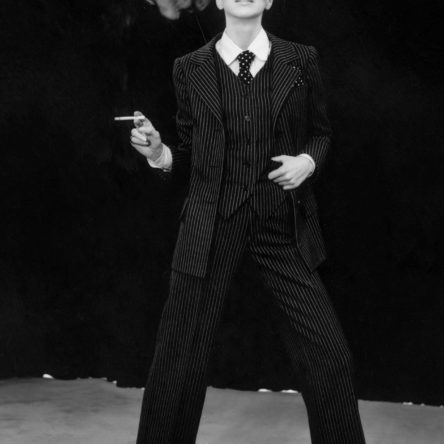