Bauhaus—the German art school known for its use of geometric shapes, sharp lines and pops of colour—may be 100 years old as of last year, but it remains as current as it was a century ago. From David Bowie’s Ziggy Stardust jumpsuit to the Ikea flat-pack furniture in our living rooms, elements of the Bauhaus ethos have worked their way effortlessly into our lives.

Beyond an aesthetic movement, it is the Bauhaus’s experimentation with colour and geometry that we most readily recognise today. Not least because it has regularly been transposed onto the catwalk. Think of Jonathan Saunders’ interlinking shapes and bold lines in his SS05 collection; Roksanda Ilincic’s signature use of primary block colour; and Mary Katrantzou‘s incorporation of Bauhaus posters in her AW18 collection. Elsewhere, Hugo Boss’s AW15 collection featured checks inspired by the wall hangings of Anni Albers; while Paul Smith has also been drawn to the textile artist’s work. “What [the Bauhaus] tried to establish through artists like Paul Klee and Wassily Kandinsky was this idea of essential forms, and colour relations,” explains Grant Watson, co-curator of Bauhaus Imaginista, a major exhibition marking the 100th anniversary of the art school at Berlin’s Haus der Kulturen der Welt.

The Bauhaus was also concerned with functionality and simplicity of form. “The early Bauhaus was very expressionist. Later on, it became more of this functional aesthetic, stripping down to a set of essentials,” explains Watson. These clean-line principles inspired some of the most influential fashion designers of the 1960s, including André Courrèges, Mary Quant and the celebrated minimalist Jil Sander. “My roots are in the Bauhaus movement, which applied functional rationality to the design of practical everyday life,” Sander told Vogue’s Suzy Menkes in a 2017 interview. “Streamlined beauty, clear structures, reduction to the essential and free movement.”

The interdisciplinary approach of the Bauhaus, which saw the blurring of boundaries between art, architecture and design, is also one that has been adopted by the fashion world. Hussein Chalayan, for example, is known for merging art and technology, echoing the work of Oskar Schlemmer, a key figure from the Bauhaus theatre workshop, with his dramatic catwalk designs.

As Bauhaus turns 100, three top fashion designers tell Vogue how the movement has influenced their work.

“Bauhaus has been a huge influence, particularly with colour blocking which I’ve been using ever since my first show. Artist Josef Albers is always on my mood boards. His use of colour always draws me to him, particularly the way he juxtaposes colours that we don’t see could go with each other. It is this experimentation with colour, the pushing the boundaries of what is harmonious and what is not, that I aspire to.

“Architect Mies van der Rohe is another one of my great idols. I discovered him as a student and absolutely fell in love with his work. The fluidity of his architecture, the way that he designed houses that were beautiful—very airy on the inside, protective on the outside—these elements exist in my work. At the beginning of my career, I was designing drape dresses made out of fluid fabrics with this type of architecture in my head.”

“I became aware of the Bauhaus when I was growing up in Nottingham. Students from the local art college told me about ‘the Bauhaus’; I thought it was a council estate at first! The beginnings of my career can really be traced back to those conversations.

“There’s a practicality and functionality to the work [of the Bauhaus] that is very important to what I do. I also love the idea of the creative collective and the collaboration that the Bauhaus celebrated. Working together, sharing ideas and taking inspiration from all the various fields that they covered.

“It was my collection for AW15 that most directly took inspiration from the work of artists Josef and Anni Albers. More recently we worked on a small collection inspired by Anni’s textiles to coincide with the exhibition that opened in Tate Modern. One of my major considerations was respecting Anni’s amazing history of weaving and making sure my designs represented her work in the most sensitive and accurate way possible.”

“As a school of thought, Bauhaus epitomises how designers think about design in today’s world. I think fashion, as an applied design discipline, has to always find an equilibrium between creativity and commerce; looking at the functionality of design, while communicating something for our times. That is as relevant today as it was then.

“For AW18, I was looking at incredible Bauhaus posters and images, and I found Bauhaus-ims in my past work. There was this picture of figures wearing different geometric shapes, which reminded me of silhouettes I’ve played with in the past, like the lampshade skirts from 2011. In my AW18 collection, Bauhaus represented this purity of form, the pragmatic nature of design and how that directly translated into fashion. Graphically, we looked a lot at Bauhaus posters, the utilisation of geometry, which we translated as knitwear.” 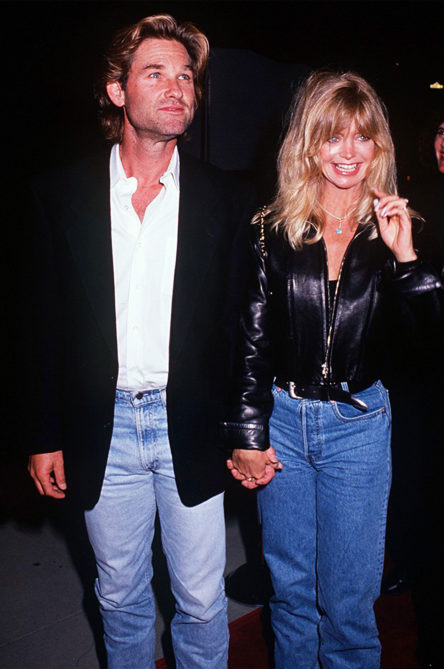 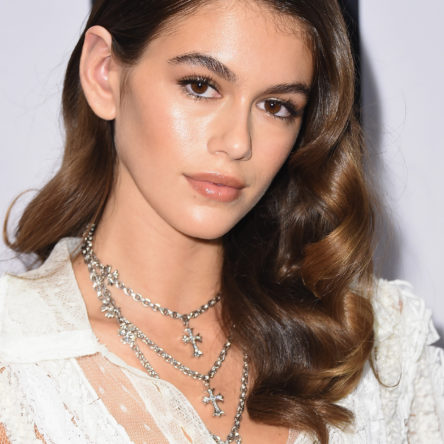 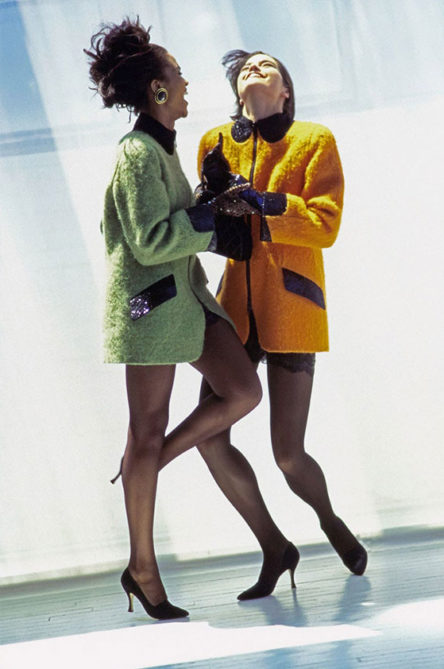 Vogue’s fashion encyclopaedia: Everything you need to know about the stiletto