Peng Tai has always been closely attuned to the relationship between man and nature. So much so that he built his entire label on that ethos. “The core of Peng Tai is the balance between nature and humans,” the designer says. “We are never restrained by one aesthetic only; instead, we want to show the variation of this relationship with time and environments.”

Peng, who grew up in Taiwan, graduated from the London College of Fashion (LCF) in 2017, where he got his master’s degree in menswear. Upon graduation, he moved to Paris with his wife, Isa Kwai, who does double duty as his muse and atelier manager. “After I graduated from LCF, I made some garments for Isa and we received quite positive feedback from buyers,” he says about establishing his brand. “Due to this, we thought it was a good start and we could give it a try.”

Today, Peng Tai is carried in 23 cities worldwide, among them Singapore, Beijing, Shanghai, Tel Aviv, Tokyo and Ho Chi Minh City. It’s a testament to the label’s international appeal and the designer’s global upbringing. Peng lists Taiwan as the place where he learned his basic techniques, such as pattern cutting, draping and sewing skills, while London “is the place that liberated my thoughts; it gave me lots of freedom”, he says.

But it is his chosen home of Paris where he feels the most inspired. “Isa and I are deeply affected by the pace in Paris. We always go to galleries, drinking and enjoy the sunset along the Seine in our spare time. I think it might be the reason why Peng Tai has an image of romanticism.”

This romanticism comes through in both form and function in his clothes. Think intricately pleated tops reminiscent of the Edwardian era, gauzy tea dresses, and structured dresses with exposed seams and raw hems. One has the impression that it would all unravel at the slightest touch—and this is, perhaps, the result that Peng is going for.

Where his genius really comes through is in his homage to his Chinese roots. Drawing on the principle of the five elements in Chinese culture—earth, wood, metal, fire and water—and the belief that balance can only be achieved when all five elements are in harmony, Peng takes this concept and expands upon it in his collections. “We put this idea into the process of making our garments. For example, metal is for sewing, water is for washing, fire is for dyeing. If we balance each stage during the process, we can make a garment better.”

Further tying in his Chinese heritage, Peng also employs a unique technique that is a signature of the house. “In our signature dyeing technique, what we use is Chinese herbal medicine as a dye, which is relevant to the idea of balancing,” he says. “Its goal is to heal the human body by making the energy equal between different organs, not like giving an injection or an operation. It takes time and lets the body return to a state of well- being naturally.”

The themes of his collections also draw on the elements for inspiration. Starting from 2019, Peng embarked on a personal three-year project to base his collections on a single element. Rather than taking it at face value, the season’s element will also impact the creation of the collections technique-wise, which are made in his atelier in the 11th arrondissement. Having already taken on wood and metal, his next collection will take on the most malleable of the elements: water. “We developed a new way to create embroidery and a new process of weaving with water,” the designer teases of his new collection.

But while Peng’s operation is based in Paris, Asia is never far from his mind. With the bulk of his stockists in the region, he is aware of the growing demand and support of the Asian customer for Asian designers—which is something he sees as inevitable.

“Asia has too much history and cultural aspects waiting for designers to dig deeply and find their own way to transform and carry it forward,” he explains. “It is time for us designers to put it into practice.” 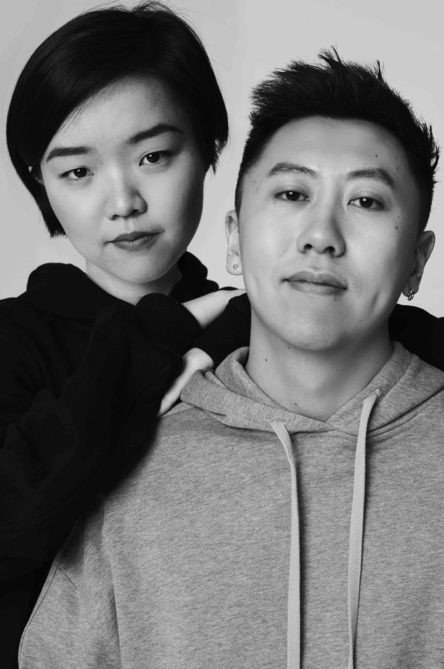 The new vanguard: Haoran Li and Siying Qu of Private Policy are bringing political advocacy to the runway 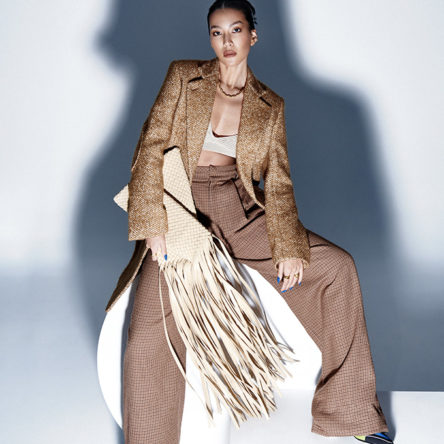 From runway to augmented reality: Molly Chiang shows us how to style the Chloé coat