When Haoran Li and Siying Qu found themselves serendipitously stationed next to each other in the hallowed halls of The New School’s Parsons School of Design, little did the aspiring fashion designers know that the friendship forged from late nights and intense conversations would galvanise into the Private Policy we know today.

“Towards the end of graduation, we got some press through awards—like Style.com back then—and then one day Haoran said, ‘Hey, do you want to start a brand together?’ And I replied, ‘Sure, why not? Sounds great. Let’s do it’,” Qu says with a smile. “It’s been almost five years since we made that decision.”

Li and Qu were born in China—Qingdao and Qinghai, respectively— before moving to the United States, and have described themselves as “third-culture kids”. The spirited duo have certainly had a global upbringing. They received their education in China, with Li going on to Canada for high school, before both ending up in New York City to pursue an education in fashion design.

“My family is really supportive,” Li says, when I asked if they gave him the encouragement to be a designer. “And because they all have this background in art, I feel that’s why they were so supportive for me to do what I wanted to do, and I feel really grateful for it.”

Similarly, Qu expresses nothing but gratitude for her family’s blessing to pursue design as a career. “Even with family members like my grandma, who probably may not know much about business or fashion,” she explains. “But she said, ‘Oh, take your time you guys, you put in the work and you will get your reward’.” Qu smiles. “That’s so rare to hear from Asian family members. So, I think we’re really lucky.”

Lucky barely seems to be the right word when you think of the hard work that goes into building a brand, but it sounds about right when you hear the story of how Private Policy got its name. Right after their decision to start a label together, the intrepid partners set about doing their market research with gusto when they realised they didn’t have anything to rally their collections under.

“I remember it was in my apartment, at the kitchen table,” Qu says. “We were trying to find a name; just researching all these names—and we were these two design students trying to be super business-oriented.”

She continues: “We wanted a name that wasn’t mine or Haoran’s combined, or some sort of personal names because we wanted the brand to truly be like a community.”

And as luck would have it, the partners noticed that the phrase ‘privacy policy’ popped up regularly on all the websites they would visit. “We never noticed that it’s a quite interesting aspect of a modern lifestyle, a modern world of websites that they have this privacy policy,” Qu explains. “So, we kind of twisted the word [for our brand name] and it became Private Policy.”

Social and political issues were built into the DNA of the brand right from the start, as Li tells us. Previous collections have tackled issues as varied as enslaved fishermen in Southeast Asia, globalisation and pharmaceutical concerns. “Every season, we focus on a different event and try to see it as [a press opportunity] to bring awareness of these different events to more people,” Li says.

“We want to explore and to bring out more social and political events from our community to more people; to let more people learn about different cultures and what’s happening around the world”—Haoran Li

Lest you think this a passing trend that the designers are hopping on to, Qu cites Vivienne Westwood as a brilliant example of a fashion designer who consistently merges the personal and the political on the runway.

“Haoran and I found that we were more interested in all these news events and different things that are happening around the world,” she says. “And then we thought to use fashion to translate it like any other concept. That’s how our brand has been able to keep a genuine interest and reflection of what’s going on in our society since the beginning.”

As I’m writing this, Li is in Shanghai exploring business opportunities for the label, while Qu is in New York working on their next collection. Is there a possibility of them returning to their roots in the near future, I wonder aloud in our interview?

“We want to continue to really push our concept even more going forward,” Li says. “We want to explore and to bring out more social and political events from our community to more people; to let more people learn about different cultures and what’s happening around the world. That’s what Private Policy is really about and this is what differentiates us.”

And as modern Chinese designers representing Asia on the world stage, they are cognisant that they are vital in leading the charge amid a renewal of talent in the industry. “I think it’s a really great moment right now for Asian designers,” Qu muses.

Where Asian predecessors were eager to break into the American or European markets, Li and Qu have noticed that new design talent from Asia are more aware of the power of local markets.

“A lot of Asian designers are—same with ourselves, really—taking on the power and then selling to customers from our own country or in Asian countries that we’re familiar with. So, I think that’s quite an empowering moment right now. And we’re quite excited about that.” 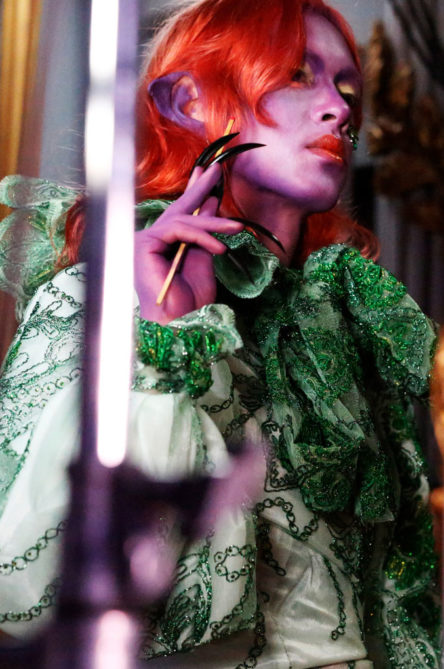 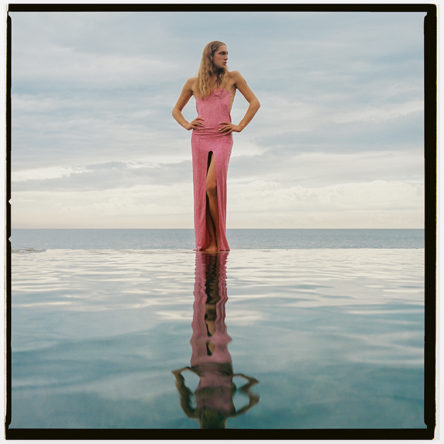 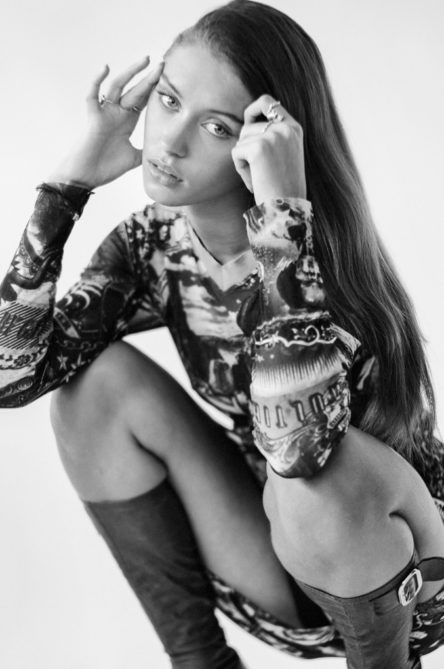