For French fashion designer Nicolas Lecourt Mansion, clothes—often bedecked in crystals and cut from sumptuous fabrics—are wearable manifestos that subliminally communicate her socio-political beliefs. Case in point: in February, during Paris Fashion Week, as the winner of the prestigious ANDAM Prize in the creative label category, the 27-year-old was invited to the Élysée Palace to meet President Emmanuel Macron. She wore a white leotard from her SS20 collection emblazoned with illustrations by artist Vava Dudu in the French tricolour of blue, white and red. While it may not seem like what Mansion describes as her most political outfit to date, on closer inspection, at its waistline read the phrase ‘elle n’est pas présentable’ (she is not presentable).

“I wanted to instate my place as a French citizen and as a trans woman,” Mansion tells Vogue. “Minorities such as myself are seen through the gaze of modern society as having been born wrong, especially in politics—I was only in the president’s house because I was a designer, but would I be welcome if I was a politician? This was my way of saying that trans people can speak for themselves and their community.”

As her eponymous label enters its third year and having already dressed the likes of Kendall Jenner and Lady Gaga, Mansion shares her thoughts on how we can better amplify trans voices and reveals her plans for the future of her business.

When did you decide fashion design was the most effective way of expressing yourself creatively?
For as long as I can remember I’ve drawn clothing and dressed up. I grew up in Strasbourg, where Thierry Mugler was born, and then I studied at Atelier Chardon Savard, Paris. Fashion is a living performance; a piece of clothing is a message—it’s speaking to other people without opening your mouth. For me, making clothes is like creating a language.

Who are the designers you look up to?
We have so much to learn from Azzedine Alaïa—the way he personally constructed each garment and worked to his own schedule, rather than conforming to fashion-week deadlines. I want to take those lessons from Alaïa and adapt them to 2020; to meet the needs of buyers and clients I’ll work within the fashion calendar, but find a way that also works for me.

For instance, it didn’t make sense to show a ready-to-wear collection in September in the middle of a pandemic. Designers are always in such a rush; always looking to create something new or keep adding to a collection. Sometimes we need to take a step back.

Has lockdown made you rethink your business strategy?
I reached a decision to reduce wholesale because, in my case, it makes it more difficult to expand because you have to produce minimum quantities. Instead I’m focusing on producing custom designs in my Paris studio and developing new patterns for ready-to-wear pieces that I’ll produce in France and Italy. I’m also working on upcycled and collaborative unique pieces, like I did with Vava Dudu—garments that become conversations with artists. I bought a lot of tops from a couture embroidery studio that recently closed. They took weeks to embroider with crystals—I’m modernising them and making them live again.

By making fewer pieces and taking more time to develop them, even though the production costs will be higher, I can keep the retail price down because I’ll deal directly to customers and select stores.

From Christine and the Queens and Mati Diop to Lady Gaga and Kendall Jenner, you’ve quickly established a loyal following. How did some of these relationships come about?
Chris and Mati know exactly what they want because they’re artists. They have their own style and want to feel empowered and comfortable, as well as delivering a message through what they wear. It’s quite political to be working with someone like me, a young designer who isn’t a big name, when they could be dressed by anyone. With Kendall it was different—she picked up one of my corsets in a shop in LA and before that she was styled in one of my dresses.

What can Nicolas Lecourt Mansion bring to the fashion industry that it is currently lacking?
Magic in fashion has become rarer. A few designers and most of the couture houses are still working in a discreet, more personal way. What I really want is to create a strong visual identity that reflects my political and sociological beliefs. Feminist topics are often at the heart of my collections—AW19 was called ‘Rule’ and looked at the feminine power of witches and witchcraft—why were women, who were such powerful and important figures in society, villainised and burned at the stake.”

How are these feminist messages manifested in you designs?
It’s always subtle. The voodoo practitioner Marie Laveau [1801-1881] was an important reference for ‘Rule’ and the colours in the collection were informed by portraits of her. Meanwhile, AW20 was based on research into the [notorious witchcraft trials in France in 1634 known as the] Loudun possessions, which led me to think about the concept of hysteria—the scalloped edges of the garments were [a nod to] scientific analysis of hysteria and the machines used measure brain activity.

When you met the French President Emmanuel Macron in February you took the opportunity to campaign for trans visibility. What can the fashion industry, and society more broadly, do to better amplify trans voices and be truly inclusive?
Right now ‘including’ trans people in fashion means casting them in a shoot to fulfil a quota. This is what needs to change: we need more trans creatives, decision makers, directors. I believe fashion needs to reflect society and it has the potential to have a huge social impact. Look how the community came together in the early years of the HIV/AIDS epidemic in the 1980s and 1990s

At the end of the day fashion design is essentially stitching pieces of fabric together and all that matters is sizing, not gender. What I do is very sexy, sparkly, it speaks to flamboyant people. I need to produce these corsets, skirts and dresses for women, men, trans people—whoever—in every size because that’s inclusivity. Inclusivity needs to move beyond marketing, everyone should be included in my designs—we all need to get dressed and we all deserve to look fierce. The most stylish people don’t fit beauty standards, they redefine them. 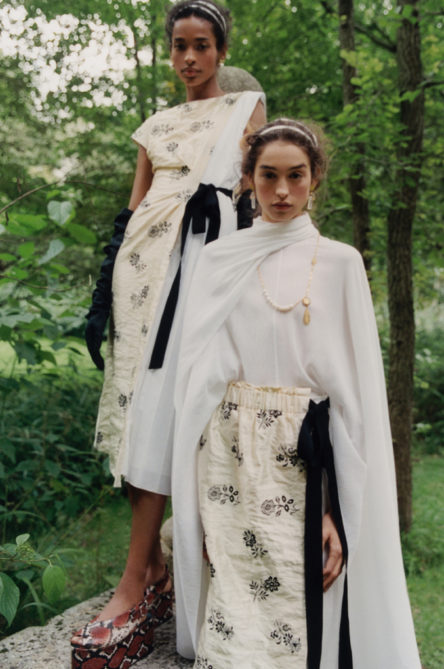 “Now is about taking action”: Erdem on the need for more diverse casting and the trinity of muses who inspired him for SS21 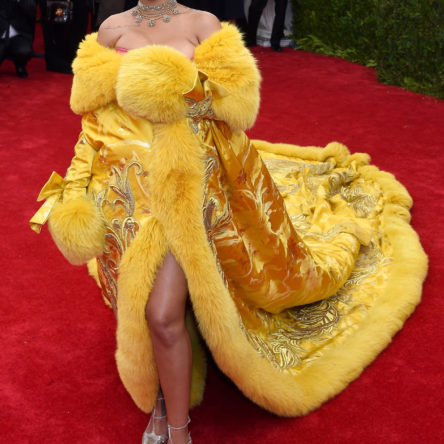