A year ago, Hollywood ground to a standstill. And for the next six months the same joke was made over and over again: that the only two films that would be eligible to vie for the Best Picture Oscar come 2021 would be Sonic the Hedgehog and Birds of Prey.

Luckily, in the end the field turned out to be more diverse than that, in every sense of the word. This year’s slate is a record-breaking one, with six of the 20 acting slots filled by Black performers, the first-ever acting nomination for an Asian-American actor, and—for the first time—two female directors in the running for Best Director, including one woman of colour (and we’re pulling for you, Chloe Zhao).

Nevertheless, if numbers mean anything it’s unfortunately more that the most mainstream, milquetoast films will walk away with the top prizes. Mank leads the pack with ten nominations, with The Trial of the Chicago 7 not far behind with six. But it’s still anyone’s game; it’s not like there hasn’t been a last-minute upset before. That being said, for every surprise name called out when Priyanka Chopra and Nick Jonas took to the stage to announce this year’s potential winners, there was a contender who was decidedly benched. Here, we recount just a few of each.

Delroy Lindo gave a scorching performance as haunted Vietnam vet Paul in Da 5 Bloods, but it’s possible the Academy’s memory was just too short this time around. (His costar, Chadwick Boseman, wasn’t recognised for his turn in the flick either, but was given a nod for his performance in Ma Rainey’s Black Bottom.) That’s true across the board for Spike Lee’s war picture; Da 5 Bloods failed to garner any nominations other than Best Score. After six nominations and one win for his last venture, BlacKkKlansman, it was perhaps too much to be hoped that Lee would be permanently welcomed into the notoriously conservative club that is the Academy. However, this doesn’t make this oversight anything less than one of the most biggest and most egregious snubs of this season.

Close is a national treasure, but that doesn’t make it any less of a shock that she was recognised with a Best Supporting Actress nom for her role as Mamaw in Ron Howard’s widely panned Hillbilly Elegy. The adaptation of J.D. Vance’s memoir was clearly primed to be a path to the gold, not only for Close, who has never won despite seven previous nominations, but also for costar Amy Adams, as Vance’s unstable mother. Instead, Hillbilly Elegy was called “inauthentic,” “poverty porn,” and “one of the worst movies of the year.” As critics have pointed out, it’s rare that an actress receives nominations for a Razzie and an Oscar in the same year, and rarer still that it’s for the same performance. Close, however, has managed the feat. It’ll be next weekend before we know which trophy, if either, she’ll walk away with.

Just because something’s inevitable doesn’t mean it hurts any less. Despite two searing performances in 2020, in The Invisible Man and Shirley, Moss will have nothing to show for it by way of Oscar glory. All this despite both films being critically lauded—and The Invisible Man being a success at the box office, too. The quieter, more insidious Shirley may not have played in as many theatres, but it has some of Moss’ finest work to date in it. The actress doesn’t so much play the title role of real-life horror writer Shirley Jackson as she does slip feverishly into the character’s treacherous skin and take it for a hallucinatory gambol. But Moss seems destined for a place of pride in the “deserving but perpetually overlooked” actors’ club; she was ignored last year, too, for a stellar performance as an addled punk rocker in Her Smell. Fingers crossed that 2022 might finally be Moss’ year.

It should be clarified that not all Oscar surprises this year need be nasty. Exhibit A: we can now call Eurovision Song Contest: The Story of Fire Saga an Academy Award-nominated film. The recognition of “Husavik” as one of the year’s Best Original Songs was an extremely pleasant bombshell. It’s not often that the Academy stoops to nod to anything comedic, but at the climax of what is otherwise a very silly movie, “Husavik” is an incredibly sincere ballad to realising that your first love will always be your hometown. Sung by Will Ferrell and Molly Sandén, “Husavik” is also the tune that wins Icelandic duo Lars and Sigrit (Ferrell and Rachel McAdams) the hearts and minds of the world, if not the Eurovision trophy. Life may imitate art in this case, as it’s unlikely that the song will beat out contenders from big, serious dramas like The Life Ahead and One Night in Miami. But it’s as the losers always say—an honour just to be nominated.

Speaking of One Night in Miami, the idea of three female directors nominated for an Oscar in one year was apparently a dream too far. One Night in Miami, set in 1964, imagines Malcolm X, Cassius Clay, Jim Brown, and Sam Cooke coming together for a conversation. The Amazon Studios release picked up strong buzz coming out of last year’s Venice Film Festival, with particular praise for King’s direction. Her first time in the film director’s chair after a string of successful single-episode television gigs, One Night in Miami has proven to be able to go the distance in other ways, picking up nods for Best Supporting Actor and Adapted Screenplay. But Best Director (and Best Picture) was seemingly never going to be a part of the conversation, despite the Academy usually loving an actor-turned-director. Had she been nominated, King would have been the first Black woman ever recognised for Best Director.

It’s not a surprise that LaKeith Stanfield was nominated for his role as Judas and the Black Messiah‘s FBI plant Bill O’Neal. It’s rather an upset, instead, that he was nominated as Best Supporting Actor—and that he’ll be facing off against his costar, Daniel Kaluuya, who played Black Panther leader Fred Hampton. If neither Judas nor the Black Messiah is considered by the Academy to be the movie’s lead, then, who is? The actor was campaigned as the film’s lead actor all awards season long—O’Neal is, by any definition, the movie’s protagonist. Stanfield took to Instagram after the nominations broadcast to announce that he was “confused too.” The nomination is also a surprise after a relatively dry season for Stanfield, as the actor failed to cinch a BAFTA, SAG, or Golden Globe nomination. Judas and the Black Messiah will make history whether or not Stanfield or Kaluuya win the top prize, however, as it’s the first film in the Academy’s 93-year history to boast a team of all Black producers.

SNUB: Boys State, Dick Johnson is Dead, and Athlete A...

…and Feels Good Man, and The Dissident, and The Truffle Hunters, and The Bee Gees: How Can You Mend a Broken Heart. You may as well call this entry on our list “a whole mountain of other deserving docs.” Only five features ever get nominated to this category, but that doesn’t make it any less of a stinging indictment on the Academy’s taste that buzzy (and excellent) documentaries failed to gain a nod. Dick Johnson is Dead was an instant classic for any doc-lover when it dropped on Netflix in January, with its delightfully macabre reimagining of the many (often violent) ways an old man might perish while also dying of dementia. Boys State, on the other hand, was a no-nonsense look at what happens when a group of discerning teens come together to build a government from the ground-up. And Athlete A was a meticulous deconstruction of the breaking of a sports scandal decades in the making, in the vein of the real events that inspired Spotlight. But the past year has been—to each film’s detriment—just too good a year for documentaries.

Riz Ahmed is the first Muslim actor to ever garner a nomination for Best Actor, and deservedly so. Sound of Metal was, and is, the very definition of an indie darling, with a box office return in the low six figures, so it’s gratifying to see it doing so well on the mainstream awards circuit. At the Oscars alone, it will be fighting for Best Actor, Best Supporting Actor (the wonderful Paul Raci), Best Picture, and three other awards. Ahmed plays Ruben, a punk-metal drummer and recovering heroin addict who learns fifteen minutes into the film that he’s losing his hearing. To prepare for the role, the 38-year-old British Pakistani Ahmed spent nearly a year learning American Sign Language and drumming. (His cousins were reportedly, and hilariously, less than impressed with Ahmed’s nomination.)

This snub wasn’t nearly so unexpected as the others on this list. Charlie Kaufman’s films tend to provoke one of two reactions—either a hailstorm of praise as a masterwork, or a gently bemused shrug. I’m Thinking of Ending Things was no different; plopped into Netflix viewers’ lives in the throes of the pandemic, the film’s twisting, dreamy, and unreliable narrative alienated a huge portion of its audience. Its screenplay is a subtle challenge, sometimes feeling more like a play than a movie (Buckley and Plemons spend a large portion of the film trapped in a car with one another, making meandering, philosophical conversation), and pervaded with a perpetual sense of unease that never quite lets you get comfortable. It refuses to explain itself, gorgeously so, and deserved acting and screenplay nods all round, but it’s a shame that the Academy has never been a fan of the strange and slightly off-kilter.

Or, to call it by its proper title, Borat Subsequent Moviefilm: Delivery of Prodigious Bribe to American Regime for Make Benefit Once Glorious Nation of Kazakhstan—and yes, Chopra bravely read out the movie’s full name during the nominations broadcast. This is an unusual case where a sequel outshines its predecessors, both in laughs, gasps, and genuine narrative, and the Academy has deigned to recognise that with two nominations. While Best Adapted Screenplay wasn’t entirely out of left field, as 2006’s Borat was nominated for—and lost–the same award, it’s hugely satisfying to see Bulgarian actress Maria Bakalova get her rightfully-deserved Best Supporting Actress nod. Bakalova, a virtual unknown when cast as Borat’s daughter Tutar, not only kept up with Baron-Cohen’s unscripted antics onscreen, but often magnificently outpaced him. Even if Bakalova doesn’t walk away with the statuette, she’s made a career out of this one performance alone. 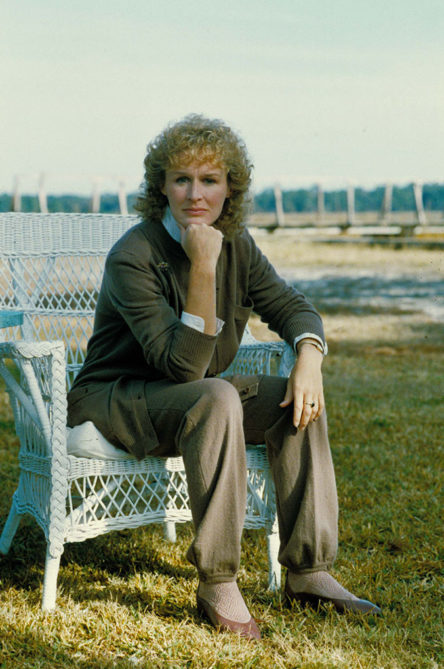 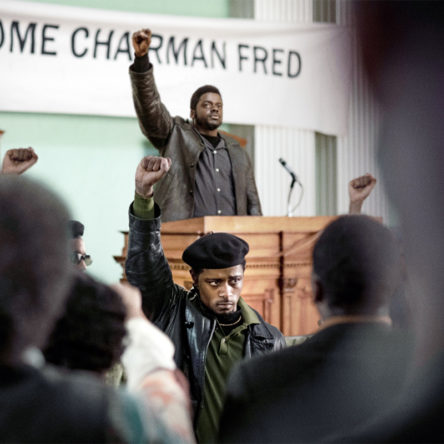 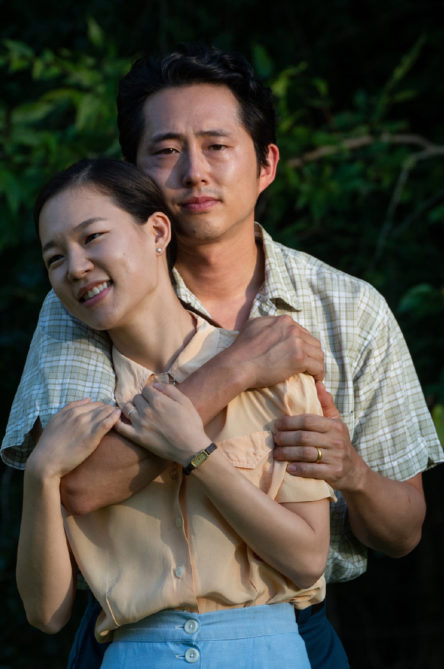