It’s a Friday afternoon in Dosan Park, a parcel of Seoul populated by smartly appointed boutiques and manicured men and women. In a private room on the second floor of Parnell, a shop-café with succulents in the window and superfood smoothies on the menu, I am waiting for Yeri Han, the South Korean indie-film and TV star who this month will make her Hollywood debut in writer and director Lee Isaac Chung’s deeply personal and semi-­autobiographical film, Minari. I have arrived 20 minutes ahead of our scheduled meeting, but Han, 36, slides into the room promptly at two o’clock with a casual bow. Dressed down in black leggings, a padded green coat, faded blue crewneck, a Champion cap, and maroon socks stuffed into white Nike sneakers, she smiles sheepishly, confessing she’s come from the gym. “My friend said to me, ‘You’re going to meet with Vogue; don’t you have to go home and change?’ But I thought,” she sighs and shrugs, “that’s so much work.”

She pours herself a glass of tangerine ginger tea and, since we’re in Seoul, where such things are possible—at least when this piece was reported—removes her face mask and lets it hang around her neck on a length of seafoam-green cord. She sits beautifully erect, with the same graceful bearing she possesses onscreen, a remnant of the traditional Korean dance training that first led her to acting as a college student. Han grew up in Jecheon, a scenic resort town two and a half hours southeast of Seoul, where she spent her childhood exploring the network of lakes and pine-covered mountains. “In winters we went sledding in the hills; in summers we went to catch frogs by the water,” she says. “Perhaps because I was able to spend the days of my youth like that, I was able to draw on those memories for this project.”

In Minari—the film is named for a wild herb that resembles parsley and grows like a weed—Han portrays Monica, a young Korean woman whose husband, Jacob, played by Steven Yeun, drags his wife and two small children to a stretch of unsettled farmland in rural Arkansas. They are later joined by Monica’s mother, portrayed by industry veteran and national treasure Youn Yuh-Jung, whom Han affectionately refers to as sunsaeng-nim, the Korean word for “teacher.” “Among the crew, there were non-Korean immigrants and children of immigrants,” Han recalls. “They said that even though they couldn’t understand a thing”—much of the film is in Korean—“they still understood everything.”

Of the five main characters, Monica struggles the most with life in Arkansas. “Jacob found his dream in America. Monica didn’t have a dream; she simply came with him because of love,” Han says. She drew from stories of immigrant wives in the ’70s and ’80s, particularly of Korean women who left their own families behind, never to rejoin them, and were expected to be subsumed by their husbands’ families. The character initially existed only as loose brushstrokes in Chung’s script. But with Chung’s encouragement, Han fleshed out the role into something powerful yet restrained, calling upon the shape of her mother, her aunt, and her grandmother. “She is so talented and honest, and was able to communicate the depth, resilience, and power of Monica,” says Yeun. “She was always truthful as an actor, and I had ultimate trust in her.” The film, which is based partially on Chung’s life growing up on a farm in Arkansas, took home both the U.S. Dramatic Grand Jury Prize and the U.S. Dramatic Audience Award at the 2020 Sundance Film Festival. But it was Chung’s father’s appreciation of her performance that stuck with Han. “That was the most meaningful,” she says.

“To me, Minari asks, ‘What sort of land must people find in order to thrive?’ ” Han says. “In the end, a home can be made anywhere.” She has made her own in Seoul, where she lives in an apartment in the northeastern part of the city with her younger sister and spends her time engrossed in films and books—recently Christopher Nolan’s Tenet and Thoreau’s Walden—or practicing the Korean folk dances she learned as a child. When asked if she plans to capitalize on Minari’s success and shift her own home to the States, she shrugs. “I don’t want to plan too much. I just want to find good stories, good characters, and let things grow naturally.” A little like minari.

Minari is in theaters now, and is available to stream on A24’s virtual screening platform. 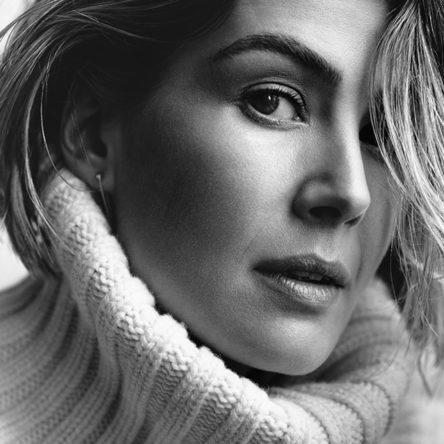