The fog machines at Rick Owens were pumping the scent of his new collaboration with Aesop into his show space at the Palais de Tokyo. Models also carried thuribles, modern mechanised versions of the censers that priests use to dispense incense in church. Owens was a Catholic school boy. In a pre-show interview, he talked about his upbringing: “thinking and talking about morality in school all day and studying Cecil B. DeMille’s 1930s Art Deco black-and-white interpretation of the bible,” by night. “That’s what formed me,” he said with a laugh. “I’m so transparent.”

Owens was after something a bit more solemn following his January men’s show, whose lamp helmets and zip-all-the-way-to-the-hairline hoods look aggressive a month-and-a-half later amidst the onset of war. He quoted from his press release: “During times of heartbreak, beauty can be one of the ways to maintain faith.” Swapping the anarchic for the elegiac, the acid bass artist Eprom was out too, and in his place Owens chose Gustav Mahler’s Symphony No. 5. Someone more knowledgeable about music than me said that Mahler composed it after a hemorrhage nearly killed him. The symphony also soundtracks Death in Venice.

There’s a connection there. Owens spent the pandemic in Venice, which isn’t far from his Italian factory. But analyzing and explaining his motives here is a little beside the point. This was a beauty of a Rick Owens collection, starting with a full complement of evening dresses, including a few Oscars red carpet contenders in “dusty sequins,” draped with evocative asymmetry from the shoulders and featuring collapsing volumes at the back or around the hips.

Cropped and shrunken jackets and lean and languid bias-cut skirts caught a bit of the Old Hollywood glamour also seen at Saint Laurent this week, but these weren’t in Cecil B. DeMille’s black-and-white. Owens combined peach and apricot, and a whole spectrum of oranges. The yellow and aqua blue pairings inevitably conjured visions of the Ukrainian flag.

In a season of strong outerwear, few pieces can rival Owens’s for audacity. There were puffer jackets whose sleeves extended to the ground, duvet jackets that curled around the torso like nautilus shells, and “Theda Bara” parkas with goat fur trim that look like commercial hits in the making. “I’ve been hearing people being apologetic for presenting fashion right now,” Owens said. “We’re an industry that has to support a lot of people, there’s no reason to make an excuse for that. We are people who express the best that aesthetics has to offer. And that’s of great social and cultural value.” He won’t get any arguments from this corner. 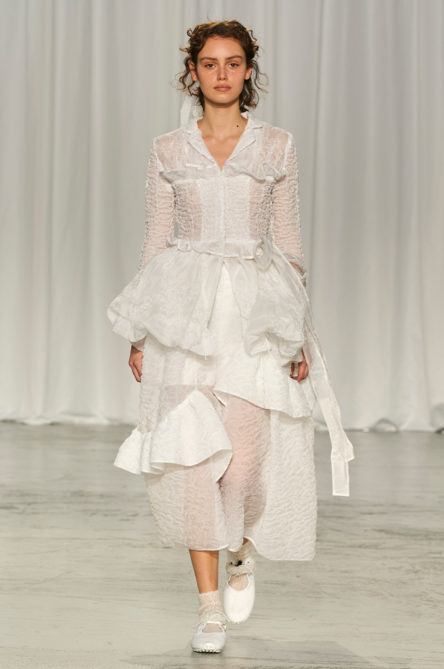 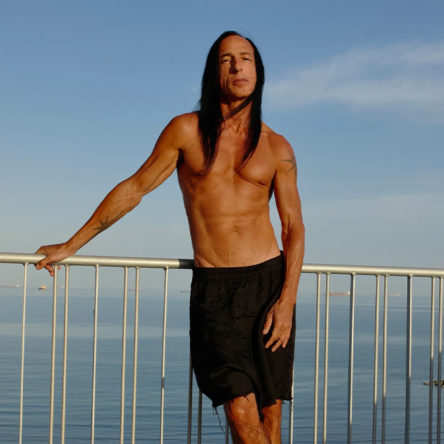 At home in Venice with Rick Owens

Every look from the Moncler + Rick Owens capsule collection 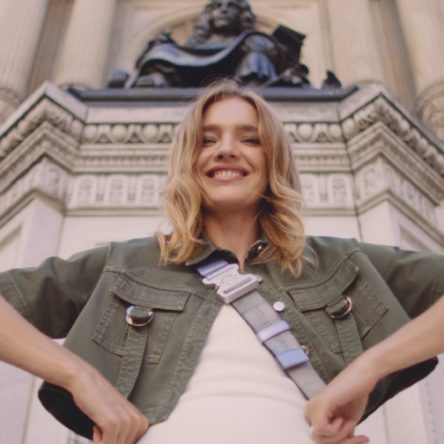