The oignon jamboree at Restaurant Euphoria is a perfectly-balanced masterpiece. First, there’s the onion parfait, crafted from simmering the juice of a handful of Cévennes onions and baked smoked eel, before infusing whipped cream and Riesling. Cushioning the glistening parfait is an onion puree, pickled pearl onions, onion broth, spring onion oil and lashings of Euphoria’s famed Légumes Essence. The dish is finally crowned with Oscietra Prestige caviar—only served at three leading restaurants worldwide, and exclusive to Euphoria in Singapore. It is this level of precision and brilliant combination of flavour, texture and finesse that makes the newly-opened restaurant on Tras Street one to watch.

Chef Jason Tan, who led Corner House to its first Michelin star when he was at the helm, has taken Gastro-Botanica cuisine to fresh heights at Euphoria. In 2014, he shook things up in the culinary scene when he created Gastro-Botanica, an original philosophy which takes the botanical elements of vegetables, tubers, herbs, spices and fruits and turn them into the soul of a dish. With Euphoria, he remodels Gastro-Botanica and places four key essences at the heart of it all, made from pure botanical extractions and reductions. Chef Jason uses 30 kilograms of over 30 diferent varieties of vegetables to extract two litres of essence—the Légumes Essence, Légumes vin Blanc, Légumes Emulsion and Demi Glace—which is then used to dress his delicate creations. A nod and departure from France’s five mother sauces indeed.

Take your pick from Euphoria’s six or eight-course menu—both menus will leave you satisfyingly full, but not overly so that walking it off is the only next option on the agenda. Chef Jason is a master of onions, which you will find in balanced proportions in most of his dishes. The Mochishire “Soupe la Oignon” features tiny doughy drops of heaven—a light cheesy bread on the outside and delectably sticky mochi-like texture on the inside. Inspired by the classic French onion soup, dip it generously in Chef Jason’s onion dip, which comprises caramelised Cévennes onions, olive oil and egg yolk.

Look forward to Euphoria’s Bomba Rice, a clever iteration that sits in between a Spanish paella and the Singaporean-favourite claypot rice. The rice is deglazed with white wine, before stock is added and the rice is oven-baked to give it that extraordinary crunch. Served in a thosai-like covering, the rice, alongside a beautiful combination of plancha-grilled mirugai (giant clam), capsicum and onion, is revealed when you unveil the top. Our other favourite? The patin fish is well steamed and seasoned, and is served alongside incandescent squid strips, savoy cabbage and topped with the Légumes Emulsion. Threads of tender fish strip away easily on your fork and melts in your mouth at first bite.

Chef Jason is full of surprises, even in the in-between courses. We were certainly not expecting a celery dish to show up to cleanse your palate before dessert. Imagine a tart granita, made from celery juice, lemon juice and sugar syrup in a bed of goma foam. The sesame is an interesting take and it has the makings of a dish which might polarise the table, but we thought the flavours melded seamlessly.

Euphoria’s space, inside a pre-war shophouse, is stunning. Designed by JTAW Design—Chef Jason and his partner Arissa Wang’s restaurant culinary design arm— it lends an abundance of natural light from the original air-well of the shophouse, now sealed with a glass roof. Alongside ground-to-ceiling foliage, sintered stone tabletops and subtle references to the onion throughout the restaurant, it is a calming, idyllic indoor garden where long conversations are encouraged. A good three hours is a pre-requisite for dinner here, because there’s no better place to sip, savour and be surprised. 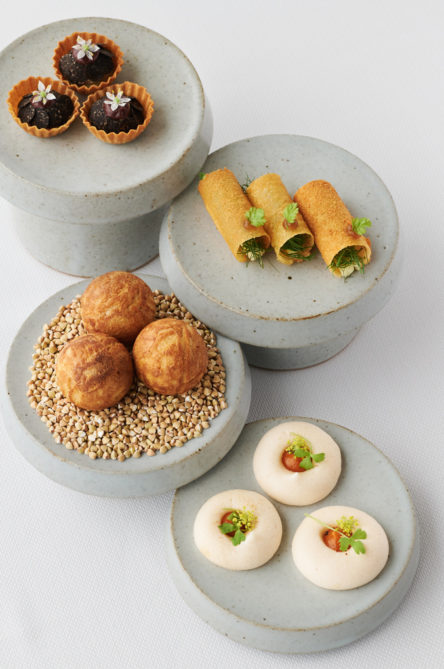 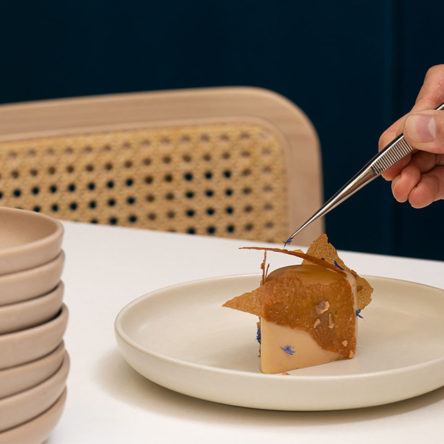 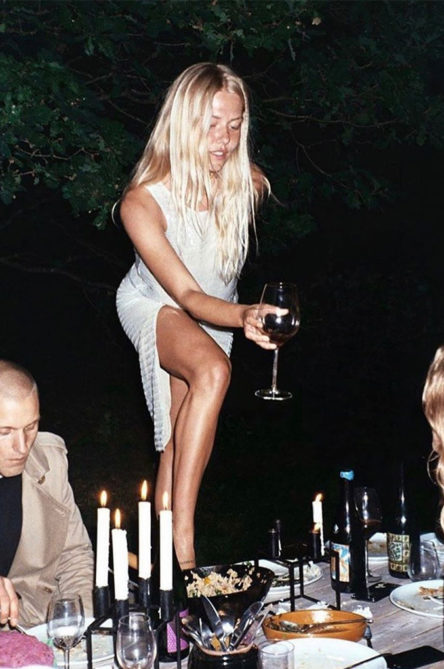 The best new restaurants to visit in Singapore: Lucali BYGB, Miznon and more 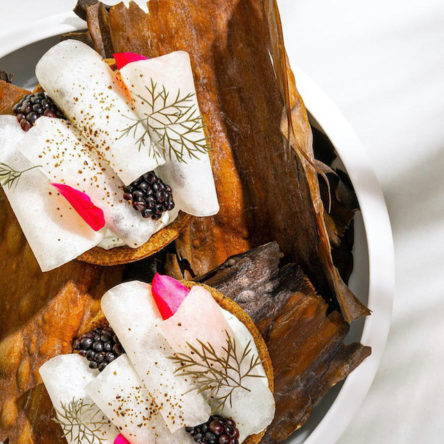