In an era where celebrity stylists are the invisible architects of flawless public appearances, Diana’s lifelong love of pink was far less engineered. It was her favourite colour—a partiality that, from the point that she ascended into public life, emitted an unassuming warmth.

At the tender age of 22 on the April 1983 tour of Australia (a page in history that underwent The Crown treatment), the princess’s mostly all-pink wardrobe was a palliative sweetener. Diana’s initiation to royal married life was tough, but she didn’t abandon her rose-tinted wardrobe refrain. Her sartorial choices in those early days read as an indicator of the humanity that would later define her legacy. There was an unapologetically feminine power to the acres of marshmallow taffeta that drew admiration from across the world and signalled a changing of the guard. The soundtrack to the times? Michael Jackson’s “Billie Jean” was parked at the top of the Billboard charts—its electrifying video showing Jackson outfitted in a blush-pink shirt against a bubblegum sky.

At varying times, Diana’s favourite colour coded moments of joy, steadfastness and growing self-assurance; at others, it beamed motherly love. In 1986, she was pictured sitting on the steps of Highgrove House, a toddler Harry protected between her gingham-clad knees, her eyeline fixed warily on the photographer. In later official appearances, exacting day-to-evening tailoring replaced flowing cerise gowns. There were knife-sharp suits and body-skimming shift dresses crafted by Catherine Walker and Versace (by then, the late former British Vogue deputy editor Anna Harvey had leaned in as style adviser)–but the adoration of pink remained. Remember the Gianni Versace double-breasted, cap-sleeve skirt suit? That happened in the spring of 1995—a ‘Roselette’ peony-hued look, which to this day remains nothing short of sublime.

More than 25 years on, the flowers that lend the most irresistible shades of pink their mythologised names offer a poignant insight. Diana’s blossoming was all too fleeting. “I had a fitting with her last week for new suits and clothing for spring, and she is so serene,” Versace said of his friend in the July 1997 issue of Vanity Fair, which featured the princess on its cover. Within just a few months of publication, both would tragically pass away. “It is a moment in her life, I think, when she’s found herself—the way she wants to live.”

Arriving in Dubai, United Arab Emirates, during the Royal Tour of the Gulf in March 1989, wearing a dress by Catherine Walker.

In 1986 at the start of a ski holiday in Klosters, Switzerland.

On a visit to the Theatre Museum in Covent Garden, London, in 1990.

Arriving in Sicily in 1985 during the Royal Tour of Italy, Diana wore a dress designed by Catherine Walker and a hat by John Boyd.

Wearing a pink sailor-style dress with a white collar and white mohair cardigan while pregnant with Prince Harry in 1984, attending a polo match at Guards Polo Club in Windsor, England.

Prince Charles, The Prince Of Wales and Diana, Princess Of Wales, in front of the Sydney Opera House in 1983.

Prince Charles and Diana, Princess Of Wales, at a gala performance by The Royal Ballet at the Berlin Opera House in 1987.

Leaving St Paul’s Cathedral in London after attending service for The Children’s Society in 1990. Diana is wearing a matching pink and white check wool coat dress by Catherine Walker and a Philip Somerville hat with a veil.

Princess Diana at the London Coliseum for a performance of the ballet Swan Lake by the Bolshoi Ballet, in 1989.

Princess Diana wearing a pink Bruce Oldfield suit at the Tokyo parliament, during a visit to Japan in 1986.

Diana, Princess of Wales, meets the crowds during a visit to Vienna, Austria in 1986. She is wearing a pink suit by Victor Edelstein and a hat by Frederick Fox.

For a visit to the Crown Prince Sheikh Hamad bin Khalifa Al Thani in Doha, Qatar, in 1986, Diana wore a pink dress by Victor Edelstein.

Prince Charles and Diana, Princess of Wales, attend a dinner in Palm Beach, Florida, US, in 1985. Diana is wearing a pink evening gown by Catherine Walker.

Princess Diana attends the premiere of the film Who Framed Roger Rabbit? at the Odeon Leicester Square in 1988, wearing a pale pink evening gown by Catherine Walker.

Arriving at Wetherby School in London for Prince Harry’s school carol concert in 1990.

Wearing a pink sailor-style dress with a white collar and a white hat, attending the wedding of her former flatmate Carolyn Pride to William Bartholomew at Chelsea Old Church in 1982.

Wearing a pink maternity dress and white sandals, attending a polo match at Guards Polo Club in Windsor, England, while pregnant with Prince William in 1982.

Wearing a pink dress designed by Catherine Walker and a pearl necklace, attending a gala concert at the Melbourne Concert Hall, Australia, in 1983.

With Prince Harry at Clarence House in London on the Queen Mother’s 92nd birthday in 1992.

Arriving for a recital by Kiri Te Kanawa in London wearing a dress by Victor Edelstein.

Princess Diana wearing a suit by Versace for a visit to a regiment.

Visiting The Hale Clinic in London.

Sitting outside Highgrove with Prince Harry.

Diana, Princess of Wales attends a state reception at the Crest International Hotel in 1983 in Brisbane, Australia.

Wearing a pink suit for a rehearsal of The Nutcracker at the Cite de la Musique at La Villette in 1992 in Paris, France.

Diana, Princess of Wales, wearing a pink Donald Campbell suit and a John Boyd hat at the Perth Hockey Stadium in Bentley, Australia, in 1983.

The Prince and Princess of Wales visiting the Royal Albert Hall and Royal College of Music in 1982. Diana is wearing a pink suit by Jasper Conran.

Visiting the Royal Star and Garter home for injured servicemen in Richmond, Surrey, in 1991, Diana is seen wearing a blue and pink dress by Catherine Walker, pictured with her bodyguard, Ken Wharfe.

During a visit in Westminster, London.

Arriving at an awards ceremony at The Savoy Hotel in London wearing a pink suit designed by Catherine Walker. 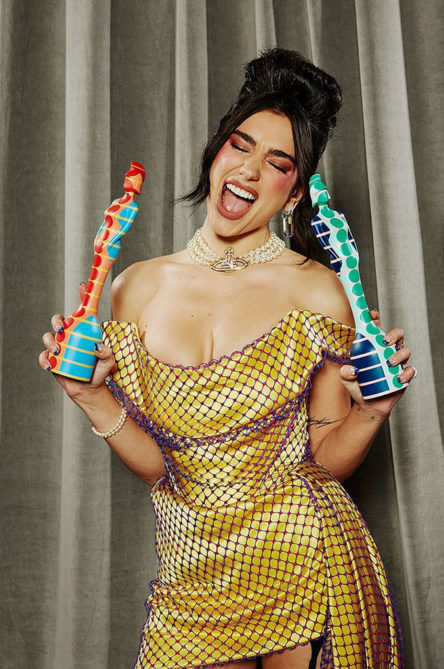